Aside from that, the beautifully curated program primarily features captivating performances of solo works that are presented in a logical progression of sound and temperament.

The musical journey begins with Isang Yun’s Monologue for bass clarinet. Gunnar Owen Hirthe’s tone is unblemished during the slow, introspective lines. During the work’s sudden bursts of sound with wild trill passages and pitch-bending in the instrument’s highest register, the clarinetist’s technique is undaunted. 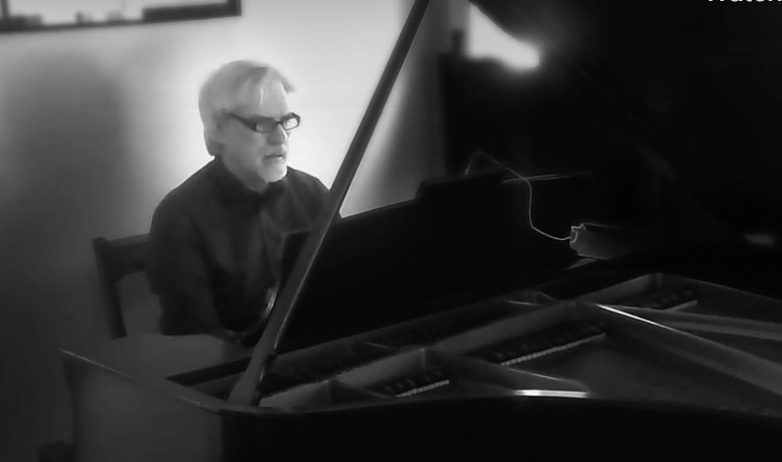 Pianist Nicholas Underhill brilliantly unravels Frederic Rzewski’s quirky take on the spiritual Down by the Riverside. The arrangement is full of off-kilter rhythms typical of the composer that build in complexity until suddenly transforming into a playful restatement of the tune. And somehow Underhill makes sense of it all.

Garth Knox’s Viola Spaces is a set of etudes, each of which explores a different extended technique. While the etudes were written for pedagogical purposes, James Rhodes makes music out of each of the four he presents.

“Beside the bridge” highlights sul ponticello. Its primitiveness is captivating and Rhodes is in complete control. The slow and mysterious “Ghosts” focuses on sul tasto while “One finger” is all about glissandos and multiple lines played with — one finger. “Nine fingers” is all about pizzicato. Here Rhodes becomes a one-man dance band. 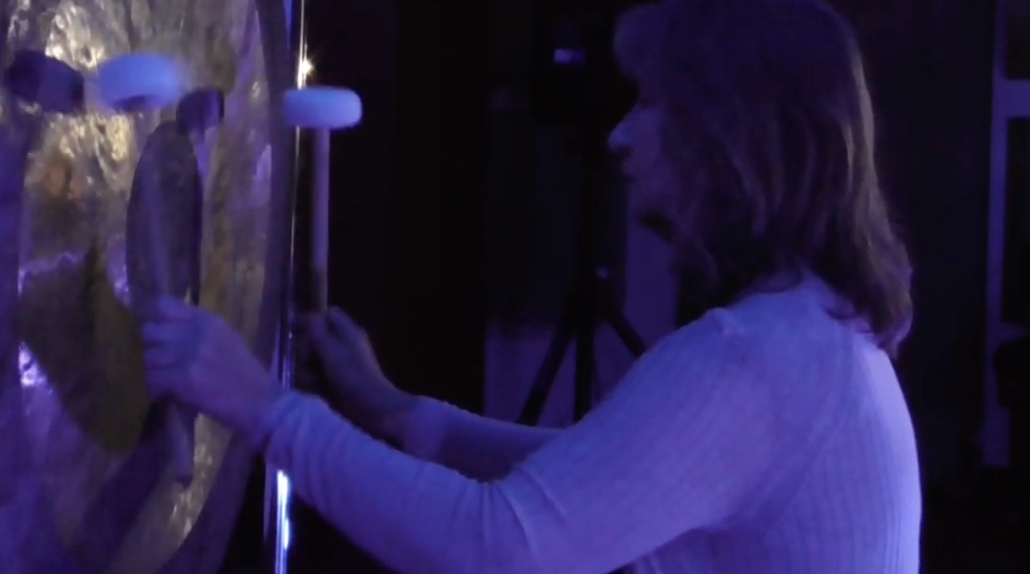 Percussionist Heather Barringer creates an alluring soundscape during Harold Budd’s Lyrio for solo gong. The composer, who had a long relationship with Zeitgeist, recently passed away from COVID and the performance is dedicated to his memory. Bathed in a soft blue light, Barringer brings soft rumbles and gentle tides to the piece, which is simultaneously mesmerizing, spiritual, and meditative, but most of all sonically interesting. 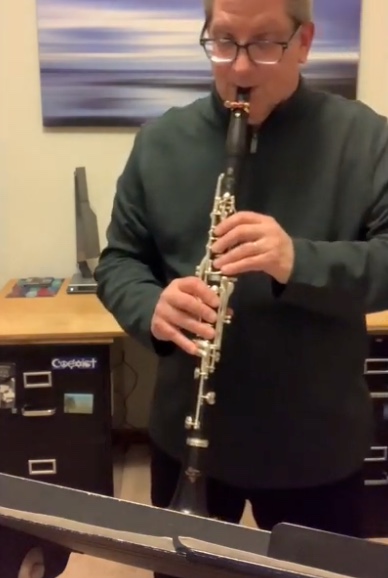 Clarinetist Pat O’Keefe is a musical wizard during Salvatore Sciarrino’s Let Me Die Before I Wake, a piece that leaves you wondering if it is of this world or perhaps another. 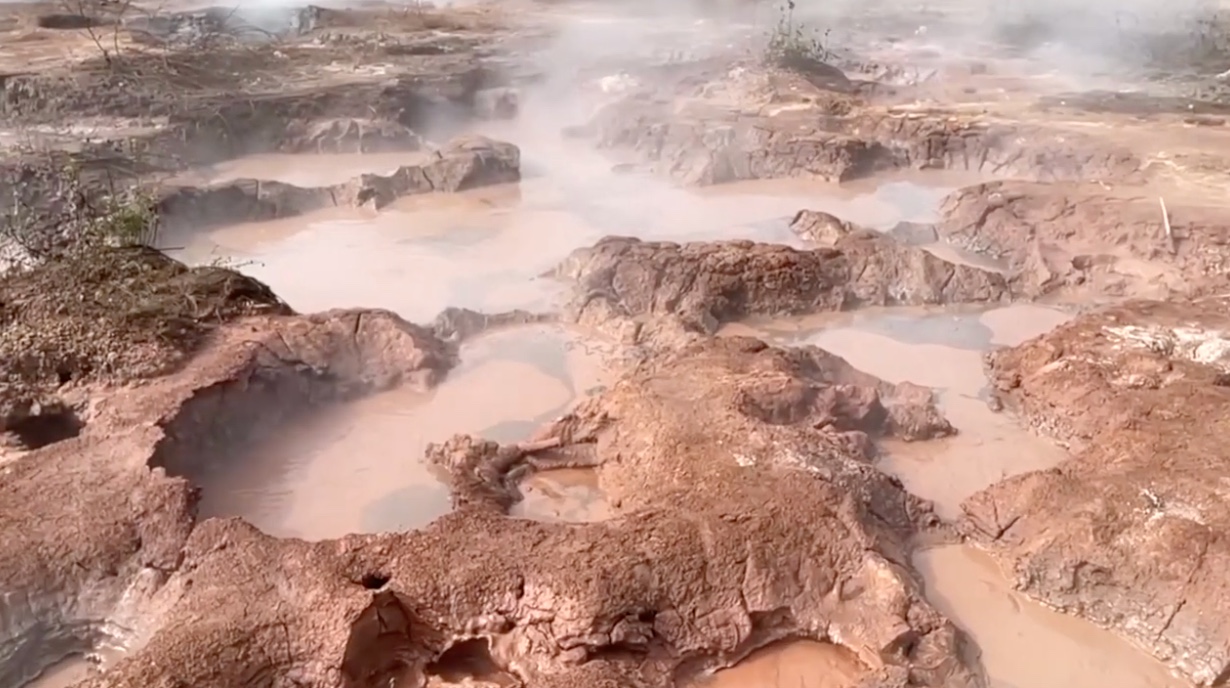 The Song of the Earth by environmental filmmaker and composer Philip Blackburn features footage of the boiling mud field in San Jacinto, Leon, Nicaragua. Vibraphonist Patti Cudd, with the assistance of recorded wind harps, creates drama during the work’s continuous flow of slow-moving, unresolving harmonic progressions which add mystery to the footage of muddy water oozing from the earth.

The program’s grand finale is the premiere of Scott Miller’s Exit velocity. During an interview with this publication, Miller talked about his use of telematic composition (collaboration among artists widely separated and linked through telecommunication), and his use of graphic notation (which replaces notes on a staff with visual symbols that are interpreted by each player). 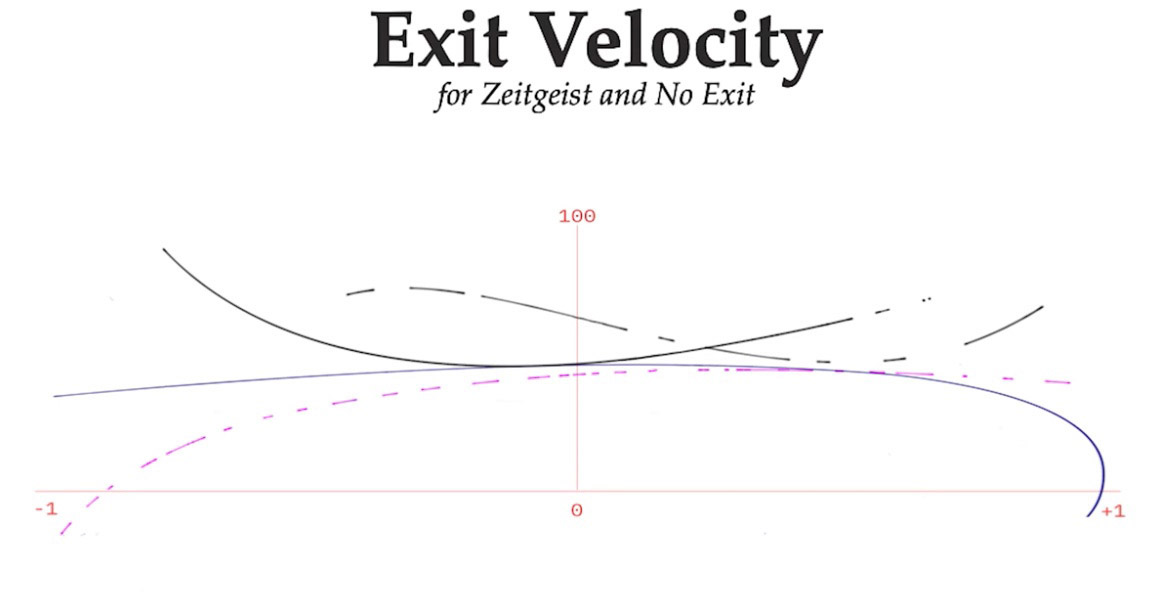 “One of the things that I like about graphic notation is how much agency it gives each performer to really be in the moment of making the music,” he said in that interview. “And that I think is what makes it succeed with telematic music making because rather than attempt to synchronize their behavior with four, five, or six other people whose information arrives at different moments in time, everybody is simply in their own moment.”

As always with No Exit, the sound and video are high quality and the production’s “film noir” concept seamlessly and oftentimes humorously weaves each portion of the show into 82 minutes of viewing and listening pleasure.