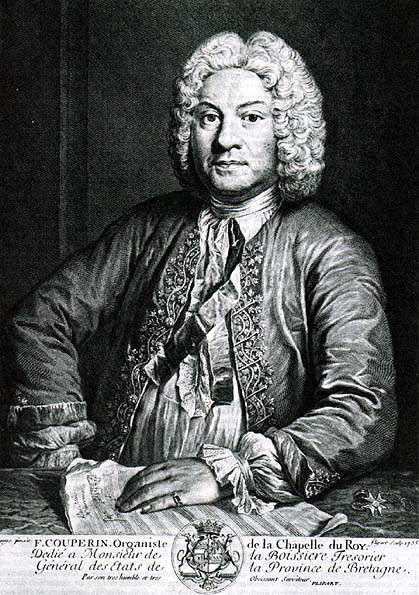 If people seemed a bit wooly-headed on Friday morning, the day began with Donner und Blitzen: nearly everybody sleeping near a window was rudely awakened about 5 in the morning by bright flashes of lightning and heavenly timpani.

Mark Edwards spent two hours in his harpsichord class reflecting on the finer points of ornamentation and touch, beginning with a Rondeau by François Couperin whose languorous first half suddenly turned lively. Edwards pointed out that Couperin was an awesome player whose notation of ornaments preserved all his niceties of touch and style. In a second work, Edwards advised a student to make a difference between a downward motion and the feeling of gripping the sound of the instrument toward you.

Friday afternoon was devoted to final coachings for Saturday’s marathon ensembles concert. Ensembles with organ continuo got first dibs on Kulas Recital Hall for their “dress rehearsal,” while others signed up for 15-minute slots on Saturday. This meant that my group got a final coaching after its dress rehearsal — for which the much-traveled continuo organ made yet another journey from the 2 pm session in Kulas to the 3 pm coaching in an organ practice room.

Pieces, like cathedrals, are never finished, only abandoned, so with the help of Lucas Harris’ recording from the 2pm session, we found tiny things to correct or improve upon. Joe Gascho dropped by late in the coaching with some helpful advice for me: don’t play too low on the keyboard when the singer is in the upper register; and take some improvisatory risks with the continuo part especially when the words have to do with “fluttering.” 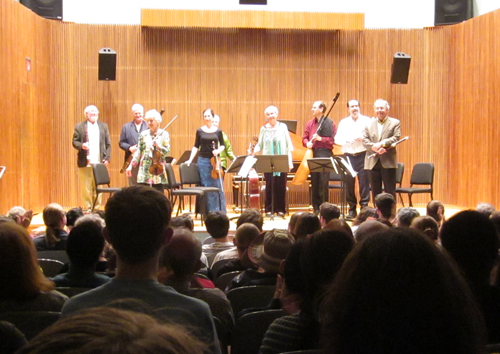 BPI’s faculty don’t just teach, they also perform — one of the most immediate ways to demonstrate pedagogical points — so both Friday evenings of the institute are dedicated to faculty concerts. The small ensemble version in Kulas on June 23 included solo pieces by fortepianist David Breitman (the 3-voice Ricercar from J.S. Bach’s Musical Offering) and violinist Marilyn McDonald (two Ayres by Nicola Matteis). 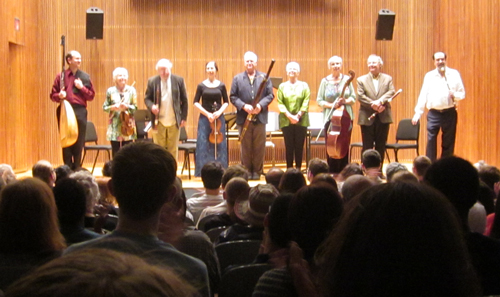 The long but thoroughly enjoyable evening ended with François Couperin’s Les Nations, Troisiéme Order: L’Impériale. The ensemble of nine players — McDonald, Andrijeski, Meints, Krueger, Lynn, Schachman, and Harris, joined by bassoonist Andrew Schwarz and harpsichordist Lisa Goode Crawford — alternated between strings and winds, then joined in a colorful mixes of colors and rich tuttis in a Sonade and nine dance movements. These folks really know how to bring Baroque music to life.

Franz Schmidt’s Symphony No. 4 showcased the ensemble, under guest conductor Jonathan Berman, in the standard conventions of a not-so-standard piece. But at the start of the program, the musicians were equal partners to pianist Cédric Tiberghien, whose playing could be as bold as the full orchestra or as intimate as any instrumental solo. END_OF_DOCUMENT_TOKEN_TO_BE_REPLACED

END_OF_DOCUMENT_TOKEN_TO_BE_REPLACED

Jackson began the program with a recitation of Langston Hughes’ poem “Helen Keller” — the first of five poems by Hughes that served as interludes between each piece on the first half. END_OF_DOCUMENT_TOKEN_TO_BE_REPLACED

Pianos with pins and tape on strings, a bass drum and tam tam, crotales, Almglocken, and vibes. Microphones were hooked up all around the instruments. The feed was sent to speakers around the room. Lighting designer Nicholas Houfek hung incandescent globes over the arrangement of instruments from thin black wires stretching across the beams. END_OF_DOCUMENT_TOKEN_TO_BE_REPLACED

From the podium, Elim Chan set an ambitious tone for the evening. The rising star conductor, here in her Cleveland Orchestra debut, has a commanding style, and every twist and turn in Saturday’s performance tracked closely with her baton. END_OF_DOCUMENT_TOKEN_TO_BE_REPLACED