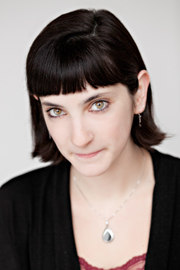 There are those who welcome change and those who resist it. Classical music patrons who fall into the latter category would have everyone believe that their choice of music is dying. When asked to elaborate, those dejected, averse-to-change listeners will cite the same signs of its imminent death that have been listed ever since the birth of rock and roll: aging patrons and half-empty concert halls. For them, classical music is engaged in a losing battle. However, forward thinking classical music lovers, who welcome and even embrace change, see opportunity rather than wreckage. It is not the music that is dying but rather, the tradition in which audiences receive it.

Although classical music tends to draw an older, “graying” crowd, not all of its enthusiasts are dropping like flies. Therein lays a flaw in cynical patrons’ point of view: their information is faulty due to its subjectivity. Perhaps older audiences appreciate and understand classical music better than other genres; maybe they were exposed to it or found interest in it later in life. Could it be that their current life experiences draw them to classical music just like the current life experiences of energetic college students draws them to pop or techno? That is not to say, however, that classical music does not have a footing in younger generations. Simply look at the myriad conservatories and music schools dotting the international landscape – it seems that almost every urban center has at least one decent to excellent music school.

If classical music enthusiasts are not all dying or already dead, how do we explain the decline of audiences in the big concert halls? The music is as beautiful as ever and the performers that conservatories churn out yearly are more and more proficient. Why, then, does it seem as though classical music has already had its heyday? The music hasn’t, as is evidenced by the number of performers and the caliber of performances that an audience member can hear almost anywhere. The outdated factor of a concert featuring classical music is the concert tradition itself. Ours is a generation of instant gratification, with the world at our fingertips and endless entertainment right at home. The traditional concert hall setting for classical music simply does not fit into our cultural habits. Why go to a concert hall that is forty minutes away when you can rent a DVD and watch it in high definition in your own living room with surround sound? While it is true that there is nothing quite like experiencing a great live concert, how often do these unique events actually occur? If a local opera company is performing The Magic Flute but the movie theater down the street is showing The Met’s latest simulcast, who wouldn’t prefer the comfort of a movie theater, where you can even eat and drink during the performance?

The sad truth is that going to a concert just to hear a concert is no longer enough impetus to leave the house. If someone is expected to put in the effort of going to a concert, there had better be fireworks, costume changes or some other “wow” factor that engages each individual member of the audience. It is not a question of why no one is coming – it is easier, cheaper and, oftentimes, more entertaining not to go – but how to draw those people who are staying at home. The element that every arts administrator and public relations employee should be examining is that one aspect that makes their symphony orchestra, their solo recital series or their chamber music event different from all of the others.

One way to prevent the extinction of the concert experience is through education. Every concert should include an element of growth and learning. Due to the historical component inherent in classical music, modern audiences need to contextualize the music to truly understand it, otherwise they may find it boring and unmoving. Shostakovich’s Tenth Symphony is a masterpiece that most average citizens could not fully experience without knowing that it was the first symphony that he wrote outside the omnipresent glare of the Soviet Regime. Its fearsome and fleeting second movement is even more powerful knowing that Shostakovich described it as a portrait of Stalin. Of course, these details are written in the program notes, but having someone standing in front of an audience and telling the piece’s story is so much more personal.

Concerts must also be updated to fulfill the needs of its audience, which means that concerts containing older music must somehow be made accessible to today’s societal and cultural idiosyncrasies. As a whole, this generation cannot concentrate without checking Facebook, Twitter, texts and emails every five minutes, is relatively narcissistic, and has little desire to leave the comfort of home. Administrators hoping to promote classical music must somehow address these very real and common traits and incorporate them into the concert series. How can administrators convince more people to go to concerts? Have more venues that are smaller and more intimate than The Concert Hall. If every few blocks had a café that served mochas and music, wouldn’t people attend the concerts? And while it is unrealistic to have a symphony orchestra play in a coffeehouse, couldn’t a concert hall bring the ethos of a café or a bar into their venue? Why can’t the lively atmosphere and drink availability inherent to cafes and bars be transplanted to large concert halls? (Who wouldn’t want to listen to Daphnis et Chloe accompanied by a nice glass of cognac?)

A concert’s program is a very important aspect to consider when trying to appeal to larger and more disparate audiences. Due to our cultural attention deficit, the pieces making up the program should be shorter and somehow connected by a common thread or theme. The programs as a whole do not need to be shorter, but there should be smaller chunks of music. However, this brings into question larger pieces such as symphonies and operas. It is pieces like these that an explanation and analysis (not theoretical but historical and contextual) is of an utmost importance. An uninformed listener to a Mahler symphony may feel like he is drowning endlessly in a sea of massive chords while his neighbor does not feel that time is at a standstill because she knows and loves the music. If knowledge is power, than we must start educating our audiences.

The final element in contemporizing old music is mixing it with the new, current and now. By combining media, arts and music, surprising relationships can emerge. Playing live classical music in an unexpected venue (such as The Cleveland Orchestra’s occasional Offstage Concerts, one of which brought visiting cello soloist Alban Gerhardt to a local supermarket) can draw out customers’ otherwise dormant curiosities about the music. This is where administrators, artists and managers can have fun by finding themes, linking together different genres of art and music and presenting it to an audience.

Classical music is in an exciting, not tenuous, position in our culture. If everything from aesthetic sensibilities to technology is changing and growing, why shouldn’t our perception and appreciation of classical music change and grow with it? Rather than fearing its death, we must open up the vault for new experiences.

Charlotte Dutton is a fifth-year double-degree candidate majoring in German Studies and Piano Performance at Oberlin College and Conservatory. The North Hollywood, California native believes that music has a unique power to bring people of all cultures and backgrounds together. She participated in Oberlin’s Entrepreneurship Scholars Program and was awarded a grant from Oberlin’s Creativity Fund to study the creation and sustenance of urban cultural societies with an emphasis on music. After her graduation in May, she intends to move to New York and follow her dream of becoming a non-performing music enthusiast, working in the fields of performing arts administration, music education, and music writing. She has been named one of ten Rubin Fellows who will participate in Oberlin’s Rubin Institute for Music Criticism in January.

With this work, premiered in 1907, Sibelius offered a bold departure from the explosive emotionalism so prevalent in late-Romantic era music. This symphony was a renewed embrace of Classicism’s purity of form and melody, and one that, oddly enough, left many initial audiences of the day somewhat bewildered. END_OF_DOCUMENT_TOKEN_TO_BE_REPLACED

After eating a Po’boy from The Dawg Bowl Cajun food truck, I caught the first half of Brian Culbertson’s show in The Connor Palace Theatre. END_OF_DOCUMENT_TOKEN_TO_BE_REPLACED