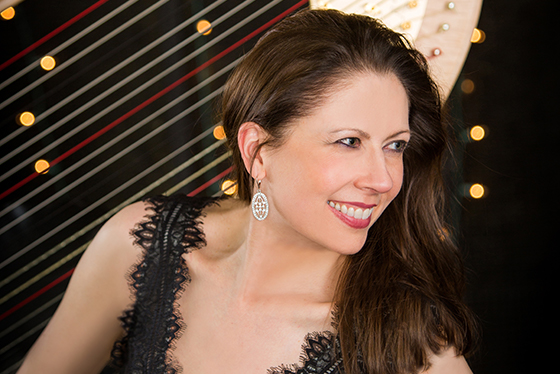 Artists, arts organizations, and schools of music have found inventive ways of providing homebound audiences with a seemingly never-ending stream of performances during the ongoing COVID-19 pandemic. The question is, what will make yours stand apart from the others?

Beginning on Tuesday, April 14 at 7:30 pm, the Oberlin Conservatory will debut Oberlin Stage Left, a new online series featuring faculty and students, as well as fascinating guests from throughout the musical world. The programs promise to be fun, informative, and “distinctly Oberlin.” New episodes will be broadcast on Tuesday and Thursday evenings and Sunday afternoons. The inaugural performance will feature harp professor Yolanda Kondonassis and the Oberlin Orchestra, Raphael Jiménez, conducting, in Ginastera’s Harp Concerto, preceded by a recently recorded interview with Kondonassis by Conservatory Dean William Quillen. 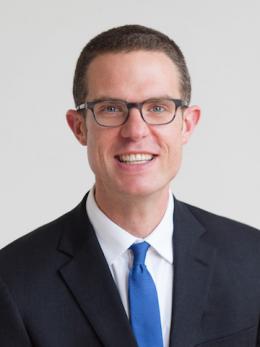 In a press release, Quillen said, “Fostering connections through the artistry of our Oberlin community is central to what we do — in good times and in challenging times too. With this great wealth of creativity come great opportunities to share it with those who can’t experience it firsthand. Through Oberlin Stage Left, we are thrilled to offer exciting new points of connection, inspiration, and discovery for everyone who finds joy and comfort in the work of our creative community.”

Thea Boyd, the Conservatory’s director of artistic programming and external relations, said in a recent telephone conversation that when they began discussing the creation of an online presence, it was important to look at the lay of the land. “We decided that we would see what other people were doing and proceed from there. We also had to think about how to engage our audience at a time when people are saturated with online offerings. So we tried to create interesting content for the Oberlin family. And that family isn’t just the Conservatory or just the College, but also Northeast Ohio and beyond. I think we’ve come up with a series where there should be something for everyone.” 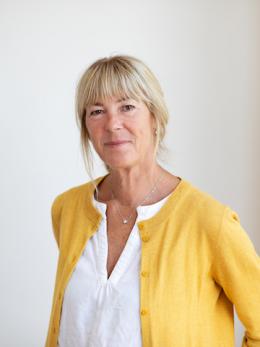 Boyd pointed out that developing Oberlin Stage Left was a lot of work involving many people, including the entire Communications Office. “We brainstormed about who our audience is — it’s a diverse one — and thought about what they would like rather than what we think they should hear. It’s not a ‘you must eat your vegetables’ type of thing.” Boyd added that providing the audience with some levity was also important. “We can all use a little bit of that right now.”

Prior to Tuesday’s performance, Quillen and Kondonassis will talk about Ginastera’s Concerto, as well as the harpist’s own connections to the composer and the piece. “Yolanda has such an incredible presence as a person and as a performer,” Boyd said. “The cliché is that with every crisis comes an opportunity. The type of intermission concert chat you have during a live performance is far shorter than what we are able to have here. To have an in-depth conversation about more personal things gives the artist a different connection with the audience, which is thrilling. And since the performance was pre-recorded, it gives a good sense of what Finney Chapel looks like when it’s up and running.” 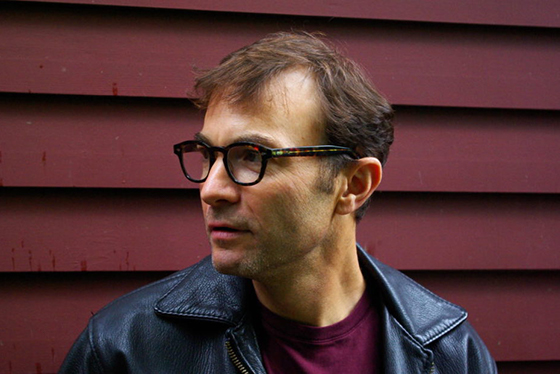 On Thursday, April 16 at 7:30 pm, ethnomusicology professor Kathryn Metz will have a conversation with rock music biographer Peter Carlin, who has chronicled the lives of Paul McCartney, Bruce Springsteen, Paul Simon, and others. They’ll touch on the work that went into Carlin’s biography of The Beach Boys’ Brian Wilson as well as his forthcoming book on the genius of Warner Bros. Records.

Oberlin Stage Left will continue on Sunday, April 19 at 2:00 pm with a screening of the documentary Composed, which probes the phenomenon of performance anxiety through the experience of classical musicians. The 78-minute film features musicians and mental health experts from the U.S. and U.K., including Oberlin’s own Peter Slowik (professor of viola) and Robert Walters (professor of oboe and English horn, and member of The Cleveland Orchestra) as well as other members of major orchestras.

The screening will be preceded by an interview between flute professor Alexa Still and a musician featured in the film: cellist Rachael Lander, who has performed with the London Chamber Orchestra and in a multitude of live and studio settings, including tours with prominent pop and rock artists. 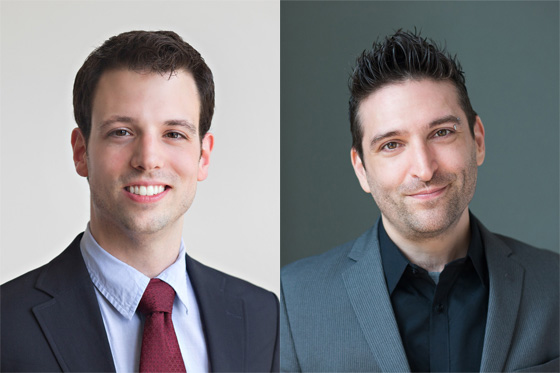 On Tuesday, April 21 at 7:30 pm, musicology professor Jamie O’Leary and opera theater professor Chris Mirto will reprise their ConFab listening party, Beat the Blues with Broadway. “This is all about Broadway tunes,” Boyd said. “Who doesn’t like Broadway and who doesn’t want to know a bit more about its history? And taking a line from Kinky Boots, it’s a good day to be fabulous and right now we all need a day to be fabulous.”

The episode on Thursday, April 23 at 7:30 pm will celebrate the April 24 release of Rands at Oberlin on the Oberlin Music label. The disc features the world premiere recording of Bernard Rands’ Concerto for English Horn and Orchestra, featuring Robert Walters and the Oberlin Orchestra under the direction of Raphael Jiménez. A conversation between Walters and Rands will take place prior to the sneak-peek performance of the concerto. 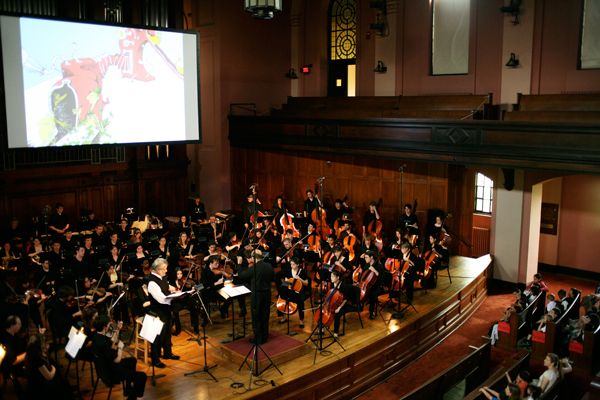 The first set of Stage Left programs will conclude on Sunday, April 26 at 2:00 pm with “Story Time with The Sneetches and Oberlin Orchestra.” The 2013 Oberlin Music release of The Sneetches, with a text by Dr. Seuss, brings the perils of bigotry to life through a performance of Lorenzo Palomo’s original score, featuring narration by actor John de Lancie (Star Trek: The Next Generation, Breaking Bad).

The family-friendly broadcast will include an introduction by musicology professor Steven Plank and his grandkids. You can also enjoy it on demand any evening at bedtime.

Winding down our conversation, Thea Boyd said that she thoroughly enjoyed seeing what other artists and institutions are creating in response to the COVID-19 stay-at-home orders. “This is not a competition. There is no prize for the person or institution that has the most interesting videos or website. It’s about everybody sharing ideas and collaborations. It’s about supporting and being part of our community, and that’s what music is all about.”

Jackson began the program with a recitation of Langston Hughes’ poem “Helen Keller” — the first of five poems by Hughes that served as interludes between each piece on the first half. END_OF_DOCUMENT_TOKEN_TO_BE_REPLACED

Pianos with pins and tape on strings, a bass drum and tam tam, crotales, Almglocken, and vibes. Microphones were hooked up all around the instruments. The feed was sent to speakers around the room. Lighting designer Nicholas Houfek hung incandescent globes over the arrangement of instruments from thin black wires stretching across the beams. END_OF_DOCUMENT_TOKEN_TO_BE_REPLACED

From the podium, Elim Chan set an ambitious tone for the evening. The rising star conductor, here in her Cleveland Orchestra debut, has a commanding style, and every twist and turn in Saturday’s performance tracked closely with her baton. END_OF_DOCUMENT_TOKEN_TO_BE_REPLACED