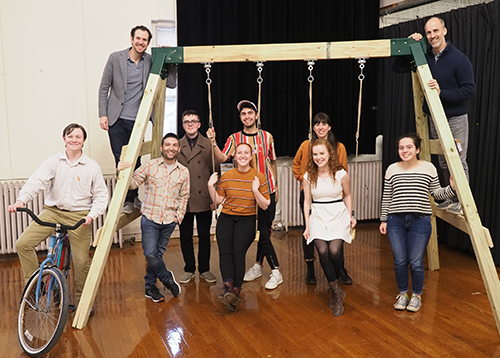 “Rehearsals are going great,” Mirto said during a recent telephone conversation. “I think we’re in very good shape. I’m really excited because the opera is only a year old, and these are the first performances since it finished its commission cycle.”

A co-commission by Washington National Opera, Opera Omaha, and the Miller Theater at Columbia University, the opera is based on a short story by Karen Russell which recounts the struggles a group of families have meeting the Homestead Act’s grant requirements — each home must have one glass window, something most cannot afford.

In an Opera Omaha promotional video, Mazzoli says that Proving Up is about “the darker side of the American Dream, which touched upon a question that I had, which was, can an American family work incredibly hard, and do everything right, and still fail?” 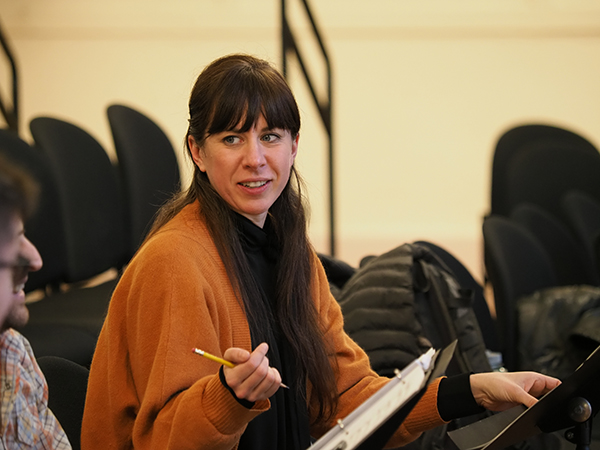 Following the opera’s premiere in January of 2018, Anne Midgette of The Washington Post wrote that the opera “…presents a vision of the American Dream as American nightmare. Our nation’s rosy myth of resilient homesteaders, the wholesome world of Laura Ingalls Wilder’s books, is exposed as a chimera in which people were lured with the promise of ‘free’ land into sacrificing their entire lives — all in a 70-minute work that could be summed up as The Turn of the Screw meets Willa Cather, as told by Stephen King.”

Mirto first met Mazzoli though Royce Vavrek at a production of the composer’s and librettist’s critically acclaimed opera Breaking the Waves. What is it about her music that Mirto finds attractive? “It’s very theatrical. It’s so rich and textured, and thoughtfully composed, which sounds silly to say, but it is so clear. She does some exciting things with instruments. One of the features of the orchestra is the seven guitars that are played by the percussion section. They are hung and struck with mallets, which creates an interesting sound. At one point sounds are created in the piano by taking a quarter and dragging it along the strings.” 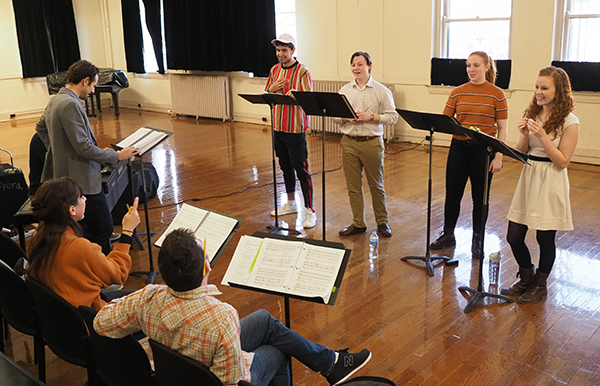 The director said he is drawn to the opera’s story because it reminds him of his own family. “I watched as my parents were always making decisions that prioritized our safety and health — how do you feed five kids on a budget? There are also quiet moments between mother and son and father and son, and siblings fighting and making up. The swing set reminds me of the monkey bars my dad built, and how it became the centerpiece of our backyard. What makes a home is a big question in the opera.”

Do the characters believe in the American Dream? “I think you can see cracks in that very quickly,” Mirto said. “What makes the opera so thrilling is that inside that idealism, there are subtle moments where you can see that there is a question mark at the end of the bold statement. As parents the thing you want to pass on to your kids is that hard work will pay off, and it’s tough to realize that that is not always the case.” Mirto also connected that to being a teacher. “How do you train young singers to be realistic and idealistic at the same time? It is that unbridled passion that gets you to the next step. The opera brings up a lot of those things.”

What does he hope audiences will take away from the opera? “Just in terms of the plot, I hope it will raise questions about right and wrong, and what is real and what isn’t. I think the play is this gorgeous mystery that is haunting and doesn’t offer a lot of easy answers.”

Mirto said that the students were surprised to learn that he finds Proving Up to be even more dark and bleak than last year’s Winter Term Opera, Du Yun’s and Royce Vavrek’s Angel’s Bone. “I don’t want to give it away, but the ending of this opera is devastating, and I don’t think they really understood that until we got to it. Here we are given a family of real people that we watch, as opposed to the fractured storytelling that was Angel’s Bone.” 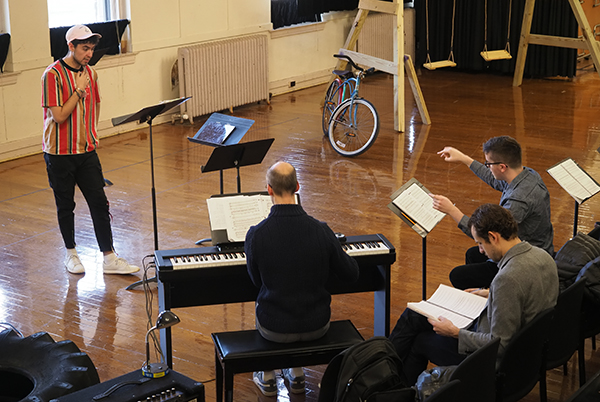 A big thrill for the students was the opportunity to reunite with Vavrek and to work with Mazzoli. “When they heard Royce was coming back they were beside themselves, and when Missy showed up for the rehearsal I have never seen a group of young students so excited. What a gift — they were interpreting her music in front of her and they got on-the-spot feedback. They were told by the composer that she really dug the choices they were making, and she gave them ideas and notes. She has been so receptive throughout the process in terms of offering her support. I’ve sent her videos and she’s weighed in on a couple of ideas, but it was cool for the students to see someone at Missy’s level be so accessible, and lovely, awesome, and smart.”

END_OF_DOCUMENT_TOKEN_TO_BE_REPLACED

The Orpheus myth inspired French Baroque composers Jean-Philippe Rameau and Philippe Courbois to write expressive solo cantatas about the famous Greek musician-poet and his futile attempts — because of his own impatience — to rescue his beloved Eurydice from the grasp of Pluto in the Underworld. These are beautifully performed by the clear-voiced soprano Hannah De Priest and the velvet-throated baritone Jonathan Woody (who makes a walk-on appearance in the Rameau). END_OF_DOCUMENT_TOKEN_TO_BE_REPLACED

Now that live concerts are beginning to proliferate, it was delightful to hear Oberlin cello professor Darrett Adkins ring a change on the solo suite format with his Hypersuite No. 3 on September 28 in the Cirigliano Studio Theatre at Lorain County Community College. His program opened the new season of Signature Series performances in Elyria, and was dedicated to the memory of Eva Hornyak. END_OF_DOCUMENT_TOKEN_TO_BE_REPLACED