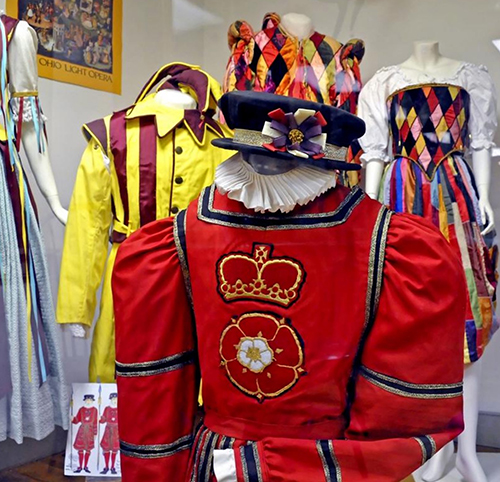 Obviously, I Do! I Do! (the famous two-person, one-set musical of 1966) isn’t nearly as demanding or complex as Phantom of the Opera, but either of them could easily have been ruined by a lack of proper attention to the necessities. For the former, that meant two nightgowns and a huge bed. For the latter, it seemed like half the population of Paris was onstage at times.

Or, think of Cats. Could any costumes ever have been more important than for this production? Well, maybe for Hair, which was more a case of absence of costumes.

Because most operettas take place in other countries and eras, costumers become perhaps the most important of the technical departments. First of all, the Costume Designer must understand the complexities of the required performance for each actor.

The color palette used by the design team also provides many details that might otherwise require words to explain. There are ways to use a color without really using it. Think about the immense variety of shades in the red family, for instance. Is the setting interior or exterior? Bright and sunny, or gray and gloomy? Is the action to take place in a palace or a stable? If it’s in the great outdoors, is it rainy, snowy, or sunny? 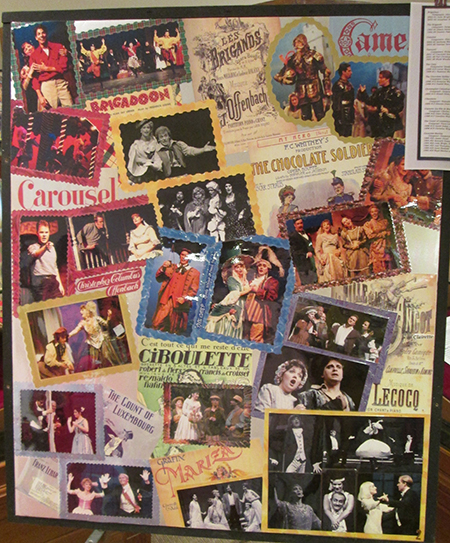 Costumes can tell you nearly everything you want or need to know about a production. Is the setting historical or contemporary? Are the characters sophisticated, wealthy, noble, or newly rich? Are they from a rural background, or the servant class? Are they young or old? Do they need to dance as well as sing? (Kicklines do not do well with ankle-length dresses!)

Individual sensibilities must also be taken into consideration. Is the actor allergic to any fabrics? Hopefully not a really necessary one. What about color, which is often very personal, and can affect the attitude of the wearer. Body style, of course, is also very important.

Although these questions cross all the dramatic boundaries, consider for a moment the location of the productions staged by Ohio Light Opera this season. Beginning with The Pajama Game, set in Iowa in the early 1950s, the next show was set in mid-depression Long Island, NY, normally an enclave of wealthy folks, but not necessarily this time around. From there we found ourselves in Paris in the late ‘20s, and Candide took us on a mixed-up time-travel venture to numerous lands, first backwards then forwards again. 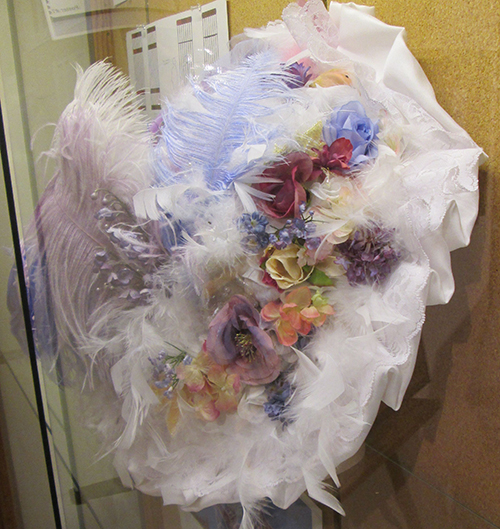 One production took place in England in the late 1880s, in a decidedly prestigious setting, with lords rampant everywhere, not to mention fairies. Then we moved to Lima, Peru in 1750 or so, and finally back to Paris in the early 1920s. What a fabulous round-the-world trip we had, enhanced by the art of the costumer, as well as the set and lighting designers.

Imagine trying to clothe 40 singers and dancers of varying sizes and stature in such a variety of styles, but without those costumes, the enjoyment level of the audience members would drop seriously.

Nearly every costume is built new for each OLO production — not all, of course, because some of the cast return each year, and a costume might be recycled by the simple addition of lace or fringe. Men’s costumes are generally easier. What man isn’t immediately gorgeous in a tuxedo? 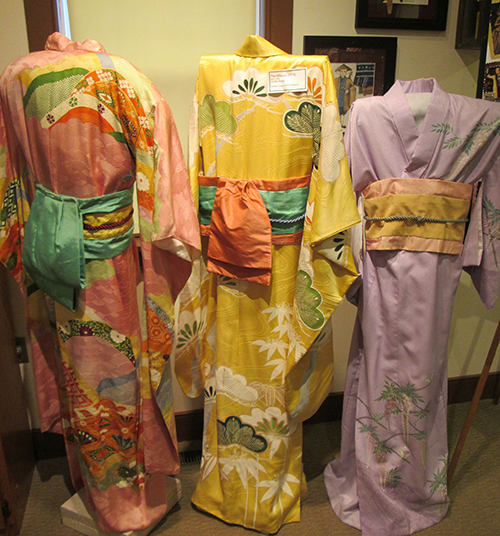 You can get a capsule look at all these intricacies at the Wayne County Historical Society in Wooster through October 31, 2018, thanks to the generosity of Ohio Light Opera and its head Costume Designer, Charlene Gross. “Ohio Light Opera: A Costume Retrospective” showcases four decades of OLO history through costume and design. The exhibit is open during the Society’s regular hours, Fridays and Saturdays from 1:00 pm to 4:00 pm, and admission is $5 per person. The Society is located at 546 E. Bowman, just east of Beall Avenue. For more information, phone (330) 264-8856 or send an email.

END_OF_DOCUMENT_TOKEN_TO_BE_REPLACED

Rodgers & Hammerstein’s Cinderella was originally produced for television in 1957 — seven years after the animated Disney film was released — and starred Julie Andrews. According to the Rodgers & Hammerstein website, it was viewed by over 100 million people. END_OF_DOCUMENT_TOKEN_TO_BE_REPLACED

The story line has its origin in an 1855 play and an 1842 farce that Thornton Wilder mined for his 1938 play The Merchant of Yonkers. When that turned out to be a flop, in 1954 Wilder made the crucial decision to re-center the show around the character of the legendary marriage broker Dolly Gallagher Levi and renamed it The Matchmaker. END_OF_DOCUMENT_TOKEN_TO_BE_REPLACED

The Dodero Center for the Performing Arts at the Gilmore Academy in Gates Mills is one feature of an impressive campus. The auditorium is shallow, the stage is deep, and the ensemble played without a shell. Throughout the program, the sound, especially in instruments’ lower registers, tended to disappear. END_OF_DOCUMENT_TOKEN_TO_BE_REPLACED