Whether you’re an opera aficionado, a casual listener, or opera-curious, Cleveland Opera Theater’s Free Summer Concert Series is the way to experience all that the art form has to offer. On Sunday, August 26, gather your friends and family, pack up your blankets and lawn chairs, and head to Cleveland’s MidTown area for an evening of opera favorites at the Dunham Tavern Museum.

The grounds will open at 5:00 pm, and while picnics are welcome, Scott’s Fire and Ice Food Truck will be on hand with wood-fired pizzas and gelato available for purchase. Cleveland Opera Theater will be selling wine, the proceeds of which will benefit the free summer concerts. “It’s opera tailgating at its best,” Scott Skiba, the company’s executive artistic director (no relation to the food truck), said during a recent telephone conversation. “These concerts provide a family-friendly gateway to discover and experience opera. We see that people who have come will often return for a main stage production or our Opera UpClose series.” 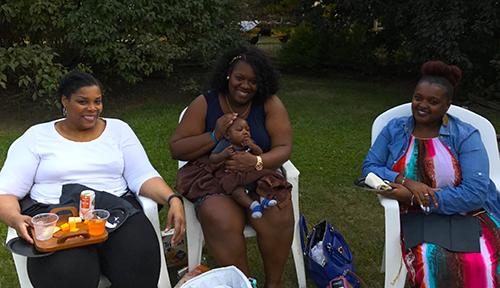 The dynamic duo of Mozart and Da Ponte will be represented by “Aprite un po’” from Le nozze di Figaro and “Là ci darem la mano” from Don Giovanni, while the French contingent comes by way of Bizet’s “Parle-moi de ma mère!” and “Votre toast” from Carmen and “Au fond du temple saint” from Pearl Fishers, and Gounod’s “Ah! Je ris” from Faust.,

The slightly lighter side of opera will include “Adele’s Laughing Song” from Die Fledermaus, “Vilia” from The Merry Widow, “Lonely House” from Street Scene, and “Tonight” from West Side Story. The concert’s expansive playlist also offers Art Song with Schumann’s Widmung and Schubert’s Du bist die Ruh.

Skiba noted that Sunday’s concert also provides an opportunity for people to learn more about all of Cleveland Opera Theater’s activities. A sneak preview of the upcoming season will be offered at a 5:00 pm VIP reception with wine, food, and private performance. Tickets are available online.

The company’s 2018-19 season includes productions of The Barber of Seville (October 6 and 7) and La Traviata (April 26 and 28) at the Maltz Performing Arts Center, and the annual {New Opera Works} Festival will be held from February 6 through 10 and will feature composer Jake Heggie. 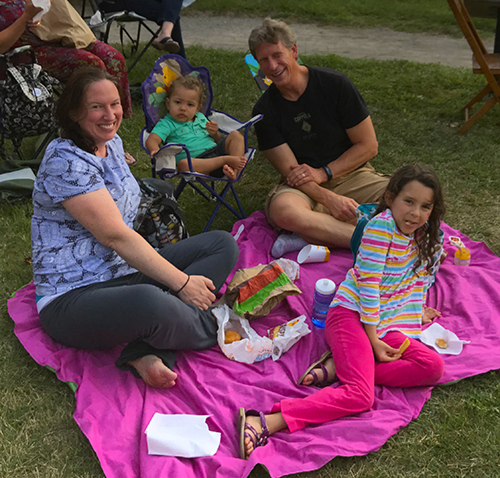 “We’re adding a new partner to our Opera UpClose venues this year,” Skiba said. “In addition to the Bop Stop, Nighttown, and Music Box Supper Club, we’ll be working with the Zack Bruell Restaurant Group at Chinato on East 4th street on September 25. The performance will feature the Barber cast.”

Rounding out the season will be the annual free performances of Amahl and the Night Visitors. “We’ll be collaborating with The City Mission again this year, and in addition to Holy Rosary Church, we’re also performing at Old Stone Church in Public Square. This is a nice counterbalance to the free Summer Series.”

Jackson began the program with a recitation of Langston Hughes’ poem “Helen Keller” — the first of five poems by Hughes that served as interludes between each piece on the first half. END_OF_DOCUMENT_TOKEN_TO_BE_REPLACED

Pianos with pins and tape on strings, a bass drum and tam tam, crotales, Almglocken, and vibes. Microphones were hooked up all around the instruments. The feed was sent to speakers around the room. Lighting designer Nicholas Houfek hung incandescent globes over the arrangement of instruments from thin black wires stretching across the beams. END_OF_DOCUMENT_TOKEN_TO_BE_REPLACED

From the podium, Elim Chan set an ambitious tone for the evening. The rising star conductor, here in her Cleveland Orchestra debut, has a commanding style, and every twist and turn in Saturday’s performance tracked closely with her baton. END_OF_DOCUMENT_TOKEN_TO_BE_REPLACED