From its inception, Heights Arts Close Encounters Chamber Music series has presented interestingly curated programs in unique spaces. On Sunday, January 21 at the Bop Stop, the series just might have outdone itself with a program titled Rhythms, Rhymes, and the Kitchen Sink. “How many people have ever been to a concert that combines music for English horn, bassoon, and piano with poetry, performed in a jazz club,” English hornist and poet Robert Walters asked the large audience. Needless to say, nobody had. “This may be a first in Western Civilization,” Walters exclaimed.

It takes a unique artist to put together a program like this and Walters is just the man for the job —  he serves as solo English hornist of The Cleveland Orchestra and professor of oboe at Oberlin Conservatory, and he also holds a Master’s of Fine Arts in fiction and poetry from Columbia University. His writing credits include the cycle of poems Songs of Addiction, which was turned into an off-off Broadway theater production by La MaMa Experimental Theater Club.

Walters began with a heartrending recitation of Communication, a poem written in memory of his close friend, Cleveland Orchestra bassist Charles Barr, whose life was taken at age 31 when he was hit by a truck while cycling. Walters has a vivid use of language that makes you feel as though you knew his friend by the poem’s end — “You can make anyone like anything just by being there.”

E is for Echo, Departure, and Cello were dedicated to his mother, who passed away last year. Again, Walters’ colorful writing, combined with his sometimes wry sense of humor during introductions, made you sad that you had never met her.

All told, Walters presented nine poems of extraordinary quality — the final, Osso Bucco, he dedicated to a “very vegan” girlfriend.

During the first half Walters interleaved his poetry with performances of Jean Sibelius’ Romance, Op. 24, No. 9, Henrik Andriessen’s Variations on a Theme by Haydn for English horn and piano, and Debussy’s Première Rhapsodie. Although it was written for violin, Walters made a convincing case for playing Sibelius’ brief bucolic work on English horn. His interpretation of the Debussy — originally composed for saxophone — was a pleasure to hear. He negotiated the work’s technical passages with ease and brought out its jazzy flavor with flair.

Beginning with a direct quote from a Haydn piano sonata, Andriessen inventively plays with the theme until it returns at the end. Walters’ rich, flexible tone served the piece well. Pianist Edward (Teddy) Niedermaier was a skillful collaborator during all three works. 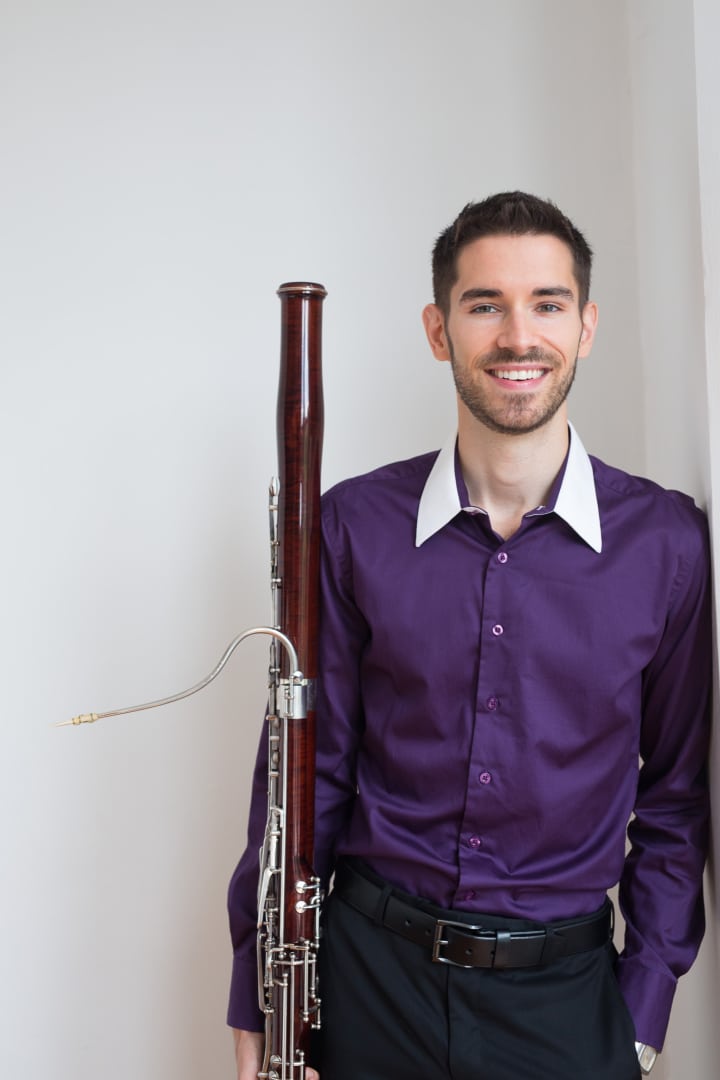 The second half — senza poetry — began with a resplendent performance of Edward Elgar’s Romance played by Oberlin Conservatory faculty bassoonist Drew Pattison. The lyrical work utilizes the entire range of the instrument, and Pattison relished every opportunity to stretch and accelerate the music’s long lines. The bassoonist showed off his technical agility during Henri Dutilleux’s graceful and humorous Sarabande et Cortège. Again, Niedermaier was the consummate musical partner. 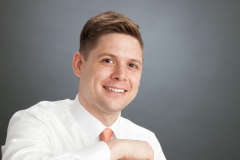 In addition to serving as Associate Professor of Core Music Studies at Chicago’s Roosevelt University, Niedermaier is also an accomplished composer, and the afternoon concluded with his Trio for English horn, bassoon, and piano from 2016. Commissioned by Walters, the piece begins with a dialogue between the wind instruments that is akin to an angry conversation. The piano joins in and the music unfolds into a jazzy section for piano alone. Niedermaier is creative in developing the piece as the music becomes humorous, then mysterious and back again, always full of emotion. The players were clearly having fun and the playing was first-rate.