In her program notes for this week’s concerts Apollo’s Fire artistic director Jeannette Sorrell writes, “Martin Luther had many students and disciples. One of them was named Praetorius, and that student had a son named Michael. Michael became – along with J.S. Bach – one of the two greatest composers in the history of Protestant church music.” Beginning on Friday, December 13 with performances continuing through the 16th at locations in Cleveland and Akron, Apollo’s Fire presents Praetorius Christmas Vespers: A Dramatic Holiday Celebration.

Compiled by Jeannette Sorrell and premiered in December 2005, the Christmas Vespers features the splendor of trumpets, sackbuts, virtuoso cornettos, antiphonal choirs, lutes, strings and recorders. The concerts also feature the Apollo’s Singers and the Apollo’s Fire Musettes, youth who have been chosen by Sorrell to perform Praetorius’s music intended for children’s voices. Returning to Cleveland and the Apollo’s Fire stage are three renowned soloists, sopranos Nell Snaidas, Teresa Wakim, and Amanda Powell.

“I’m in love with the German music of this time period, and there’s something about this Christmas Vespers that Praetorius wrote and Jeannette put together. The music captures so beautifully this emotional landscape of darkness and waiting — the Advent time,” says Nell Snaidas. “When you get into German baroque music around Easter it can be very graphic and difficult to be comforted by.” 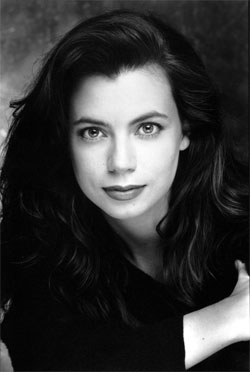 Snaidas believes the program’s strength can be traced to it’s format, “I think we have added some bits of music here and there, but it’s such a strong format that it has basically stayed the same. It’s so beautifully constructed that it always works. It keeps moving and changing within this landscape of waiting and at the end the whole thing blows up and there’s a child singing. It’s very joyful and it has a great arch.”

Soprano Teresa Wakim, who makes her Christmas Vespers debut at these concerts, is no stranger to the strong musical traditions of the Lutheran church. “As the Lorraine Hunt Lieberson Fellow I sing the weekly services at Emmanuel Music in Boston, so I am singing a Bach Cantata every week. I’m really looking forward to being part of Christmas Vespers for the first time. It’s going to be very joyous and full of carols, chants and plainsong. And I think it’s a nice balance between a service and a concert.”

Although Snaidas has sung Christmas Vespers many times, she says she always looks forward to the trio for three sopranos, Ach, mein Herre. “It is a kind of the emotional climax of the piece. The text is very intimate — crying out to God from your bed wracked with pain. It’s exquisite and that soprano trio texture is so beautiful and pure. It can be almost too much, but it is something that I look forward to. It’s kind of a transformative piece to even sing.”

How was it that Nell Snaidas first found her way to Apollo’s Fire? “I was singing on the Chapel Court and Countryside series at Case,” she recalls. “It was a program of Spanish late renaissance and early baroque. Of course I had heard of Apollo’s Fire and had followed them with a lot of enthusiasm. But Jeannette came to the concert, I think because she was looking for someone who could or would sing this kind of music, and afterwards we began to speak in Italian and we clicked immediately.”

Teresa Wakim, who was a First Prize winner at the International Soloist Competition for Early Music in Brunnenthal, Austria says, “I have been really lucky having a few different mentors that have given me an in with different ensembles and Jeannette is definitely one of them — as well as some conductors in Boston who have given me links to other orchestras. So I have been very lucky not to have to do the audition circuit and that is something I am very thankful for.”

END_OF_DOCUMENT_TOKEN_TO_BE_REPLACED

What was that strange din coming over the live feed from Ludwig Recital Hall on Friday evening, July 23, as the Miami String Quartet filed onstage to play the third faculty recital of the Kent Blossom Music Festival? Accustomed as we were during the pandemic ban on live audiences to hearing the sound of no hands clapping, it was both startling and thrilling to witness a large crowd putting their hands together to welcome one of the Festival’s perennial favorites back for an in-person performance. END_OF_DOCUMENT_TOKEN_TO_BE_REPLACED

Practical reasons aside, there aren’t many ensembles who can put together an all-Mozart evening as elegantly as The Cleveland Orchestra. END_OF_DOCUMENT_TOKEN_TO_BE_REPLACED