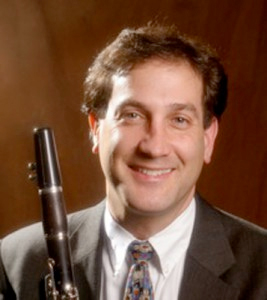 good for orchestras to try something new or to do something just a little bit differently than it has been done in the past. On Wednesday evening, March 6 at 7:30 pm at Fairmount Presbyterian Church, CityMusic Cleveland presents the first of five performances at various venues around the area. But for this set of concerts, the orchestra is going it alone. “When you don’t have a conductor you are on your own, so you need to dive in and [be part of the creative process]. In a way it becomes much more personal,” says CityMusic principal clarinetist Daniel Gilbert.

“If you look at the Orpheus Chamber Orchestra it’s very similar in its structure to CityMusic. You have a core group of musicians who regularly work together and pool their musical concepts to create the product on their own.” This set of programs includes Mozart’s Symphony No. 26, Haydn’s Symphony No. 86. F and Weber’s Clarinet Quintet in the string orchestra version, featuring Gilbert as soloist.

In addition to CityMusic, Daniel Gilbert serves as Associate Professor of Clarinet at the University of Michigan. Previously, he held the position of second clarinet in the Cleveland Orchestra from 1995 to 2007. A native of New York City, Gilbert received a Bachelor of Arts degree from Yale University and both a Master of Music degree and a Professional Studies Certificate from The Juilliard School.

We reached Daniel Gilbert by telephone and began by asking him he chose the Weber?

Daniel Gilbert: I think his quintet always gets overshadowed by the quintets of Mozart and Brahms. And, when you’re putting together a concert it’s very difficult to ask your friends to play the Weber because it’s not as meaty of a piece as those are, as far as the accompaniment goes. It’s more of an accompaniment with a solo line, more like a concerto, which is why I thought the format of doing it with a chamber orchestra would be more appropriate.

Mike Telin: Is there a standard string orchestra arrangement?

DG: Traditionally what we do is to multiply players on the quartet parts and have the basses play the cello part an octave lower. Personally I think it works better this way than as a quintet. I could have picked a more traditional concerto, but I felt that with CityMusic it was more appropriate to have a nice chamber ensemble of strings with a solo voice.

MT: I really like Weber’s compositions for clarinet, they’re so over the top, like great soprano arias.

DG: Exactly! I also picked it because as you know Weber was mostly an opera composer, and I feel that’s the way he uses the clarinet in all of his compositions for the instrument. His Concertino, both concertos, the Variations and the Grand Duo, in all of those pieces he uses the clarinet like a voice. I think it’s a beautiful juxtaposition of the vocal quality of the instrument and a very technically demanding piece. It was written for Heinrich Baermann, who was a friend of his and a virtuoso clarinetist of his time.

MT: Aside from the expanded chamber music concerts that CityMusic has done in the past, this is the first time the orchestra is performing without a conductor.

DG: That’s right. I think with all of the ensembles I’ve worked with, CityMusic really lends itself to that type of playing. It’s a core of musicians who regularly work together and really listen. They all play at an incredibly high level.

MT: What caused the group to make this decision?

DG: There were times when we were doing sound checks before a concert when the conductor would go out into the audience to hear what things were sounding like, and the orchestra would snap to attention and begin to listen in a different way without a conductor at the podium. So we felt this would be an interesting experiment to try an entire concert without a conductor.

When we were putting the program together, which we did on our own as well, originally I though of it as an operatic program, but we tossed around many different ideas and this is what we ended up with. I think it’s going to be a really successful program.

MT: It is a great program and I think audiences should like it very much.

DG: I think the whole concept of CityMusic, reaching out to different neighborhoods is great for an orchestra.