Without a “concert opener,” Payare launched directly into Prokofiev’s 1935 concerto. Although its style is less astringent than some of the composer’s works, the music is lyrically austere, remaining largely in g minor. Although the musical structures are traditional, the solo violin begins alone in a wistful rising theme that is developed throughout the movement. The violin’s lines are often subsumed into the orchestral texture, while leaving ample opportunity for the soloist to shine.

Stefan Jackiw was a lyrical soloist, particularly in the endless, beautifully legato solo phrases in the second movement — like an aria, but without a singer’s need to take a breath. The rhythm often resembles an off-kilter waltz. The initial melody is transformed into a more complex and ornamented form before returning to the original version at the end. In the raucous third movement, Jackiw showed off his virtuoso chops as the texture and complexity built to full-on perpetual motion by the climactic conclusion. 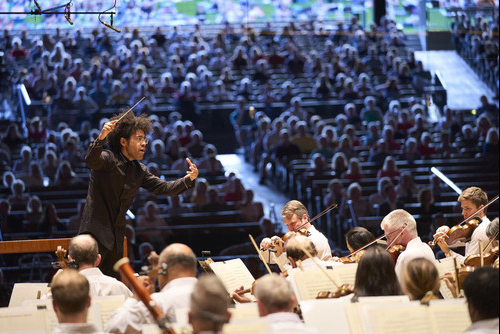 Making a debut with The Cleveland Orchestra must be a daunting experience for any conductor, young or old, but conducting such a well-known work as Dvořák’s “New World” Symphony must present a particular challenge. The Cleveland Orchestra has been playing it since 1920, and most listeners are probably familiar with the work — especially the second movement Largo, perhaps having a favorite recording or performance in mind. What does one do in such an instance, especially in a situation with limited rehearsal time? Rafael Payare made the wise choice not to apply any “concept,” but conducted a sensible, largely effective performance. Payare contrasted heroic and lyrical passages, and one could frequently hear the influence of Black spirituals and American folk song on Dvořák’s music. 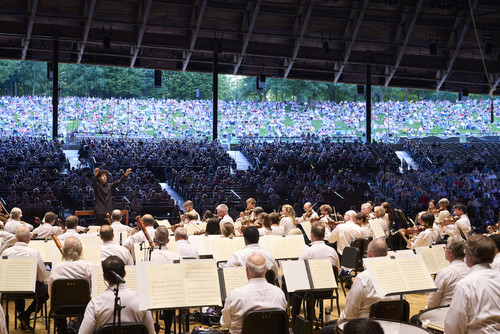 All was not perfect, however. The opening brass chords of the second movement were not together, thus distracting from the famous English horn solo, exquisitely played by Robert Walters. Rafael Payare cultivated a sense of stillness and spare textures, enlivened in the later, more animated sections.

Alas, the same error occurred again at the recapitulation. My observation was that Payare’s downbeat was clear in both cases. But stuff happens.

The third movement scherzo danced right along, and the fourth movement was ablaze with color, recalling themes from the previous movements. The horns were especially brilliant. Some symphonies just need to be heard live from time to time — the “New World” is one of them.

Jackson began the program with a recitation of Langston Hughes’ poem “Helen Keller” — the first of five poems by Hughes that served as interludes between each piece on the first half. END_OF_DOCUMENT_TOKEN_TO_BE_REPLACED

Pianos with pins and tape on strings, a bass drum and tam tam, crotales, Almglocken, and vibes. Microphones were hooked up all around the instruments. The feed was sent to speakers around the room. Lighting designer Nicholas Houfek hung incandescent globes over the arrangement of instruments from thin black wires stretching across the beams. END_OF_DOCUMENT_TOKEN_TO_BE_REPLACED

From the podium, Elim Chan set an ambitious tone for the evening. The rising star conductor, here in her Cleveland Orchestra debut, has a commanding style, and every twist and turn in Saturday’s performance tracked closely with her baton. END_OF_DOCUMENT_TOKEN_TO_BE_REPLACED