After taking a year off, the Cleveland Uncommon Sound Project (CUSP) is gearing up for its return with Re:Sound 2021, an innovative, online music festival that will premiere on June 3. Faced with an influx of pandemic-fueled virtual concerts,  “we decided to take a season to reconnect and think about what we wanted to do,” artistic director Sophie Benn said in a recent interview. She added that finally putting on an event again “feels amazing.”

An annual showcase of new and experimental music, CUSP’s Re:Sound Festival features artists from both the Cleveland area and around the country. COVID precautions will keep the 2021 Festival online this year — however, its approach to the new format is as unique as the music it will present. A variety of pre-recorded videos from all ten artists will go live on June 3 and be available through June 30, allowing audiences to watch whatever they want, whenever they want.

“I feel like I have a very poor attention span when I’m at my computer, and I think a lot of people feel that way,” Benn said. “We wanted to give people a lot of agency to experience the music on their own terms.”

That emphasis on agency also extends to the artists, who were given the freedom to present their performances in any way they saw fit — the only limitation was a runtime of less than 25 minutes. This resulted in a variety of combinations, including shorter, separate videos, a single video combining multiple performances, or simply one longer piece.

Due to scheduling conflicts, most of the 2021 performers are based outside of Cleveland. The one exception is a group made up of four long-time Cleveland freelancers: vocalist Matthew Jones, hornist Van Parker, percussionist Mell Csicsila, and composer Buck McDaniel. However, many of the other artists have strong ties to the area, like Desdemona — violist Carrie Frey and cellist Julia Henderson are both Oberlin Conservatory graduates.

Otherwise, uncommon duos abound — The Admiral Launch Duo (harp and saxophone), Ligament (voice and double bass), and Dante + Chin Duo (flute and soprano). All three have programmed premieres, of which the Festival has six in total. Dante + Chin Duo’s Which of my forms, composed and performed together remotely, features video footage of nature combined with studio performances. Benn called the piece “fascinating,” saying “I think it shows a lot of the potential that people have discovered in finding ways to collaborate, even if you’re not in the same physical space.” 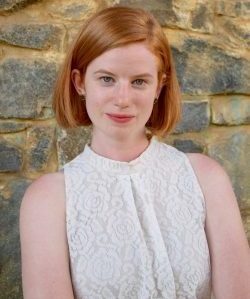 Benn (left) also highlighted Anthony R. Green, a composer and performer heavily involved in promoting Black art in the United States and Europe. His video will explore the concepts of rest and rejuvenation through the lens of his social justice work. Other additions to the Festival include improvisations by violinist Leah Asher, two pieces performed by soprano Anna Elder, and new works composed and played by pianist Sugar Vendil.

For those who may be paralyzed with indecision at the choose-your-own-adventure format, the Festival will also be publishing curated playlists on the festival website every Thursday. Combining videos from different performers, the playlists will remain “musically eclectic” while adhering to one of four themes: confinement, work and play, transition and transformation, and persistence.

“I think musicians have been caught off guard by suddenly having to present themselves entirely online, and a lot of them have told us it’s been really interesting to think about their art in this new way,” Benn said. But while these new approaches have potential for CUSP’s future education and community engagement initiatives, getting back to in-person concerts is a priority. “We all miss live music, so once that’s safe to do again we’ll probably go back to doing traditional concerts a lot of the time.”

Visit this link to register for free and receive an access code when the Re:Sound Festival begins on June 3.

Published on ClevelandClassical.com May 28, 2021.