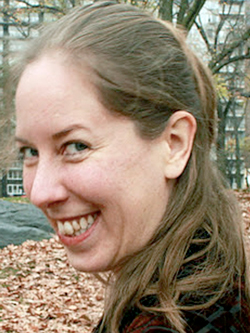 In his short life, Henry Purcell (1659-1695) composed hundreds of extraordinarily expressive songs. It was a rare treat this weekend to hear some of the best of them grippingly performed by the dramatic soprano Malina Rauschenfels.

I heard Rauschenfels in the acoustically vibrant sanctuary of Lakewood Presbyterian Church, with Peter Lekx on baroque violin, David Ellis on gamba, and Paula Maust on harpsichord (a second performance was to be the next night at St. Alban’s in Cleveland Heights). The program was presented jointly by Burning River Baroque and by a group named hūmAnómali (the name was not explained in the otherwise very informative program materials). Rauschenfels has played beautifully on the baroque cello in previous Burning River concerts, but her decision to perform as a vocalist gives these programs an extra focus and intensity.

One of Purcell’s talents was to elevate relatively undistinguished poetry—by, for example, Nahum Tate, who is known mostly for giving Shakespeare’s King Lear a happy ending. Purcell’s daring song settings are astonishingly modern: he is the true precursor to Benjamin Britten, of whom we are hearing a great deal this centennial year.

The Purcell numbers belonged principally to Rauschenfels, who delivered them with a gripping theatricality. Often singing without score, she performed the rapidly varying moods of these songs with commanding gestures, both musical and physical. The contradictions woven into the lyrics (“Still must I love, and bless the pleasing pain”) became more than mere poetical paradoxes, and took on a quality of real situational anguish that would have been at home in a stage play by Harold Pinter.

The dramatic highpoint for me was Purcell’s remarkable monologue, The Blessed Virgin’s Expostulation, in which we witness Jesus’s mother Mary in distress over the sudden absence of her young son, when (as the gospel of Luke recounts) he vanished from them to discuss with the theologians in the temple at Jerusalem. Purcell sets her anxiety in a free-form recitative that climaxes in Mary’s spine-chilling appeal to the archangel of the Annunciation, “Gabriel!” Not the least of the many effects in the piece is the silence when Gabriel does not appear, leaving the young mother alone in a world of contradictions and absences.

Equally powerful, though quieter, was the piece that ended the program, Purcell’s O let me forever weep! It is another lament for an absent beloved, this time without religious implications, in which the voice and violin alternate their grief over an inexorably repetitive bass line.

The Purcell songs were interspersed with instrumental pieces by his near contemporaries Henry Playford, John Jenkins, and Christopher Simpson. These interludes showed the late seventeenth century fascination with “division” — a simple tune made increasingly complicated by breaking the long notes of a melody into increasingly shorter and faster passage work. In their negotiations between clear harmonic structure and florid ornamentation, they are beautiful examples of the English Baroque sensibility, no less agitated and emotional in these miniatures than in the grand productions of the French and Italian Baroque.

The hour-long program was beautifully integrated, one piece picking up from the next almost without pause. The players used the long aisle of the sanctuary to great effect, several times bringing the music in from the back. This is courageous in such a small ensemble, requiring the music to be memorized and adding an extra dimension of coordination to the rehearsals. The payoff is enormous: it breaks the wall between audience and performers and brings the music up close and personal, as Purcell would have intended. The audience was small but very appreciative.