The Diamond Brass Quintet opened Rocky River Chamber Music Society’s new season on Monday, October 12 with nobody in the pews at West Shore Unitarian Universalist Church. Like most performances these days, the concert was only attendable online. The players were widely-spaced on the stage, plexiglass shields were in place to cut down on aerosol transmissions, and the quintet took two intervals to go outdoors and let the air in the sanctuary refresh itself. (Rehearsals had been held outside as well.)

Despite pandemic restrictions, Diamond Brass delivered a spirited program of music by Thomas Morley, J.S. Bach, Anthony DiLorenzo, Victor Ewald, and Eric Ewazen to virtual attendees who logged in from Colorado, New York, Florida, and various places around Ohio. The video presentation was straightforward and the sound reasonably good.

As a respite from those metaphorical conflagrations, the Quintet turned to cooler, contrapuntal stuff in an arrangement of J.S. Bach’s E-flat Organ Fugue, and paid tribute to Ewald, the 19th-century Russian civil engineer, cellist, and composer who more or less invented the brass quintet. The program and notes on the pieces were included in the video feed, and Amanda Bekeny, who is also a board member of the Society, served as emcee. 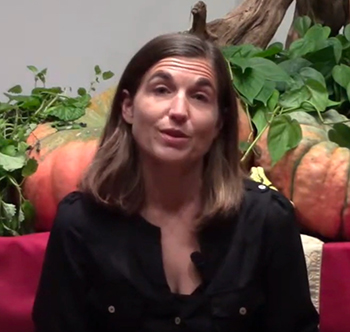 The nicely-varied repertory allowed the ensemble to show its prowess both in demanding original works, and in transcriptions. Some of the latter worked better than others. Madrigals without words can’t help but come up missing something — even the fa, la, la, las in Fire my heart — and the opportunity to explore different colors, as an organist would, wasn’t possible in the three-sectioned Bach fugue.

The most interesting work also drew the best playing of the evening. Cleveland native Eric Ewazen is dependably brilliant as a composer, and his piece, written for the 30th anniversary of the American Brass Quintet, brought the concert to a fine conclusion. J.c. Sherman, who expertly grounded the ensemble all evening, switched from tuba to bass trombone — reflecting ABQ’s configuration at the time. That was a refreshing sonic change, as were the colors created by muting instruments for the first time in the concert.

Those who missed the stream on October 12 can still access the video here.

END_OF_DOCUMENT_TOKEN_TO_BE_REPLACED

Supported by engagingly, yet simple staging by Cara Consilvio, a well-prepared cast of singers told the archetypal story of Cinderella with charm and flair. Framing the production was  a sparse but colorful set and wonderful lighting by Dave Brooks. END_OF_DOCUMENT_TOKEN_TO_BE_REPLACED