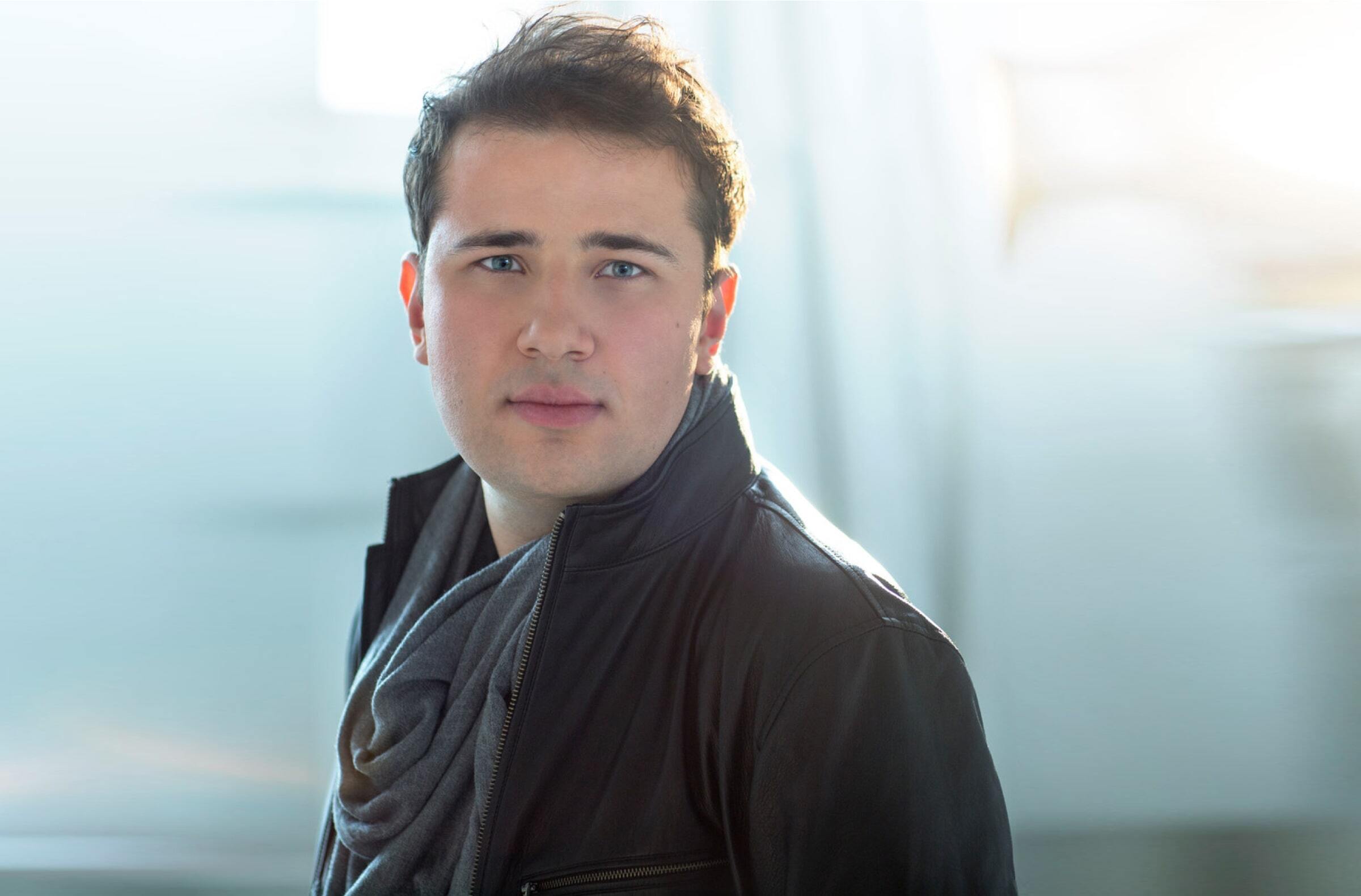 Local audiences may remember Stanislav Khristenko from his electrifying performances at the 2013 Cleveland International Piano Competition, where his performance of the Brahms Concerto No. 1 with The Cleveland Orchestra helped him to take home the grand prize. This summer, competition organizer Piano Cleveland has invited him back to perform as part of the inaugural PianoDays @CLE.

Winning the CIPC is not Khristenko’s only connection to Cleveland — the pianist also earned an artist diploma from the Cleveland Institute of Music. “Cleveland is really my home here in the U.S.,” he said in a recent Zoom interview. On Sunday, August 7, he’ll return to his alma mater for his PianoDays program at 2:00 pm in Mixon Hall. Titled “Stanislav and Friends,” the performance will include a number of musicians that he met as a student. Purchase in-person or virtual tickets here.

“It’s going to be a one-of-a-kind program, because you have people coming from all over the country, and there’s gonna be only one performance,” Khristenko said. “And who knows if those same people are gonna meet again to play these pieces.”

With eight composers and nine pieces, the program covers a lot of ground, shifting through all kinds of instrumentations with piano as the anchor. “There will be Romantic music, there will be 20th century music, there will be contemporary pieces — it’s going to be a range of different styles.” These combinations include every string instrument — Madalyn Parnas Möller on violin, Yael Senamaud Cohen on viola, Khari Joyner on cello, and Henry Samuels on double bass. There are movements from piano quintets (Schubert and Farrenc), and quartets (Brahms). Most of all, there are trios.

In addition to piano trios from Ravel and Piazzolla, the additions of winds and vocals create interesting combinations. Clarinetist Stanislav Golovin will bring listeners into the 20th and 21st century with works by Aram Khachaturian and Magnus Lindberg, and soprano Victoria Browers will join for Andre Previn’s Four songs for Soprano, Cello, and Piano. Clarinet, voice, and piano will all come together for Schubert’s Shepherd on the Rock.

“We are not playing 50-minute works — otherwise the concert would be endless,” Khristenko explained. “We’re playing just movements or short pieces, so people can hear how the music changes with the amount of people, the color of the instruments, and the blending.”

The pianist is excited to reunite with friends from his days as a student and to spend time in Cleveland. “Usually I come the day before, I play, and I have to leave, but this time I will have the opportunity to be there for a couple of days.”

Before his upcoming visit, Khristenko has been touring around the country playing benefit concerts for his home country of Ukraine. Kharkiv, the city where he was born and where his family lives, has recently been decimated by Russian shelling. “Of course, it’s very tragic what’s happening and it’s very close to me because I have close relatives there. For quite a time, I was not really able to play or do anything — I was just glued to the news. And then I started going to different places to fundraise for musicians and to help different initiatives, like projects for kids, music projects, and different initiatives that are all over. There’s so much need there.”

That mission is set to continue into 2023, when Khristenko will join the Lviv National Philharmonic Orchestra of Ukraine for their Carnegie Hall debut in February. The piece he’ll be playing? The same one that secured his CIPC win almost ten years earlier — Brahms Concerto No. 1.

END_OF_DOCUMENT_TOKEN_TO_BE_REPLACED

The strings-only work by Berg has made relatively frequent appearances on the Orchestra’s programs. In 2021, the musicians recorded it for the In Focus series, and it appeared again on last year’s European tour. Friday’s rendition maintained the group’s characteristic light and effortless playing, each section blending as much as possible to echo the work’s original form as a string quartet. At fifteen minutes total, the piece is quite short, but the dense encoded musical meanings require some extra-attentive listening. Splitting up the three movements ensured that each one could be appreciated on its own. END_OF_DOCUMENT_TOKEN_TO_BE_REPLACED