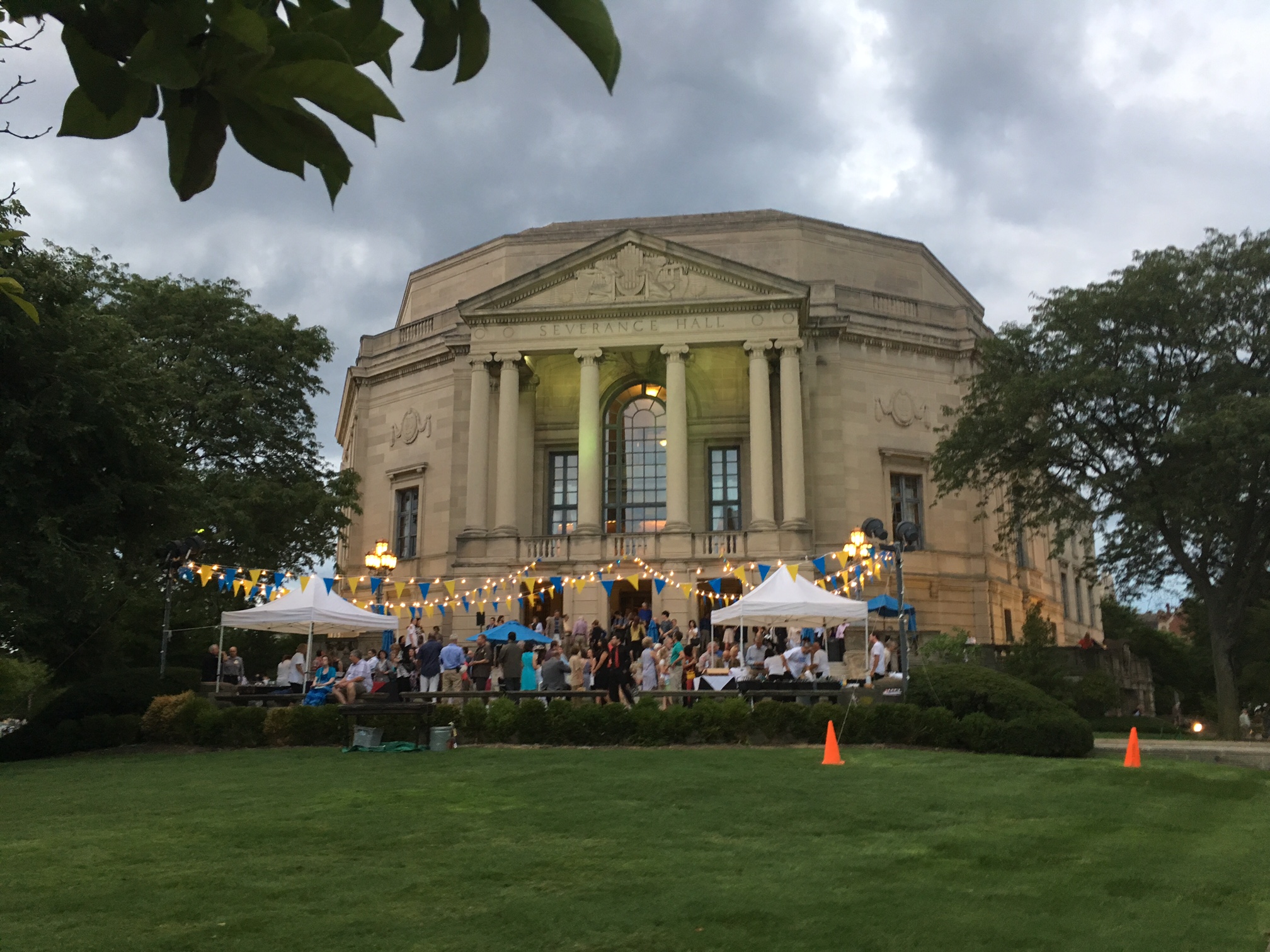 Some music makes you yearn; some makes you cry; some makes you think. And some music just makes you glad to be alive. At The Cleveland Orchestra’s final Summers@Severance concert of the season last Friday, August 12, joy radiated from just about every aspect of the music.

At the podium was Quebec-based Bernard Labadie, best known for his work in Baroque and early Classical music. Sidelined for eighteen months with a life-threatening illness, Labadie has only recently returned to conducting, making a few small concessions to recuperation — he conducts from a chair and without a baton.

Labadie’s leadership of The Cleveland Orchestra was upbeat in all senses of the word — rhythms were snappy and tempos energetic. Though seated, he made the most of the chair’s swivel feature, swooping eagerly from one string section to another. At times, he reached deep down with his arms as if to scoop the phrases up and fling them out into the action. Other times, quick, small motions of his hands and fingers communicated sparkle and precision.

The concert itself was about 75 minutes, presented without intermission — just the right amount of music for a Friday evening, leaving plenty of time for a drink on the terrace afterwards.

The program focused on three greats of the 18th century: Mozart, Bach, and Handel. The first piece was the so-called “Chaconne” (not a chaconne in the Baroque sense, but a kind of ballet suite) from Mozart’s first operatic success, Idomeneo. The music is eminently balletic — full of variety, upbeat, clear, and relatively straightforward.

The piece that followed was more substantive, and joyful in a different way. Bach’s Cantata No. 51, Jauchzet Gott in allen Landen (“Exult in God in Every Land”), is, as one would expect of the composer and the genre, more extended, thoughtful, and intricate. It is scored for solo soprano, trumpet, and strings (here played by only a handful in each section).

You can’t get a more joyful sound than soprano and baroque trumpet, and that is especially true when the trumpet player is Cleveland Orchestra principal Michael Sachs. His leaping arpeggios and cascading runs cast a silvery brilliance over the movements in which he was featured (the first and last).

Much of the joyful quality of Bach’s music comes from his close counterpoint, in which two virtuoso players gleefully chase each other around the musical staff. Sachs’s teammate in this Olympic-quality relay race was the young soprano Joélle Harvey, stepping in at the last minute for the ailing Karina Gauvin. Harvey, who soloed two years ago in The Cleveland Orchestra’s performance of Bach’s B Minor Mass, is well-suited to the demands of Baroque counterpoint. Her voice is both strong enough to fill Severance Hall and flexible enough to manage the complicated turns and twists of Bach’s fluid vocal lines. Although sometimes these lines seem to go on forever, neither Harvey nor Sachs showed any lack of supple air to keep the momentum going.

After the Bach, Harvey and Sachs joined forces again in Handel’s “Let the Bright Seraphim.” This jubilant celebration is perhaps best presented outside of its original function — the final aria in Handel’s oratorio Samson, as a song of victory after a gruesome massacre of the Philistines. Fortunately, no such implications were present in this evening’s scintillating performance.

Mozart’s Symphony No. 29 in A ended the program on a particularly cheerful note. From its delicate opening to its vivacious finale, this product of the 18-year-old genius charmed and delighted. Part of the appeal lay in Labadie’s brisk tempos. In the “slow” Andante, I had expected the romantic languor of Bruno Walter’s classic recording, but after an initial surprise, I came to relish this rendition’s more energetic approach.

The symphony is lightly scored, for strings, two oboes, and two horns (with a single bassoon added in this performance, presumably doubling the cellos). As a result, it feels like a piece of chamber music, with the string sections engaging each other in witty and elegant conversations.

The final movement sent me away smiling at Mozart’s wonderful clarity and inventiveness. I’ll not soon forget the brilliant sixteenth-note scale passages for the violins, racing impetuously up an octave and a half with teenage brashness, here rendered with musical control and sensitivity.

Judging from the attendance and appreciative response — and the delightful music — I would say that The Cleveland Orchestra found just the right kind of program and performers for the last of its summer Fridays.