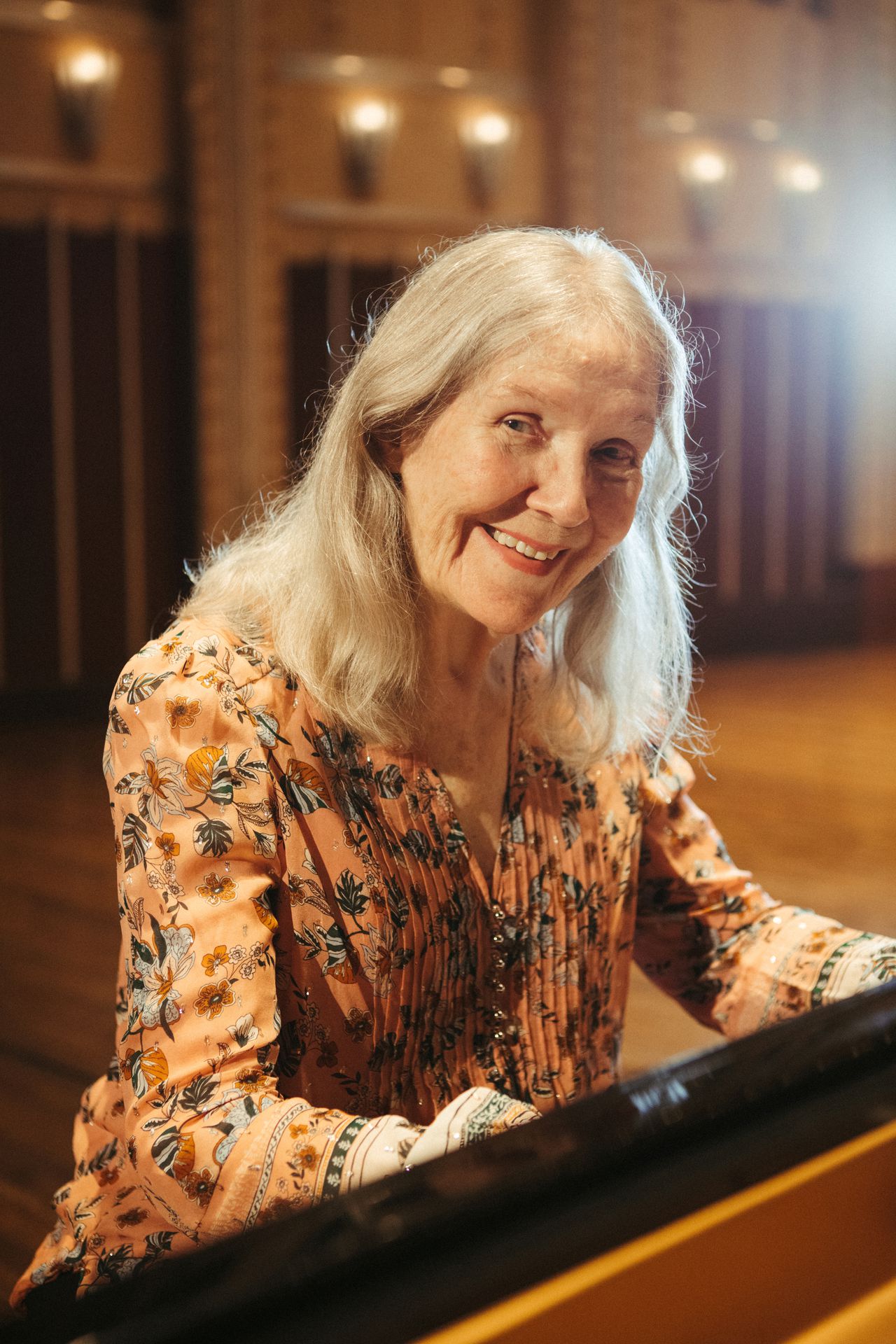 With a program titled “New Beginnings,” Franz Welser-Möst and The Cleveland Orchestra will return in full force to Severance Music Center on Thursday, October 14 at 7:30 pm, for the first time since March 2020. The evening will feature Richard Strauss’ Macbeth, Joan Tower’s A New Day (for cello and orchestra) with Alisa Weilerstein, and Sergei Prokofiev’s Symphony No. 5. The program will be repeated on Sunday, October 17 at 3:00 pm. Click here for ticket information.

The concerts will also be bittersweet as they mark the final performances of Joela Jones as the Orchestra’s principal keyboard. Jones, whose tenure has spanned 54 seasons, will be presented with the Orchestra’s 25th Distinguished Service Award on Thursday evening. Click here to watch a special video about Jones and listen to a playlist of her most memorable performances.

Joela Jones made her first appearance with The Cleveland Orchestra as a concerto soloist for a Summer Pops concert in 1966. The following year she gave the world premiere of a new concerto under the direction of George Szell, who asked her to join the ensemble soon after. Her name first appeared on the printed roster with the opening season of Blossom Music Center in 1968, and in 1972 she was officially designated as the Orchestra’s principal keyboard player. She has held the Rudolf Serkin Endowed Chair since its creation in 1977.

I spoke to Jones via Zoom and began by asking her about being tapped as a prodigy by Ernst von Dohnányi.

END_OF_DOCUMENT_TOKEN_TO_BE_REPLACED

The Orpheus myth inspired French Baroque composers Jean-Philippe Rameau and Philippe Courbois to write expressive solo cantatas about the famous Greek musician-poet and his futile attempts — because of his own impatience — to rescue his beloved Eurydice from the grasp of Pluto in the Underworld. These are beautifully performed by the clear-voiced soprano Hannah De Priest and the velvet-throated baritone Jonathan Woody (who makes a walk-on appearance in the Rameau). END_OF_DOCUMENT_TOKEN_TO_BE_REPLACED

Now that live concerts are beginning to proliferate, it was delightful to hear Oberlin cello professor Darrett Adkins ring a change on the solo suite format with his Hypersuite No. 3 on September 28 in the Cirigliano Studio Theatre at Lorain County Community College. His program opened the new season of Signature Series performances in Elyria, and was dedicated to the memory of Eva Hornyak. END_OF_DOCUMENT_TOKEN_TO_BE_REPLACED