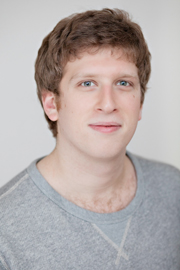 Over the past hundred years, popular music has crossed over into nearly all genres. In the nineteen twenties, pop music was marked by jazz and blues styles, while nearly forty years later it was defined by artists such as Elvis Presley, The Beatles, The Rolling Stones, and Marvin Gaye. Despite Michael Jackson’s reign as “The King of Pop” during the eighties and nineties, the emergence of far too many boy bands, meaningless and crass hip-hop artists (this by no means discredits the meaningful and tasteful), and the unfortunate number of “plastic-platinum” pop-singers, it seems that the quality of popular music has declined.

What is popular music? Music is often divided into three categories: popular music, art music, and traditional or folk music. Popular music can be in any genre but must appeal and be distributed to large quantities of people; Art music “requires significantly more work by the listener” in order for it to be fully appreciated. Traditional or folk music is often disseminated through oral traditions, and is centered in cultural of historical events.

However, who is to say that a song cannot be all three of these? END_OF_DOCUMENT_TOKEN_TO_BE_REPLACED

With this work, premiered in 1907, Sibelius offered a bold departure from the explosive emotionalism so prevalent in late-Romantic era music. This symphony was a renewed embrace of Classicism’s purity of form and melody, and one that, oddly enough, left many initial audiences of the day somewhat bewildered. END_OF_DOCUMENT_TOKEN_TO_BE_REPLACED

After eating a Po’boy from The Dawg Bowl Cajun food truck, I caught the first half of Brian Culbertson’s show in The Connor Palace Theatre. END_OF_DOCUMENT_TOKEN_TO_BE_REPLACED