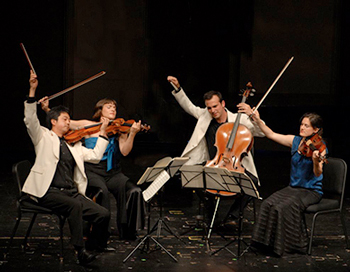 “Three quartets signed up, one of which is trying to make a go of quartet playing and two of which are new, although they did come together during the first semester,” Strauss said. “We also have a couple of chamber groups that are involved in the project, including an established piano trio. I wanted a mix of people who enjoyed playing together with people who wanted to be part of creating something from the beginning.” END_OF_DOCUMENT_TOKEN_TO_BE_REPLACED