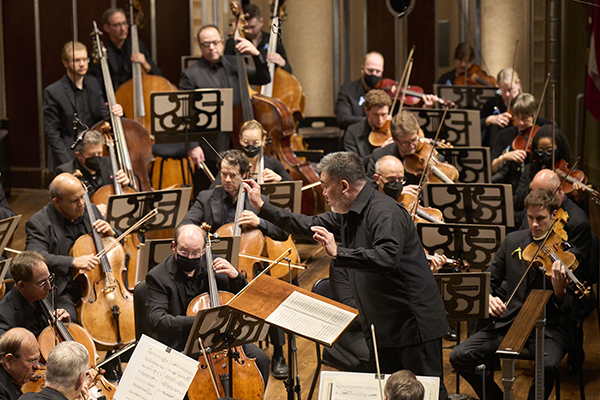 The Cleveland Orchestra could have partnered with the Cleveland Museum of Art for last weekend’s concerts. The give-and-take between composers and visual artists — and the historical movements that emerged in the process — inspired the program on Thursday, April 7 at Severance Music Center.

Actually, some of the Orchestra’s players — along with the week’s soloist, pianist Emanuel Ax — did end up at the museum the following evening, for a benefit concert in support of Ukraine. But before their night off, the performers put the relationship between music and art on dazzling display for the audience at Severance. Alan Gilbert conducted four works that ranged from the 19th century to the 21st and that showed what’s changed in the culture since.

Ax brilliantly handled the biggest piece on the program, Frédéric Chopin’s Piano Concerto No. 2 in f, a work that seems to capture everything about the composer and the Romantic era. Chopin used the concerto as a star vehicle to secure his virtuoso reputation across Europe, before his performing and writing took an inward turn, tailored to the Parisian salons and artistic circles he later ran in. 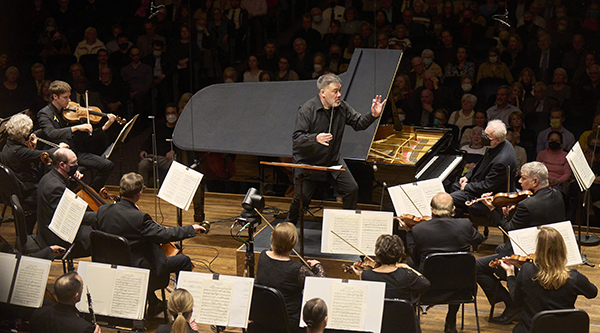 Hints of the mature solo voice do appear throughout this symphonic piece, however. Several extended passages in the first movement have the pianist almost alone, playing a busy right-hand part while keeping up his own accompaniment in the left hand. The effect was enhanced Thursday by severely reduced string sections, who provided the faintest of background swells where needed.

Ax demonstrated a supreme soloist’s control in the opening of the Larghetto, both speeding up into and pulling away from the expressive ornaments that are Chopin’s signature. The finale demanded extroverted technique, which Ax easily adopted, but it was the special mood of the second movement that he returned to with his encore, the composer’s Nocturne in F-Sharp Major, Op. 15, No. 2. 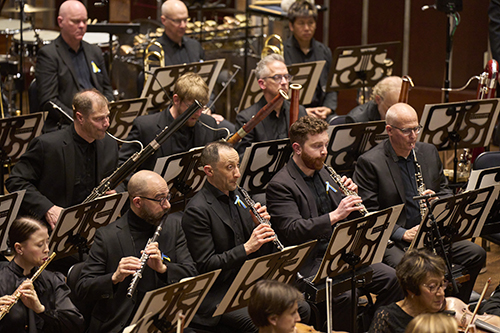 The artistic comparisons grew more explicit during the program’s second half. Now, Claude Debussy rejected the term “impressionist” when applied to his own music, but a piece like La mer shows where the composer and his interpreters can agree to disagree.

The labored-over precision of Debussy’s score, to which Gilbert paid close attention, is at odds with the rushed blurriness that produced much impressionist painting. But the elusiveness the composer ultimately cultivated — think the strange sonority of trumpet and English horn at the start of the work — was an aim he shared with his French contemporaries. 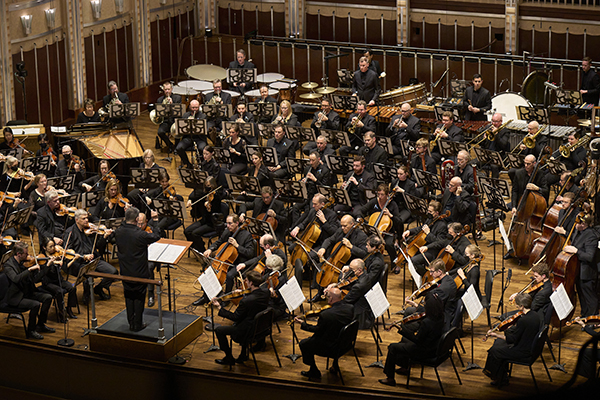 Music by Unsuk Chin shot the concert into the 21st century. Rocaná is a huge orchestral piece inspired by an installation the composer walked through at London’s Tate Modern. And like with most conceptual art, one’s tolerance of the work will depend on a willingness to have expectations subverted and pleasure denied.

Lili Boulanger’s D’un matin de printemps, the program’s opener, called for nearly as large an ensemble but made immediate use of it. In five short minutes, the piece manages to touch every section of the orchestra, accumulating details that build to a delightful, impressionist whole, which even Debussy could have embraced.

Supported by engagingly, yet simple staging by Cara Consilvio, a well-prepared cast of singers told the archetypal story of Cinderella with charm and flair. Framing the production was  a sparse but colorful set and wonderful lighting by Dave Brooks. END_OF_DOCUMENT_TOKEN_TO_BE_REPLACED

END_OF_DOCUMENT_TOKEN_TO_BE_REPLACED

The music isn’t easy to play, either. Over the course of two hours, all of the musicians brought fantastic focus to the unrelenting tricky rhythms and countless layers of parts, all of which require a high level of individual responsibility. Even in the moments of calm, the accompaniment remains perpetually unsettled. Adams — who made a sprightly presence on the podium — combines minimalist, repeating motives in gradual layers, which eventually become so dense they overwhelm the senses. Lisa Wong deserves special mention for her thorough preparation of the Cleveland Orchestra Chorus, as does Jennifer Rozsa for the Children’s Chorus, which made a brief but memorable appearance in the last few minutes. END_OF_DOCUMENT_TOKEN_TO_BE_REPLACED