Franz Welser-Möst led the final bows on Saturday night at Severance, like the star of any show should. The Cleveland Orchestra’s music director is in his element presiding over the ensemble’s annual opera production, which this season packs the drama. Verdi’s Otello — in a concert staging that opened May 21 and runs for two more performances (May 26 and 29) — demands big voices, instrumental forces to match, and a conductor who can give it all shape and direction.

Welser-Möst spurred on the cast, chorus, and orchestra with characteristic momentum, well suited to both Shakespeare’s story and Verdi’s score. Working on Otello late in life, the composer sought a closer correspondence between his own writing and the style of the playwright he had long looked to for inspiration. The result is an engaging and efficient adaptation, largely free of the stagnant moments that characterize other 19th-century operas. 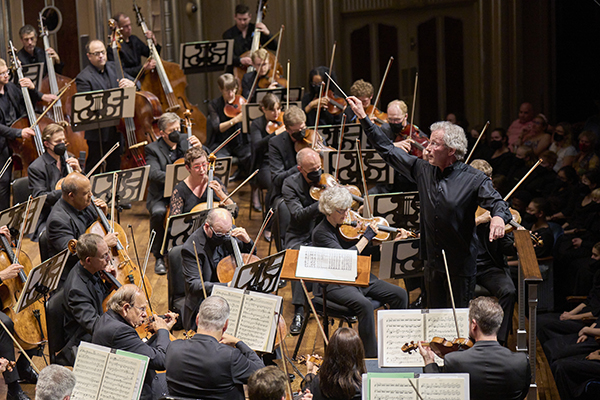 These same virtues make it the perfect choice for an “in concert” presentation. And few ensembles are as primed as The Cleveland Orchestra to communicate the theatricality of a piece in music alone. Principal cello Mark Kosower injected his solo line in the Act 1 love duet with all the passion of a third character, and the wind section sustained the suspense at the start of Act 4 beautifully. 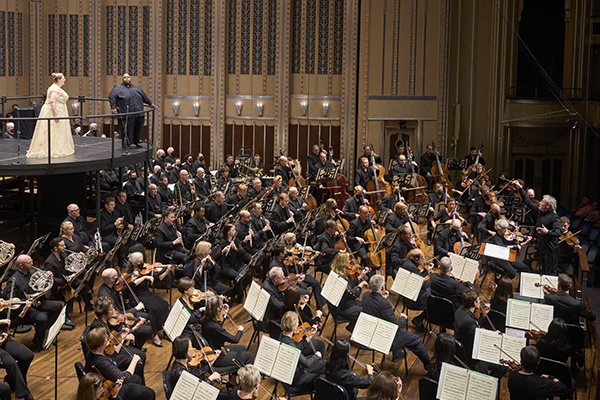 Not that the success of this Otello relies solely on great instrumental playing. The Cleveland Orchestra Chorus, prepared by Lisa Wong, contributed effective scene setting from the jump, conjuring the storm that puts the entire story in motion. A special moment of calm in Act 2 had members of the Children’s Chorus singing to the audience from the first couple rows in the hall — just one instance of the simple blocking that can lend a sense of spectacle to a semi-staged production. 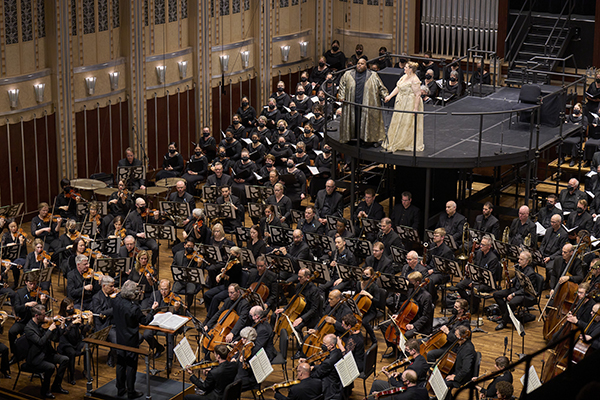 For that matter, the soloists here fully acted their parts at a level of commitment that would fill an opera house. Tenor Limmie Pulliam came into his own with the title role in Acts 3 and 4, as his voice explored the shades of anger, insecurity, and ultimately remorse his tortured character experiences. That variety was missing early on, when a handful of high notes showed Pulliam maintaining an impressive but taxing sound. 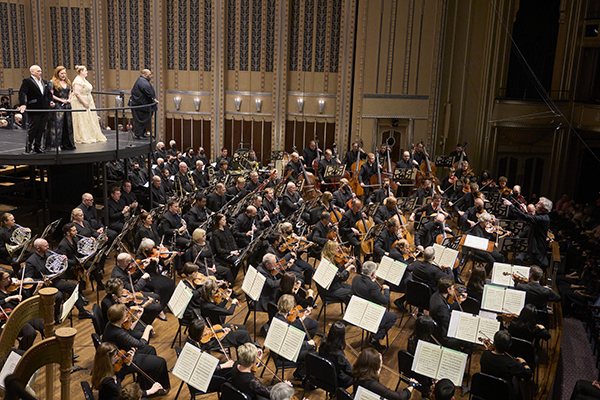 Soprano Tamara Wilson found her own range of tone and emotion within the confines of Desdemona, who’s even more the victim in Verdi’s operatic treatment. She had the courage to both sing out and hold back in the face of a full-size orchestra and a role that’s tragic to the end. 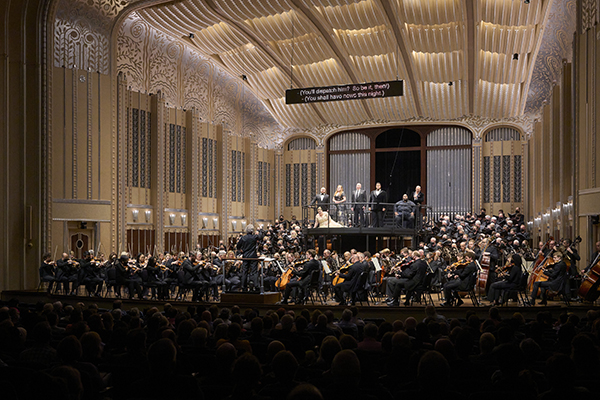 Baritone Christopher Maltman made the case for Iago as the most interesting character in Shakespeare’s play. The avowed villain possesses a single goal and the seemingly endless resources to achieve it, which in opera translates to command of the score. Much of the music begins with Iago, from the strains of a drinking song in Act 1 to a duet in which he rivals Otello in sound and power at the close of Act 2, and Maltman kept effortless control of it all.

Strong supporting roles were delivered by tenor Pene Pati and mezzo-soprano Jennifer Johnson Cano, whose characters of Cassio and Emilia became fodder for Iago’s scheme. By Act 3, everything has fallen into place, the one dramatic moment Verdi draws out in singularly operatic fashion. All the characters sing their feelings, sometimes rising above the ensemble sound and sometimes blending into it, building to a number greater than the sum of its parts.

Le mariage aux lanternes, the evening’s curtain-raiser, is about Guillot (Bradley Boatright) and Denise (Genevieve Dilan), a couple working on a farm, who are in love with each other, though the clueless Guillot can’t acknowledge it. With the help of his Uncle Matthias (David Burgher), who sends them letters saying that when the Angelus rings, they’ll find what they are looking for beneath a big tree, they eventually find — each other. Meanwhile, two widows, Franchette (Isabel Merat) and Catherine (Kylie Buckham), are also vying for Guillot’s affection (or, more cynically, plotting to acquire his property). END_OF_DOCUMENT_TOKEN_TO_BE_REPLACED