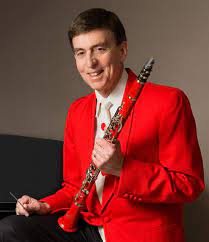 Perhaps the greatest composer/movie director partnership is that of Williams and Steven Spielberg, which dates back to The Sugarland Express in 1974 and continued a year later with Jaws. “There’s an interesting story of how it all began,” Topilow said.

“Apparently somebody had written some music for Faulkner’s The Reivers — they didn’t like it so they asked John Williams to write something. The score is just terrific. Spielberg heard it and said, ‘That’s who I want,’ and the rest is history.”

Friday’s concert will also include violinist Steven Greenman performing music from Fiddler on the Roof, the film that brought Williams his first Oscar.

Members of the orchestra will also be featured in the theme from Schindler’s List and Summon the Heroes, and saxophonist Howie Smith will take center stage during Catch Me If You Can. Of course, the music from Star Wars will be part of the evening. “I like how perfectly the music for Princess Leia, Yoda, and Darth Vader complements their characters,” he said. 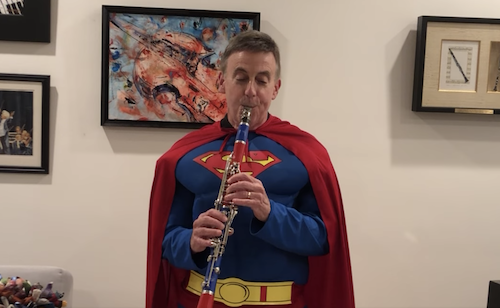 Of course, over the past eighteen months, Topilow has spent his fair share of time away from the podium. “I learned to play the piano,” he said excitedly. “I wanted to just be able to sit down and play the standards like Our Love is Here to Stay or Embraceable You. I practiced an hour a day and now when I see a piano I run over and play it, which I never could do before.”

Topilow also published The Orchestral Conductor’s Career Handbook. “I’m not sure what I intended — I wrote down everything I know in a manner that I hoped would be interesting and attention-grabbing. The nice thing about it is that the non-musicians who have read it have told me they’ve enjoyed it and there’s something in it for everybody.”

All good indeed, but above all, Topilow said that he looks forward to being back at Severance. “That’s where we all want to be.”

The cimbalom was the feature of the show, an instrument capable of taking on many personas. Its performer, Chester Englander, has shaped his career around the instrument, and has inspired composers to write more repertoire for it, some of which was presented on the program. END_OF_DOCUMENT_TOKEN_TO_BE_REPLACED

You wouldn’t expect that acoustic from a glance at the nave, which is wide and long, but not especially lofty. But when I guest conducted a local amateur choir and professional orchestra in Beethoven’s Mass in C there a few years back, during the first rehearsal we released the final chord of the “Gloria” and listened in astonishment for the next several seconds. The sound continued to roll down the space like the big wave that surfers dream about. END_OF_DOCUMENT_TOKEN_TO_BE_REPLACED