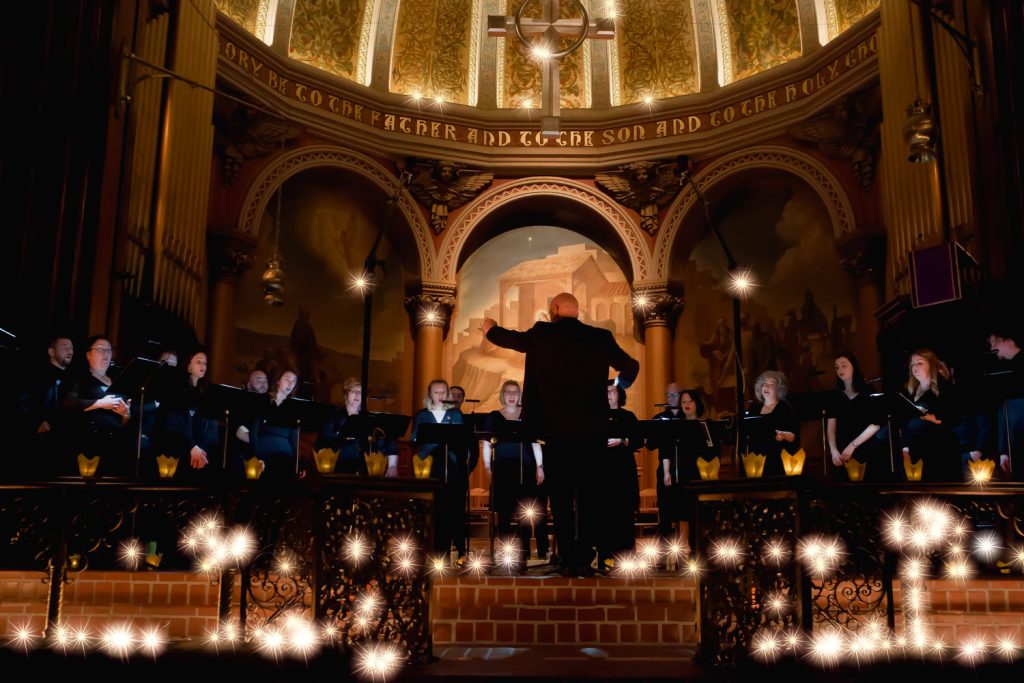 Garrop was a composer who came to mind quickly for Nally. “She’s written a lot of choral music, and she’s really good,” he said. “I’ve been talking to her for a number of years about what would be the right piece for her, and I just felt like — this is the piece. It felt really right for her because she’s a tireless study of whatever instrumentation she’s going to write for.”

As for Dettra, he serves as The Crossing’s “sort of official organist,” Nally said. “We go through some entire seasons without an organ, but he was the original collaborative pianist for the group way back in 2005 when we started, and has remained a major force in our family.”

The choir-organ instrumentation was a perfect fit not only for a dedication to Schneider, but also for the musical possibilities offered by CMA, Nally said. “They have the very unique circumstance of being a museum that has a major pipe organ.”

The final piece of the puzzle was the text by Lydia Davis. “I’m kind of obsessed with her, and I have been for many years,” Nally said. “I sent Stacy a whole bunch of Lydia’s stuff to see if it would spark her interest, and we got into a long, wonderful dialogue about Lydia’s work, and all the different metaphors in her writing about aging. And Lydia was very kind to give us permission to set a whole bunch of texts.” 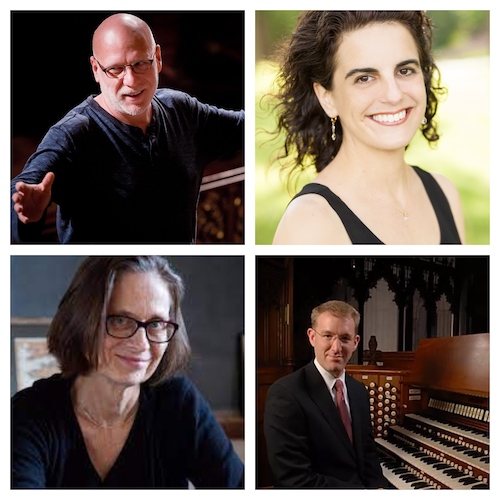 Anxiety around the aging process is a central theme of the piece. Given Nally’s interest in Davis’ writing, I asked if this subject is personal for him.

“It is, although I wouldn’t say the piece exists because of my personal history, because it doesn’t,” he said. “Issues of perception, dementia, a crumbling house, a deteriorating world — that was all really poignant for me in her writing, because a number of elderly people in my life have passed away in the last six years. Some of them were 100% cognitively there. And for others, who they were had kind of disappeared behind the veil of dementia. We all either have dealt with these issues, or are going to, because the American world is aging much beyond where it ever did before.”

Davis’ approach to the subject of cognitive decline is something that amazes Nally. “Lydia has this incredible way of referring to it without writing directly about it,” he said. “She kind of puts you in the world of that person.”

On the musical side of things, Nally noted that when a new piece is on the table, he is very hands-on, up to the point when the composer begins to write. “I want to know that everything is in place, not just the topic but also the text, because I know our singers and our audience really well — I know what they will respond to, and what they won’t. But once it’s pen to paper time, I step completely away. I don’t interact with the composer while they’re writing unless they reach out to me with a question.”

He likened his process to that of construction. “I’m really involved in the blueprints, but when it comes time to actually put up the house — to make the thing what it’s actually going to be — I disappear.”

We closed our conversation on the topic of aesthetics.

“I hate pretty,” he told The New York Times in an interview from 2019. “I can’t stand listening to pretty.” I asked him if he brings that philosophy to his role as director of choirs at Northwestern, as well as to his work with The Crossing.

“It’s really funny you should mention this because it came up this morning in class,” he said. “Pretty to me is a surface thing, and for some people out there, that’s what they’re after with their music-making. I’m not really interested in that, because for me, music is this incredibly truth-telling thing — a place where I am totally honest, but also where I can’t not be, because it demands that.”

Much of the time, he said, The Crossing sings in a way that wouldn’t be considered conventionally beautiful. “We’re singing really harsh words about really harsh topics, and the sound that’s appropriate to those moments is harsh, steely, and even at times purposefully in your face. We want to tell stories absolutely truthfully, and not worry about whether the music we’re making is pretty — because truth is beautiful. So if it’s truthful, it will be beautiful.”

Jackson began the program with a recitation of Langston Hughes’ poem “Helen Keller” — the first of five poems by Hughes that served as interludes between each piece on the first half. END_OF_DOCUMENT_TOKEN_TO_BE_REPLACED

Pianos with pins and tape on strings, a bass drum and tam tam, crotales, Almglocken, and vibes. Microphones were hooked up all around the instruments. The feed was sent to speakers around the room. Lighting designer Nicholas Houfek hung incandescent globes over the arrangement of instruments from thin black wires stretching across the beams. END_OF_DOCUMENT_TOKEN_TO_BE_REPLACED

From the podium, Elim Chan set an ambitious tone for the evening. The rising star conductor, here in her Cleveland Orchestra debut, has a commanding style, and every twist and turn in Saturday’s performance tracked closely with her baton. END_OF_DOCUMENT_TOKEN_TO_BE_REPLACED