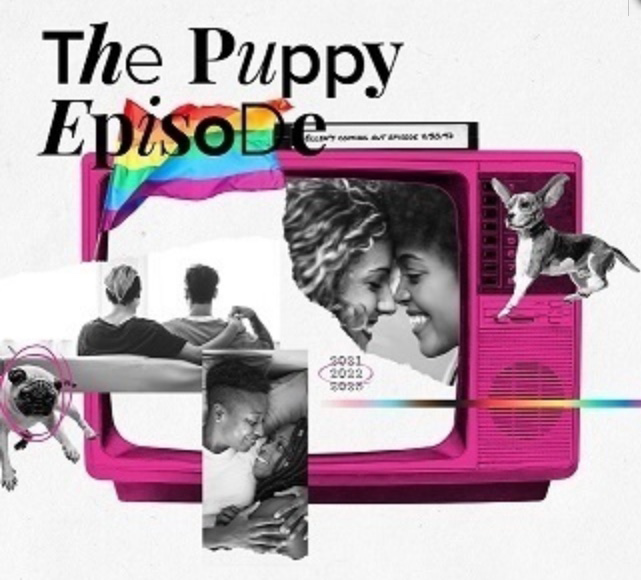 In the case of The Puppy Episode, librettist Royce Vavrek and composer Matthew Recio were present from the first spark of an idea. “I was courting Royce as a collaborator,” said Recio, who was also on the call. “I finished the Vanguard program at Chicago Opera Theater in June, and Lydia, the conductor, gave me a list of librettists. I got to do some speed dating in three or four calls with each candidate.”

Recio wanted the show to have a queer element, and Vavrek hit upon the idea of using a well-known episode of The Ellen DeGeneres Show where the comedian comes out, causing a ripple effect. That script got coded as “The Puppy Episode.”

“People forget how momentous that moment was,” Recio said. As Mirto added, “It was 25 years ago this year, and it was significant if you were in that community at that moment.” 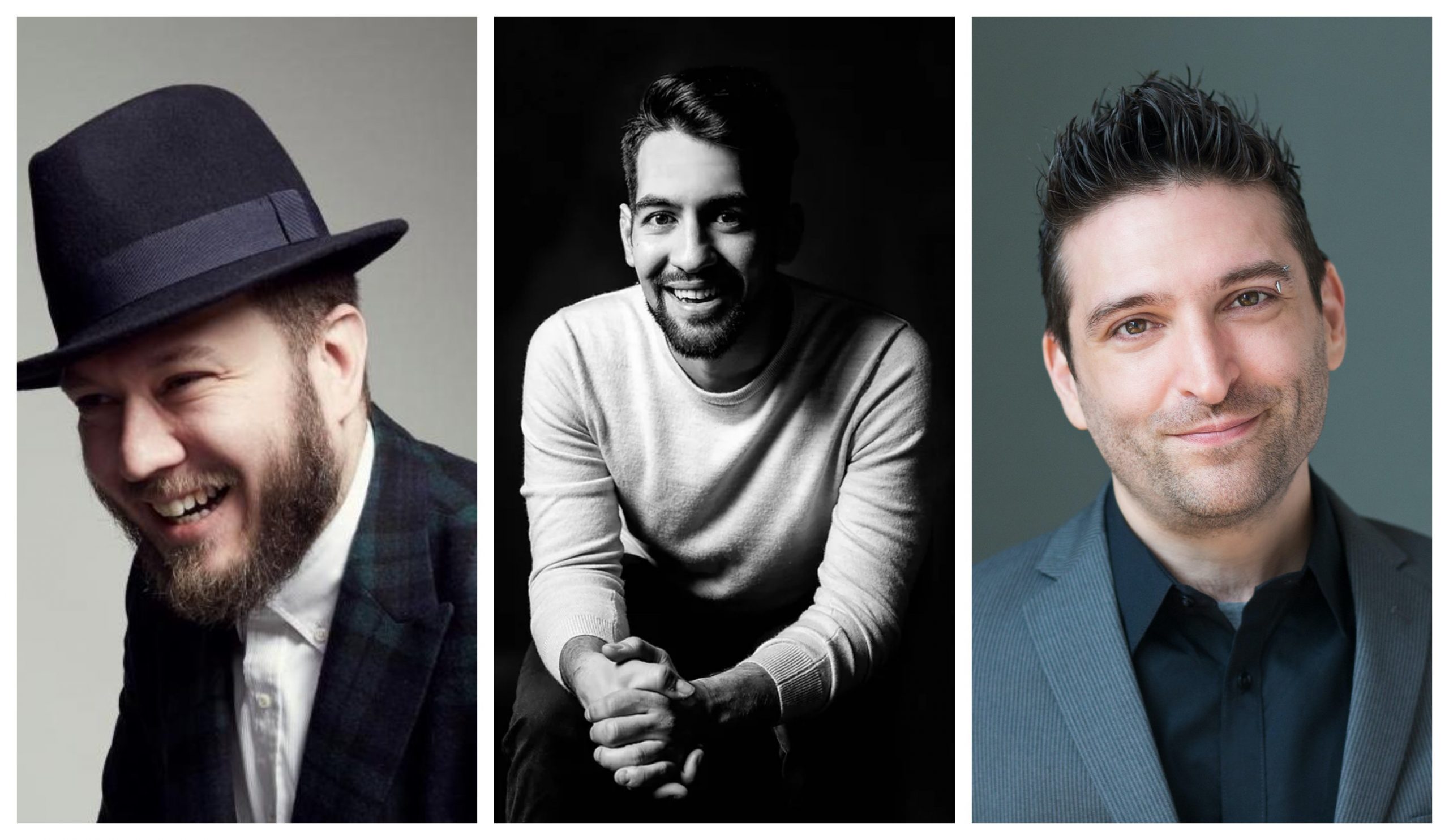 DeGeneres — like the puppy — is not a central character in the libretto. “There’s a comedian, but she’s kind of a surrealist narrator,” Recio said. “The show tracks the lives of three individuals. Gil is a teenager, Phyllis is elderly and has dementia, and Louise is middle-aged. All the characters relate during the story and intersect at the end. The story isn’t just about coming out — it’s about relationships.”

The general plan came together quickly. “We met on my birthday in March 2020, the day the world shut down,” Recio said. “We had a powwow online, and when I went back to Chicago we had the skeleton sketched out.”

Then Mirto — along with the pandemic — entered the scene. “Royce sent me an early libretto and I assembled a design team,” he said.

The opera was workshopped at Chicago Opera Theater, but not staged. “COT likes to do the development and pass it off to another company,” Recio said, “so Chris was the first one to touch it. We rehearsed it in Chicago in October and on Zoom in December. I hired a recording engineer to sync it with the piano track. It was informative but not ideal. We rehearsed for a week and a half, and had two orchestra rehearsals with the eight instrumentalists — flute doubling piccolo and bass flute, clarinet doubling bass clarinet, string quartet, piano, and percussion.” Assistant professor of conducting Tiffany Chang will conduct the Oberlin premiere. 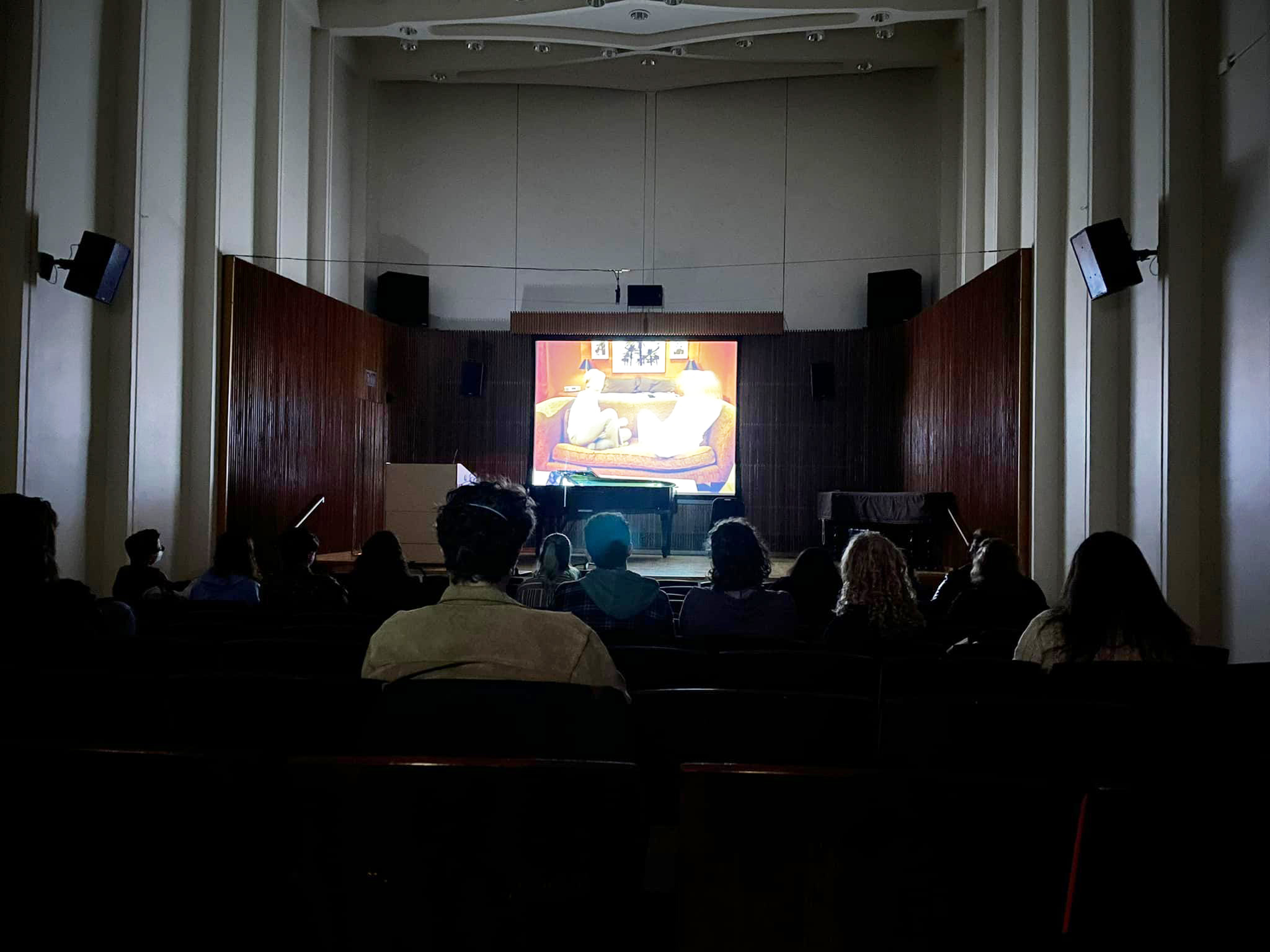 How many times has Mirto been involved in such a project from the beginning? “Wild Beasts of the Bungalow was my first. I came in when the show was 75% complete. For The Puppy Episode it was 50%. I hope I’ll be in on the next one from the get go.”

So far, the rehearsal process has gone smoothly, with just a few score changes to accommodate the range of a different tenor. And Chris Mirto has found it enlightening. “It’s the most personal project I’ve worked on as a new father, and as a kid who lived through what the characters are going through.”

Click here to read another preview of the opera by Oberlin Conservatory’s Erich Burnett.

END_OF_DOCUMENT_TOKEN_TO_BE_REPLACED

The strings-only work by Berg has made relatively frequent appearances on the Orchestra’s programs. In 2021, the musicians recorded it for the In Focus series, and it appeared again on last year’s European tour. Friday’s rendition maintained the group’s characteristic light and effortless playing, each section blending as much as possible to echo the work’s original form as a string quartet. At fifteen minutes total, the piece is quite short, but the dense encoded musical meanings require some extra-attentive listening. Splitting up the three movements ensured that each one could be appreciated on its own. END_OF_DOCUMENT_TOKEN_TO_BE_REPLACED