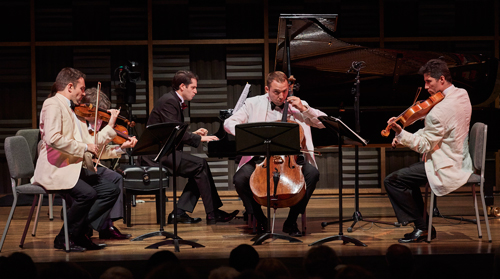 Founded in Akron in 1887 by a group of young women who wanted to share their love of music, what was then known as the Tuesday Musical Club quickly evolved into an organization that presented public recitals and held afternoon study groups for club members. Early on, events were held in private homes as well as in churches and other public spaces. On Saturday, September 16 at E.J. Thomas Hall, Tuesday Musical Association celebrated its 130 years as an anchor arts institution in Northeast Ohio in style. An engaging lineup of performances showcased the venerable organization’s many programs and collaborations.

The evening began with the world premiere of University of Akron professor James Wilding’s Homeland Portraits performed by the superb Escher String Quartet — Adam Barnett-Hart and Aaron Boyd, violins, Pierre Lapointe, viola, and Brook Speltz, cello — TMA’s Quartet-in-Residence. Commissioned by Tuesday Musical for the occasion, Wilding drew from his reflections on growing up in South Africa as well as his experiences of living in the United States — “two homes that are continents apart, yet bound together by my thoughts and experiences,” Wilding writes in his program notes.

The 3-movement, 22-minute work begins with “People Gathering,” a rhythmically driving, perpetual motion frenzy juxtaposed with respites of melodic passages. “Open Plain” unfolds with a slow, simple motive that is passed from player to player, over the course of ten minutes creating the illusion of a volleyball game being played in slow motion. Wilding returns to the fast lane during “Fire,” an exuberant dance of celebration. The Eschers performed the work brilliantly. Articulations were crisp and precise during fast passages, and the players exchanged musical lines seamlessly, bringing Wilding’s music to life with a range of nuanced colors. 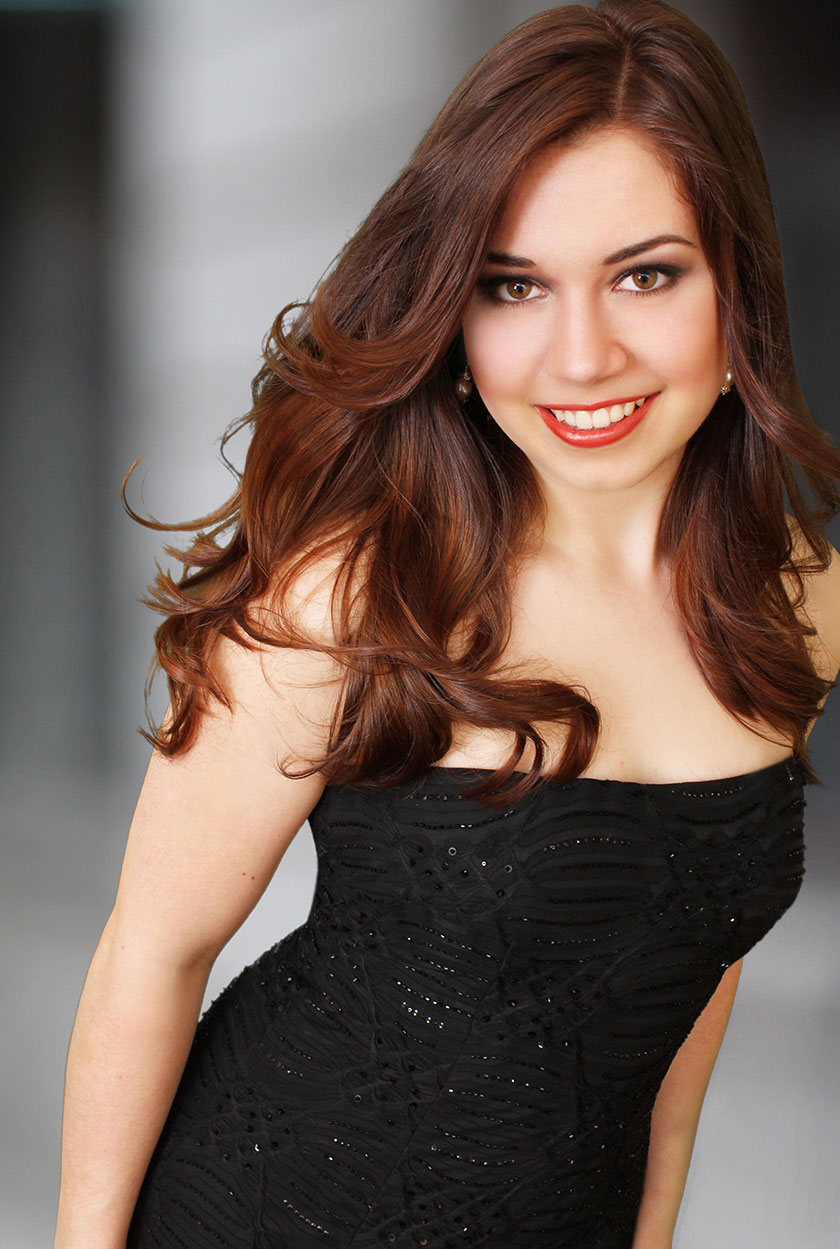 Among TMA’s many educational offerings is the annual Scholarship Competition. The 2017 winner, soprano Olivia Boen, proved herself to be worthy of the honor during her three-work set. Assisted by the skillful pianist Javier Gonzalez, Boen brought youthful passion to “Je veux vivre” from Charles Gounod’s Roméo et Juliette. Her pure tone carried beautifully into the hall. The soprano’s delivery of Rachmaninoff’s poignant Vocalise was infused with sorrow. Boen, a recent graduate of the Oberlin Conservatory, clearly has an instinct for the music of Richard Strauss, and her performance of Mädchenblumen was beguiling. Singing with a full-bodied, sparkling tone, the soprano brought charm to “Kornblumen” (cornflower), while “Mohnblumen” (poppy) was full of personality. Boen supplied the appropriate sense of sorrow to “Epheu” (ivy) and her delivery of “Wasserrose” (water lily) was captivating.

Another TMA educational program, the Brahms Allegro Junior Music Club, was represented with flair by violinist Grace Brown. Along with pianist Jin Yu, Brown offered up a musically thoughtful and technically solid performance of the first movement of Max Bruch’s First Violin Concerto.

The evening concluded in grand fashion with the Escher joining 2016 Cleveland International Piano Competition Gold Medalist Nikita Mndoyants for a spectacular account of Schumann’s Piano Quintet in E-flat. This was a high-octane performance that wore its passion on its sleeve yet always maintained a brilliant sense of ensemble — even during the scherzo, which was played at a breakneck, blistering tempo. The Escher produced a beautiful, rich sound even during the most technically tricky passages, and Mndoyants played masterfully throughout, always in touch with his colleagues. A brilliant ending to a celebratory evening.

Photo by Roger Mastroianni: Mndoyants and the Escher Quartet in the chamber music round of the 2016 Cleveland International Piano Competition.