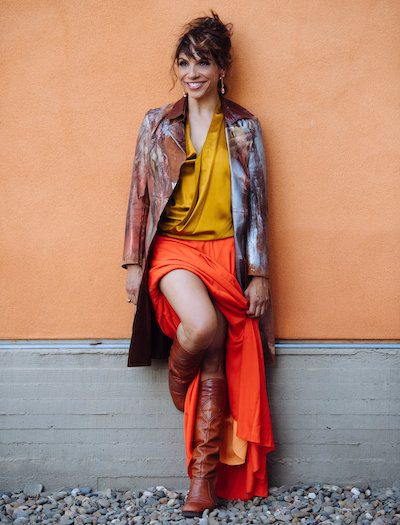 Pianist Lara Downes will bring together two recent projects, one devoted to Leonard Bernstein, the other celebrating women composers, when she visits E.J. Thomas Hall in Akron on Thursday, April 18 at 7:30 pm as part of Tuesday Musical’s Fuze Series.

Bernstein’s own works, new arrangements of his pieces, and works that were dedicated to him by John Corigliano, Lukas Foss, and Michael Abels will make up the first half of the program — mostly taken from Downes’ 2018 album For Lenny.

Next is The Answer is: Yes, a recent Bernstein-inspired piece by Tuesday Musical composer-in-residence Gregg Kallor, premiered in October. New to this performance is a dance aspect — Downes will collaborate with the Miller South Dance Ensemble, directed by Ashley Watts, and comprising students from Miller South School for the Visual and Performing Arts in Akron.

Drawing material from her album Holes in the Sky, released in March, Downes will spend the second half of the program focusing on women composers — Eve Beglarian, Ann Ronell, Elena Ruehr, Florence Price, Hazel Scott, and Billie Holiday — before finishing off with more Bernstein.

And that name is where Downes and I began our recent telephone conversation. I asked the pianist how she first encountered Bernstein’s music.

“It was West Side Story,” she said, adding how common that is. “I had this strange childhood where we watched mostly very old movies, and West Side Story was a favorite. That music is so gripping and tells the story so well. It’s kind of miraculous no matter how many times you hear it.”

Another early introduction to Bernstein came from music theory. “There’s that trick that theory teachers use to teach a minor-7th interval — the opening of ‘Somewhere,’” Downes said.

But having spent the bulk of her early studies in Europe, the pianist said that her knowledge of American music was very limited until she returned to the U.S. in her late teens.

“Then I realized where Bernstein fit into the musical landscape,” she said. “And I became aware of what he stood for as a human, which is fairly unusual in the history of classical music. He had the courage to move among different styles, and not to follow the fashions of his time, but just to do what felt right and fun. And the hat-juggling — doing so many different things so well.”

To Downes, Bernstein’s impact is still obvious. “I don’t think that Yo-Yo Ma would be doing what he does if it weren’t for Lenny. He lived and breathed music, but for him it was part of a bigger message that he wanted to impart. I think that’s where many of us fit under the Bernstein umbrella.” 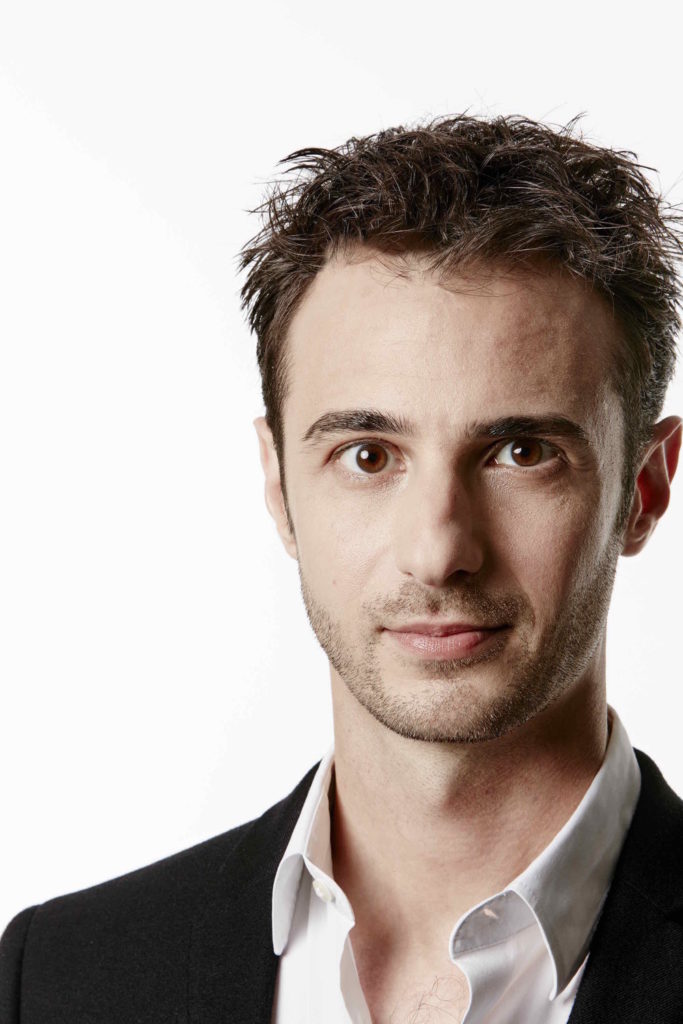 Asked about Gregg Kallor’s new piece, Downes said that she had approached him to be part of her Bernstein album, but that the timing didn’t work out. “We were both sad about it,” she said, “but I’m so happy to be able to play it now. It’s a great piece, and I love his music. I think he’s just so gifted, and he has a really original voice. That’s going to be a happy reunion.”

The program will transition to female composers with Eve Beglarian’s Another Time/For Lenny, which was written for the Bernstein project. “I’ll play music that comes from his time and place, like Ann Ronell’s Willow Weep for Me, and then just go more deeply into the world of women, which Lenny was very supportive of as well. Leading out, I’ll do a Billie Holiday set which ends with Big Stuff, which he wrote for her, and then some movements from West Side Story.”

In an interview for WNYC, Downes said that she’s been drawn to the women of the music world since she was a girl. Are there any women with whom she’s always hoped to collaborate? “Honestly, it’s been a dream come true to work with Judy Collins on this project,” she said. “Again, she’s really an artist-citizen, and someone who shaped not only the music of her time but who stepped up and lent the music to bigger causes.”

Another hero Downes mentioned: “I would give anything to have been in the same room with Aretha Franklin for a minute or two.”

Franz Welser-Möst led the final bows on Saturday night at Severance, like the star of any show should. The Cleveland Orchestra’s music director is in his element presiding over the ensemble’s annual opera production, which this season packs the drama. Verdi’s Otello — in a concert staging that opened May 21 and runs for two more performances (May 26 and 29) — demands big voices, instrumental forces to match, and a conductor who can give it all shape and direction. END_OF_DOCUMENT_TOKEN_TO_BE_REPLACED

The cimbalom was the feature of the show, an instrument capable of taking on many personas. Its performer, Chester Englander, has shaped his career around the instrument, and has inspired composers to write more repertoire for it, some of which was presented on the program. END_OF_DOCUMENT_TOKEN_TO_BE_REPLACED

You wouldn’t expect that acoustic from a glance at the nave, which is wide and long, but not especially lofty. But when I guest conducted a local amateur choir and professional orchestra in Beethoven’s Mass in C there a few years back, during the first rehearsal we released the final chord of the “Gloria” and listened in astonishment for the next several seconds. The sound continued to roll down the space like the big wave that surfers dream about. END_OF_DOCUMENT_TOKEN_TO_BE_REPLACED