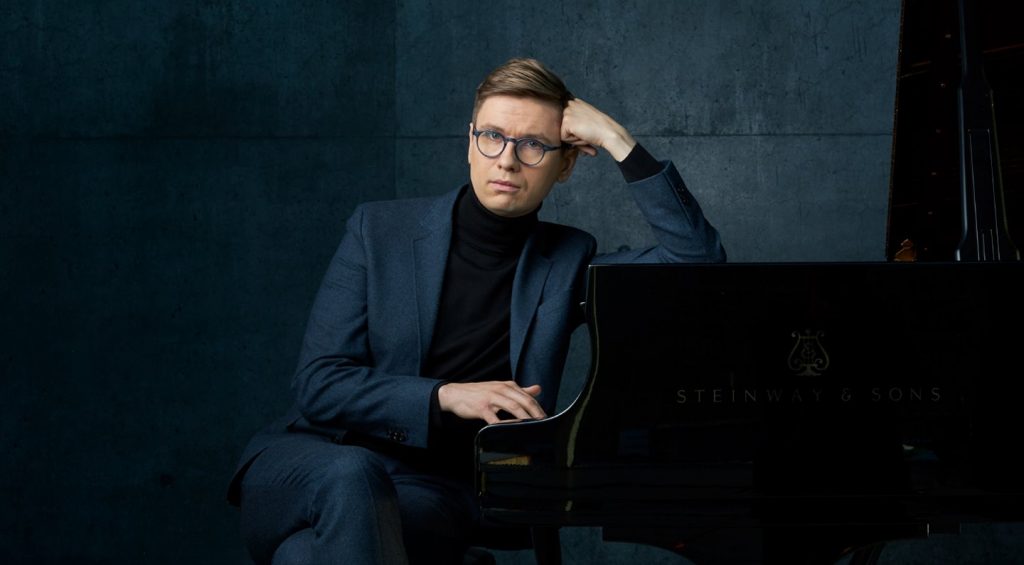 Mozart got top billing on pianist Víkingur Ólafsson’s November 30 recital in Reinberger Chamber Hall, but another composer should have had the honor. Haydn’s musical sensibility was the key to understanding the bold claims and idiosyncratic style of the evening’s program, “Mozart and Contemporaries.”

Happily, both composers — along with several lesser-known figures of the Classical era — featured in Ólafsson’s performance, the first in a series of high-profile piano recitals that The Cleveland Orchestra will present at Severance Music Center this season. It was an up-close look at one of classical music’s more thought-provoking soloists in recent years — and at one of his signature projects.

On paper, the concert was a complete rethinking of a certain composer. Ólafsson’s idea with this program, which he recorded for Deutsche Grammophon in 2021 and reprised piece for piece here, was to demystify Mozart: to make the 18th-century wunderkind seem less singular and more accessible by placing him within his historical context.

In performance, Ólafsson achieved something slightly different. He matched the composer’s reputation for virtuosity, playing each half of Wednesday’s recital without pause. It wasn’t exactly effortless, but it was an impressive show of endurance that gave purpose and shape to the program.

And that’s where the similarities with Mozart largely ended. To start the evening, Ólafsson alternated between the works of a handful of fellow composers, showing the development of musical ideas across a couple of generations. Offbeats were a rhythmic theme that began with the first movement of Baldassare Galuppi’s Piano Sonata No. 9 in F, picked up speed with C.P.E. Bach’s Rondo II in d, and were ultimately refined with a piece like Mozart’s Fantasia No. 3 in d, K. 397.

Even in the unbroken flow of music, you could hear whose compositions were whose. Mozart’s K. 494 and 485 Rondos acted as framing devices that allowed other works — like Domenico Cimarosa’s miniature Keyboard Sonatas Nos. 42 and 55 — to emerge as individual episodes.

But the Mozart pieces themselves were all over the place. Ólafsson brought out the precise voicing of the composer’s Kleine Gigue in G, K. 574, crafting not so much a little jig as a Baroque fugue. He played up the Romantic passion of the Piano Sonata No. 14 in c, staging a struggle that sounded like Beethoven. And he generally took time, exaggerated tempos, and inserted interruptions, even in a straightforward score like the Piano Sonata No. 16 in C.

Fortunately, there was one work at the program’s center that helped make sense of it all. Haydn’s Piano Sonata No. 47 in b wasn’t just another detour between contrasting pieces by Mozart. In its simplicity, wide-ranging style, and little musical peculiarities, Haydn’s sonata represented a wellspring of compositional ideas influential for Mozart in his lifetime and still for some musicians today.

Just look at the second half of Ólafsson’s recital. The pianist offered a transcription of the Adagio from Mozart’s String Quintet No. 3 in g — a strange, sensitive work for standard string quartet plus an extra viola. Haydn might have played that part, according to one historical account Ólafsson cites in his program notes. Certainly, when it comes to chamber music in the 18th century, even Mozart would say there was no one better.

END_OF_DOCUMENT_TOKEN_TO_BE_REPLACED

The strings-only work by Berg has made relatively frequent appearances on the Orchestra’s programs. In 2021, the musicians recorded it for the In Focus series, and it appeared again on last year’s European tour. Friday’s rendition maintained the group’s characteristic light and effortless playing, each section blending as much as possible to echo the work’s original form as a string quartet. At fifteen minutes total, the piece is quite short, but the dense encoded musical meanings require some extra-attentive listening. Splitting up the three movements ensured that each one could be appreciated on its own. END_OF_DOCUMENT_TOKEN_TO_BE_REPLACED