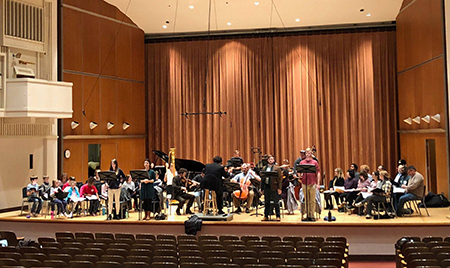 “Believe it or not, I have spent another year working on this oratorio,” Brouwer said during a telephone conversation, noting that with works such as this, revisions are common. “Operas are almost always revised after the premiere. And honestly, it probably could have gotten other performances the way that it was, but I was not happy, especially with Part Four.” 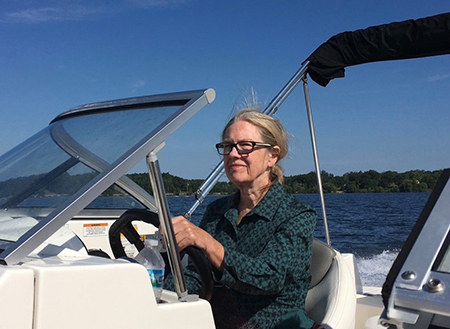 The composer said that the revised version of Voice of the Lake focuses on factual information in the libretto, veering away from using poetic lines. “I have changed many of the words because feedback from audience members was that the poetry did not work in the context of the other somewhat scientific, environmental language. The music is the same, but the words have changed.”

The revised version also contains two new arias. “There’s a big aria for the tenor in Part Four. It’s very operatic — about eleven minutes long. The character goes through a real personality change because earlier in the piece he’s representing the U.S. Army Corps of Engineers, and here he’s walking along the lake and sees the green algae, which makes him realize that something has to be done. The idea for the new aria for the mezzo is that she and the soprano have been on a canoe trip on the Maumee River and they are sharing photos. Most of the new music is in Part Four, but it still ends with the children singing.”

Later this month, Brouwer will take the production to Cincinnati for a performance at The North American Lake Management Society during their International Symposium. “There was so much attention given to it on the radio after the premiere last year. The entire recording, along with an interview with me, was played in New Jersey on Earth Day. I was also interviewed on NPR with snippets of the music. People from around the country heard the interview and they started corresponding — they said lake management is what we do, and that’s what the piece is about.”

Part One of the oratorio was performed at the Museum of Natural History as part of Linda Butler’s photography show about Lake Erie. “We hope this musical vista of nature will help raise awareness about the pollution of Lake Erie and its need for protection,” Brouwer said. “I also feel like I’m creating a new art form by putting science into art music.”

END_OF_DOCUMENT_TOKEN_TO_BE_REPLACED

Supported by engagingly, yet simple staging by Cara Consilvio, a well-prepared cast of singers told the archetypal story of Cinderella with charm and flair. Framing the production was  a sparse but colorful set and wonderful lighting by Dave Brooks. END_OF_DOCUMENT_TOKEN_TO_BE_REPLACED