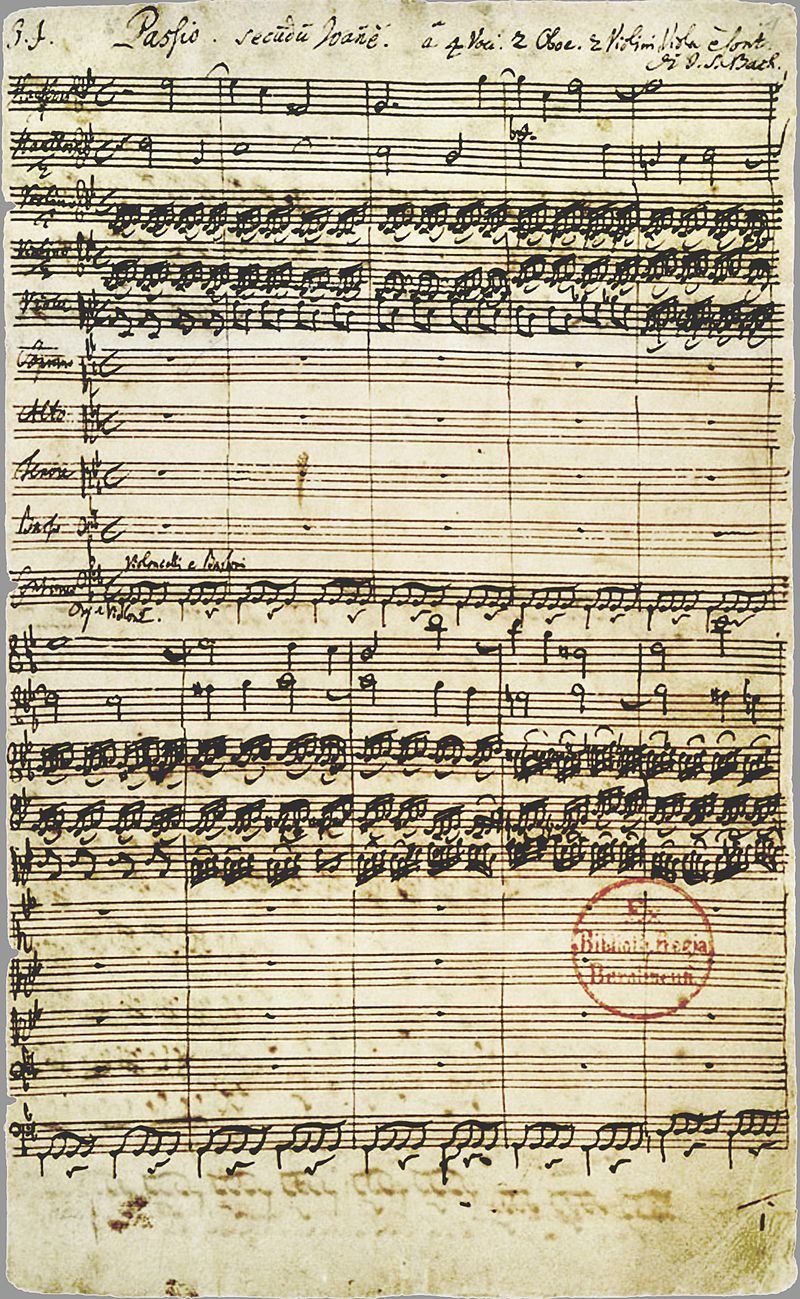 Of Johann Sebastian Bach’s two extant Passion settings, the St. John is the more dramatic, an excursion in a speedboat compared to the ocean liner-like progress of the St. Matthew.

As part of Bach’s plan to establish a “well-regulated church music” after his arrival in Leipzig in 1723, he initiated a five-year cycle of weekly cantatas, and planned an elaborate setting of the Passion according to the Gospel of John for performance on Good Friday afternoon of 1724.

On that occasion, the congregation in the St. Nicholas Church (the performance was moved from the St. Thomas Church at the last minute) would have functioned less as an audience attending a sacred concert than as active participants in a liturgical drama — the closest Bach came to writing opera.

In addition to hearing the narrative from the Gospel, sung by the Evangelist and soloists who took the individual roles of Jesus, Peter, Pilate and others, the congregation would have been drawn into the story of Jesus’s arrest, trial, and execution through the exclamations of the crowd (sung by the choir), meditative arias (sung by soloists), and Lutheran hymns that everyone knew by heart (there was a printed libretto to follow, but no hymnals in the pews). And a sermon — a long one, by Lutheran tradition — would be preached between the two halves of the story to further relate the story to the congregants’ lives.

Now as frequently performed in concert halls as in churches, Bach’s St. John Passion has become part of the canon of Western music, an outcome its composer might have had in mind. After making a number of practical and theological revisions of the piece during the 26 years since its first performance, he penned a beautiful fair copy of the final version of the score in 1749.

Much has changed in the world since then. Bringing an 18th century sacred work into a 21st century secular setting like Severance Hall raises issues beyond the details of performance practice. One of the persistent questions about both of Bach’s Passion settings is whether the works harbor anti-Semitic sentiments — were the Jews responsible for the death of Jesus? 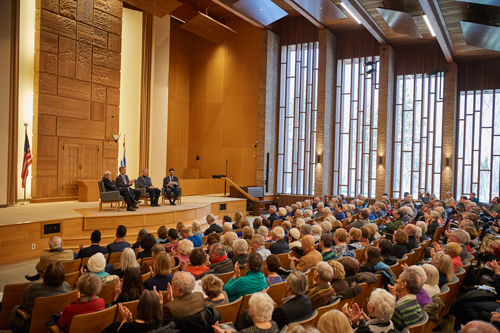 Before Bach entered the picture, the authors of the fourth gospel already had uniquely hostile things to say about the Jews, as did Martin Luther in his inflammatory 1543 tract On the Jews and their lies. As a Lutheran Cantor writing a setting of the Passion story, Bach had to deal both with scripture and  tradition.

Perhaps he did too good a job. From the foreboding opening chorus, full of turbulence and chilling dissonance, to the seething crowd choruses that scream “Crucify! Crucify!, much of the music is unsettling and challenging. But as Alex Ross pointed out in a recent New Yorker article, the composer has given the listener “a way of coming to terms with extreme emotion.”

During the discussion on Sunday, Marissen pointed out that although the Gospel of John is among the most anti-Jewish of the Christian scriptures, Bach softened those sentiments through arias and chorales that shift the onus of Jesus’s death from the Jews to all mankind. After Jesus’s arrest, a servant of the High Priest strikes him on the cheek for his seemingly insolent response to a question. Who struck the blow? In the hymn that follows, the chorus sings in the name of the congregation:

I, I and my sins,
that can be found like the grains
of sand by the sea,
these have brought You
this misery that assails You,
and this tormenting martyrdom.

Rabbi Klein noted that it’s important to face the ugliness of the world, and Bach’s St. John forces us to confront conflicts within ourselves. How do we we cleanse ourselves of these tendencies? How do we respond to great art that contains disturbing elements? 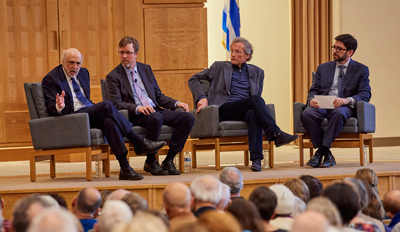 Welser-Möst noted that the development of humankind reaches a height in classical music, and that great art deals with complicated questions. Rejecting the attempts by some conductors to fiddle with the text to turn Jüden (“Jews”) into Leute (“People”), he said that we hear works like the St. John Passion differently after two world wars, and that great art has to prove itself again in every generation. Here, Welser-Möst trusts the intelligence of his audience, saying that he is “full of humble joy to be music director in the most sophisticated community in the world.”

This short summary of the discussion doesn’t do justice to the nuances of Sunday’s conversation. You can watch a video or listen to the audio of the complete, hour-long session on the WCLV website.

The Cleveland Orchestra’s St. John Passion performances will take place in Severance Hall on Thursday, March 9 at 7:30 pm, Saturday, March 11 at 8:00 pm, and Sunday, March 12 at 3:00 pm. Tickets can be reserved online. The Saturday evening concert will be broadcast live on WCLV, 104.9 IdeaStream and streamed on wclv.org.

END_OF_DOCUMENT_TOKEN_TO_BE_REPLACED

Supported by engagingly, yet simple staging by Cara Consilvio, a well-prepared cast of singers told the archetypal story of Cinderella with charm and flair. Framing the production was  a sparse but colorful set and wonderful lighting by Dave Brooks. END_OF_DOCUMENT_TOKEN_TO_BE_REPLACED