By Daniel Hathaway and Daniel Hautzinger 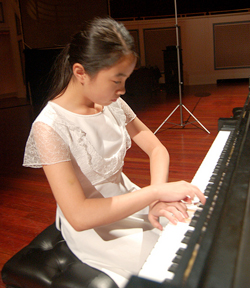 The idea of playing finger-tangling pieces on the piano in front of distinguished piano professors and performers for a prize would have most people curled up in a corner asking for mercy, but not fifteen year-old Evelyn Mo.

“The competitions are actually one of my favorite parts of playing piano,” she said over the phone. “I think that they make the whole thing more rewarding and worthwhile, and it’s an exhilarating experience while you’re playing. I just take a few deep breaths, go through the pieces in my mind, relax, and play.”

Mo will join 28 other thirteen to eighteen year-old pianists in Oberlin for the Thomas and Evon Cooper International Piano Competition, with participants hailing from nine countries. The competition runs from July 17-26, with cash prizes awarded to the top six competitors. The final round features the top three competitors performing a concerto with Jahja Ling and The Cleveland Orchestra at Severance Hall on July 25. Those three participants also receive a full scholarship to Oberlin Conservatory.

“I have to say I’m so impressed with the care that Jahja Ling takes at the rehearsals, how easily he connects with the kids and how much he cares to do the job,” said competition director and Oberlin piano professor Robert Shannon in a phone conversation. “I also have to say that I’m equally impressed with how much The Cleveland Orchestra wants to play well with these kids. It’s a really beautiful thing to see. They really go for it. I’ve been very, very moved by that.”

The Competition begins with two rounds of semifinals, which narrow the field to ten competitors, who are then judged on their performances of a concerto in two sessions on July 22. Six pianists (all of whom will receive prizes) then advance to the recital finals on July 23, where they present a thirty-minute program. (These rounds can be watched live here). Finally, the three winners of that round proceed to Severance.

All competitors are required to play the first movement of a sonata by Mozart, Haydn, Beethoven, or Schubert, a lyrical piece chosen from a pre-determined list of Mendelssohn, Chopin, or Schumann, and one or two works of their choice.

Out of twenty-one possible concerto choices, the competitors chose thirteen, with six playing Chopin’s First Concerto. There is a three-way tie for second most popular choice, with three people each playing Beethoven’s Fifth Concerto, Prokofiev’s Third and Rachmaninoff’s Second.

The rounds are adjudicated by different configurations of eleven judges: six of the Oberlin piano faculty and five guest judges, from the US, UK and Asia. The judges also offer master classes throughout the week. 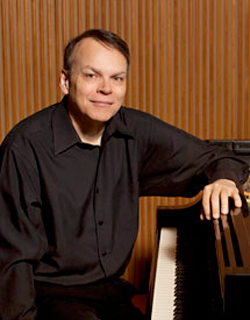 “I find the Competition really stimulating,” said Shannon, who will conduct the first master class. “I’m eager to get up every morning and see what happens. I usually crash at the end, but while it’s happening I’m really excited.”

For Mo, who began learning piano at three and a half years old and entered her first international competition at age 12, the Competition is also a chance to make friends and experience teachers that she might want to study with in college. But before she thinks about college, she has her “academically rigorous,” math-and-science-focused high school in Virginia to succeed in.

“Some of my non-musician friends in school are very admiring because playing piano is definitely not an easy thing to do. Others are like, ‘can you play pop music?’” She may not do that, but she could be performing with The Cleveland Orchestra in a couple weeks and going home with a $10,000 prize. Pretty good for a fifteen year old.