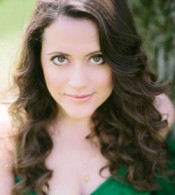 Boston-based soprano Amanda Forsythe returns to Apollo’s Fire this weekend to sing Johann Sebastian Bach’s wedding cantata, Weichet nur, betrübte Schatten, with oboist Debra Nagy and Jeannette Sorrell’s period instrument ensemble. The program, titled “Three Duels and a Wedding,” also includes concertos by Bach and Telemann (those are the “Duels”), and will be performed in four different venues from February 8-11.

Forsythe has been a frequent guest of Cleveland’s Baroque Orchestra, having appeared with Apollo’s Fire in “Mozart and Papa Haydn” in 2013, “The Power of Love: Passions of Handel and Vivaldi” in 2014, and in Bach’s St. John Passion in 2016.

The soprano made a strong impression at the Boston Early Music Festival in 2013, when she sang the role of Edilia in Almira, Handel’s very first opera, written at the age of 19 and premiered in Hamburg in 1705. Reviewing those performances for The New York Times, James R. Oestreich found Forsythe “simply dazzling in her fioritura and her altitudinous rages.”

Because Amanda Forsythe was traveling in Germany with sketchy internet connections, we were unable to speak with her directly, but she kindly agreed to respond to a few email questions.

Daniel Hathaway: What takes you to Germany at the moment?

Amanda Forsythe: I was in Bremen recording Handel’s Almira with the Boston Early Music Festival (I sing Princess Edilia). This is maybe my 9th recording with BEMF for the CPO label.

DH: What are some other recent projects that have been particularly exciting for you?

AF: Let’s see… I had a fun tour and recording last season with Philippe Jaroussky and I Barocchisti. We toured a program of music from various settings of the Orpheus myth (Rossi, Sartorio, Monteverdi, Gluck), and then recorded a new edition of the Gluck — the music for Euridice is completely different than the version we are used to hearing, as it was re-written for a particular high soprano.

I did a fun Mendelssohn Midsummer Night’s Dream with the LA Philharmonic in November — it was a staged version with terrific actors, led by the wonderful Finnish conductor Susanna Mälkki. And I made my debut as Pamina in The Magic Flute with Seattle Opera. That was the first time I was able to bring my kids to one of my staged performances!

DH: BWV 202 is one of Bach’s most-recorded cantatas. What do you think makes it so popular?

AF: The opening of this piece is magical, and each movement is so inventive. There are extremely virtuosic instrumental parts for cello, violin, and oboe — it’s a good opportunity for us all to show our personalities! I’m excited to be singing the wedding cantata again. I first sang it on my graduate recital program at the New England Conservatory 15 years ago! 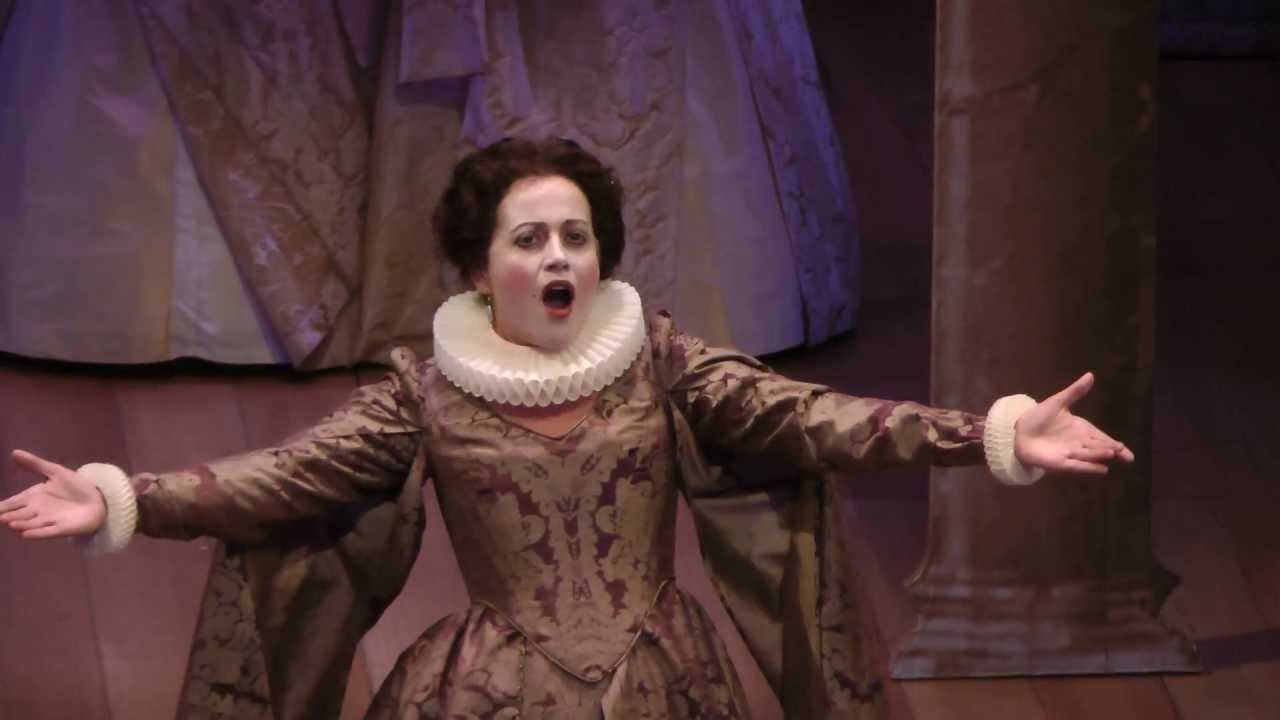 DH: Have you collaborated with Debra Nagy before?

AF: We have collaborated many times, and I’m thrilled that Debra will be playing with me in Cleveland. She’s an incredible player and I am her biggest fan. My favorite experience with her was on the tour of my CD, The Power of Love, with Apollo’s Fire. I had decided it would be a great idea to do a dramatic costume change between arias, and was so busy primping that I didn’t hear her playing the complicated introduction to “Geloso tormento” from the first act of Almira. She ended up having to play through it twice, with variations, until I finally ran on stage, feeling out of breath and very tormented indeed! But she played so beautifully that the audience didn’t even notice.

END_OF_DOCUMENT_TOKEN_TO_BE_REPLACED

Rodgers & Hammerstein’s Cinderella was originally produced for television in 1957 — seven years after the animated Disney film was released — and starred Julie Andrews. According to the Rodgers & Hammerstein website, it was viewed by over 100 million people. END_OF_DOCUMENT_TOKEN_TO_BE_REPLACED

The story line has its origin in an 1855 play and an 1842 farce that Thornton Wilder mined for his 1938 play The Merchant of Yonkers. When that turned out to be a flop, in 1954 Wilder made the crucial decision to re-center the show around the character of the legendary marriage broker Dolly Gallagher Levi and renamed it The Matchmaker. END_OF_DOCUMENT_TOKEN_TO_BE_REPLACED

The Dodero Center for the Performing Arts at the Gilmore Academy in Gates Mills is one feature of an impressive campus. The auditorium is shallow, the stage is deep, and the ensemble played without a shell. Throughout the program, the sound, especially in instruments’ lower registers, tended to disappear. END_OF_DOCUMENT_TOKEN_TO_BE_REPLACED