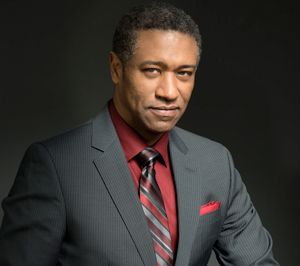 Born and raised in Cleveland, bass-baritone Mark S. Doss now enjoys an opera and recital career that takes him all over the world. The Grammy-winning bass-baritone will return to his hometown on Saturday, October 22 at 7:00 pm for a special concert at the Phillis Wheatley Association, 4450 Cedar Ave., sponsored by ARTS in Central.

Doss will join his longtime pianist Jerry Maddox in a program of opera arias, art songs, and spirituals to benefit the after-school and summer youth programs of Foluké Cultural Arts Center, Inc. Tickets at $40 include pre-concert cocktails and a post-concert reception, but concert tickets alone run from $10 to $25. Details and ticketing information here.

In a 2012 interview before his recital celebrating the centenary of the Cleveland Music Settlement, Doss told ClevelandClassical.com about his early plans to become a baseball-playing priest and his eventual transition into the world of opera. Since then, he has sung 90 roles with more than 60 major opera companies around the world, including Milan’s Teatro alla Scala, the Vienna State Opera, London’s Covent Garden, San Francisco Opera, Lyric Opera of Chicago and the Canadian Opera Company.

Doss had just returned from singing Mephistopheles in Gounod’s Faust with Ópera de Oviedo in Spain when we caught up with him by telephone at his home in Erie, PA.

Daniel Hathaway: You have a singing career that takes you all over the map! What were some highlights of last year?

Mark S. Doss: Oh my. This time last year I was in Turin doing Aïda with Gianandrea Noseda and a wonderful cast — I’m coming up to 70 or so performances of that opera. Then I went on to Rome and sang the role of Cadmus in Hans Werner Henze’s The Bassarids, taking over for a singer who said he’d been to five different coaches and finally decided the role was unlearnable in the time he had. He equated it with Wozzeck. It’s not as difficult, but it was beautiful music to learn ad sing.

I have a role preparation regime to get inside the character and text. Sometimes I diagram sentences and put difficult phrases into solfeggio. Both of those techniques are falling out of favor, but they’re still very useful and interesting for me. Then I went to Chicago to sing Messiah, probably my tenth year, and went to the Dorset Festival in the U.K. in the summer for Macbeth. That turned out to be more difficult than I thought, but then I realized it was the texts that were giving me problems — it’s Shakespeare! I had to go through the libretto more thoroughly to see what Verdi’s adaptation of Shakespeare wanted to convey.

Then on to Boston’s for Antonín Dvořák’s Dimitrij, the sequel to Boris Godunov. I hadn’t really prepared a Czech role for some time since I sang in Russalka with Renée Fleming back in 1995. Boston was a concert version, using scores. That became something of a hinderance because I like to internalize the music so I can really communicate with audience.

DH: Tell me about your recital program in Cleveland. What will you be singing.

MSD: What won’t I be singing? (Laughs) The first half includes selections from all the lead roles in the bass-baritone world. Familiar melodies will jump out at you, but these pieces are not heard every day. I’ll do some talking to put things in context. It starts with Boito’s whistling aria from Mefistofele— a bombastic beginning that I hope won’t scare the audience. It says, ‘hold onto your chairs and let’s go!’

Next, I’ll do the winter aria from Stephen Colantti’s opera, The Selfish Giant, based on the children’s story by Oscar Wilde. We’ve just recorded it in Erie. The message is that we have to become like little children before we can enter the kingdom of heaven. It makes an immediate impression the first time you hear it.

Then comes the ‘I have attained the power’ aria from Boris, followed by “Lord Jesus, Hear My Prayer,” from Louis Gruenberg’s Emperor Jones, and Sois immobile from William Tell. Rossini in French! I’ll end the first half with “I got plenty of nuttin’” from Porgy and Bess.

After a gorgeous Straussian, Pucciniesque aria from Daniel Catan’s Florencia en el Amazonas that I did with Houston Grand Opera, I’ll sing the water gnome aria from Russalka, and then “Old Man River” — why not. That takes us back to the richness of the bass range, and I’ll sing the longer version I just started using.

We’ll end the program with selections from Kurt Weill’s Lost In The Stars, a small set of sacred songs, and Jacques Brel’s If We Only Had Love in ten different languages — English, French, Italian, Russian, Spanish, Latin, German, Hebrew, Swahili, and Greek— with a refrain after each verse. Brel’s original title read ‘when’ rather than ‘if,’ so he was more optimistic about our ability to reach the stars than his translators were.

DH: Wow. That’s a lot of languages in one program. More than a lot of singers would take on. Do you have a special gift for languages?

MSD: I studied French, German, and Russian at Berlitz in New York in my spare time while covering roles at City Opera. My fellow cast members would always ask, ‘What language are you taking today?’ I also took a lot of Latin at St. Joseph’s Seminary.

DH: Do you get back to Cleveland frequently?

MSD: Not so often in the last few years. I’m looking forward to reconnecting with all the organizations I’ve worked with in Cleveland and Oberlin too. I’m also looking forward to talking to the kids in the Foluké Cultural Arts Center program. I was looking for a worthy group to support, and this is right up my alley.

Jackson began the program with a recitation of Langston Hughes’ poem “Helen Keller” — the first of five poems by Hughes that served as interludes between each piece on the first half. END_OF_DOCUMENT_TOKEN_TO_BE_REPLACED

Pianos with pins and tape on strings, a bass drum and tam tam, crotales, Almglocken, and vibes. Microphones were hooked up all around the instruments. The feed was sent to speakers around the room. Lighting designer Nicholas Houfek hung incandescent globes over the arrangement of instruments from thin black wires stretching across the beams. END_OF_DOCUMENT_TOKEN_TO_BE_REPLACED

From the podium, Elim Chan set an ambitious tone for the evening. The rising star conductor, here in her Cleveland Orchestra debut, has a commanding style, and every twist and turn in Saturday’s performance tracked closely with her baton. END_OF_DOCUMENT_TOKEN_TO_BE_REPLACED