CAL chose Citizen, and the 2019 Big Read Cleveland kicked off in late January with a conversation with Rankine herself. The events run through March, covering a range of topics related to race and writing (see the full list here).

After reading the book, Jones, Caswelch, and Keller got together to discuss it, and the two singers later met over coffee to choose repertoire. Both of them were struck by a section devoted to Serena Williams. “You see everything she has gone through in order to do what she loves,” Caswelch said. “You see the trauma of dealing with racism within a sport that hasn’t always accepted her.” 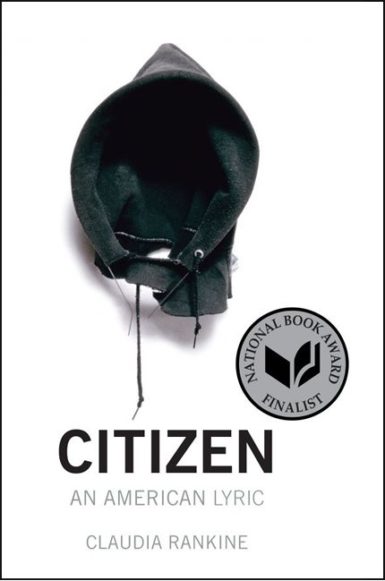 That section made the singers think of two songs by Florence Price: My Dream and Songs to the Dark Virgin, both on poems by Langston Hughes. To Caswelch, Songs to the Dark Virgin feels like a celebration of Williams and her body. “It’s just gorgeous,” she said. Jones quickly recalled the first lines of My Dream over the phone — “To fling my arms wide / In some place of the sun.”

Among female African-American composers on the program, Price is joined by Margaret Bonds and Cleveland-based composer Dolores White, as well as Lauryn Hill as an arranger. “We wanted to keep that voice,” Jones said, referring to the book’s author, Claudia Rankine, and its focus on Williams.

Two other pieces that came to mind for Jones were Bonds’ “I, Too” from 3 Dream Portraits, which also set poems by Hughes, and White’s We Wear the Mask, on a poem by Paul Laurence Dunbar.

“I think most people are familiar with that poem I, Too,” he said, quoting another line — this one about “the darker brother,” who’s usually sent to eat in the kitchen when company comes over, but decides that tomorrow, he’ll eat at the table. (It’s worth taking a moment to read the whole thing. It’s only 62 words.)

Interspersed among the solo works will be a couple of duets, including a blues piece by “Fats” Waller titled Black and Blue (What Did I Do). “It was made popular by Louis Armstrong,” Jones said, “and most people know it from the book Invisible Man by Ralph Ellison.”

Caswelch brought up the choice of John Adams’ duet “Este Pais” from his songplay I was looking at the ceiling and then I saw the sky. The libretto, she pointed out, is by writer and activist June Jordan, a black woman. But the song’s lyrics also spoke to Caswelch: she quoted lines to me about racism and violence. Then her thoughts turned to the 2014 shooting of Tamir Rice. “It’s something that we’re still talking about,” she said.

Still, she emphasized that the program, like the book, won’t be all sad — it’s also a celebration. “It’s about being proud,” Caswelch said. Genre will also vary. “There will be blues, sorrow songs — not just sacred spirituals that most people are familiar with, but actual sorrow songs — and also spirituals, some modern pieces, classical, and Broadway,” Jones said, “just to show different ways of telling the same story.”

Caswelch closed our conversation reflecting on what being part of the project has meant to her. “I’m mixed,” she said. “My grandparents actually had to come to Cleveland to get married because it was illegal for them as an interracial couple in the ‘60s. And my parents are interracial. So it’s been really great being asked to do this project because it’s kind of opened the door to exploring different facets of myself that I hadn’t really taken the agency to explore yet.”

And for the audience, she said, “I hope that people leave feeling thoughtful and wanting to go learn more about all these really amazing composers.”

END_OF_DOCUMENT_TOKEN_TO_BE_REPLACED

The strings-only work by Berg has made relatively frequent appearances on the Orchestra’s programs. In 2021, the musicians recorded it for the In Focus series, and it appeared again on last year’s European tour. Friday’s rendition maintained the group’s characteristic light and effortless playing, each section blending as much as possible to echo the work’s original form as a string quartet. At fifteen minutes total, the piece is quite short, but the dense encoded musical meanings require some extra-attentive listening. Splitting up the three movements ensured that each one could be appreciated on its own. END_OF_DOCUMENT_TOKEN_TO_BE_REPLACED