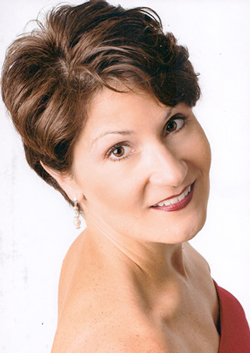 Last Saturday evening, May 14, as its final subscription concert of the season, the BlueWater Chamber Orchestra presented a lively and interesting program at the beautiful Plymouth Church in Shaker Heights. Guest conductor Raphael Jiménez replaced artistic director Carlton R. Woods, who was indisposed.

The highlight of the evening was the performance of Ludwig van Beethoven’s Egmont Incidental Music, Op. 84, for the 1787 play by the preeminent German poet, Johann Wolfgang von Goethe. Nearly a generation after the play’s creation, Beethoven, a great admirer of Goethe, was delighted to comply with a request by the Burgtheater to compose music for its revival. This took place during the Napoleonic Wars, at a time when France had extended its dominion over the larger part of Europe.

Beethoven, a true democrat, had scratched out his dedication to Napoleon on the title page of the Eroica Symphony when the latter crowned himself Emperor in 1804. The play and its music concern themselves with the heroic acts of Egmont, the 16th-Century Dutch nobleman arrested by the Duke of Alba, representative of the Spanish Empire. Egmont receives a death sentence, despite his mistress Klärchen’s attempts to help. She takes her own life, when all her efforts fail to save him. The play ends with Egmont’s last defiant call to fight for independence, and his martyr’s death seems a victory in the battle against tyranny.

The composer structured the incidental music as an overture followed by a mélange of accompanied soprano solos and orchestral interludes, concluding with an orchestral postlude. The gifted soprano Marian Vogel sang the powerful solo part with great expression.

Performing Beethoven’s music outside the actual play had mixed results. Goethe’s dialogue was replaced with a narrator. Although Dr. Joe Wendel has a powerful speaking voice and did a fine job with the optional German text (after Grillparzer and Goethe), the narration interrupted the flow of the music. Perhaps the use of translation-supertitles, as often done for opera performances, might have helped.

As Klärchen, Vogel shined in “Roll the Drum,” where she described the battle, and in “Joyful and Sorrowful,” where she expressed her ambivalent feelings. Her gorgeous voice always carried through the musical texture. The soulful “Klärchen’s Death,” depicting her anticipation of her lover’s execution and her imminent suicide, brimmed with sadness, resignation, and pathos. 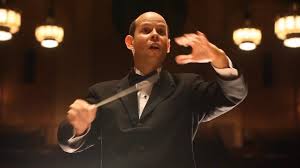 Jiménez and the Orchestra did an excellent job with the “Overture” and the closing “Victory Symphony,” both movements reflecting the style and energy of Beethoven’s contemporaneous Fifth Symphony. Ensemble and balance with the soloist, and the musical flow of the Interludes, were consistently first-rate.

The short set from Mozart’s Don Giovanni that opened the concert included the Overture and the paired recitative and aria, “In quali eccessi” and “Mi trade quell’alma ingrata” from the second scene of Act II. The orchestra gave the overture a fine reading. The two opening D-minor chords reflecting the opera’s dark mood. The subsequent sforzandos, dark chromaticism, and ascending and descending scale passages all presage the main characters’ conflicting emotions. The performance was excellent.

Vogel’s rendition of the recitative and aria was superlative, expressing Elvira’s conflicting emotions as she says she knows that Don Giovanni must be punished with death, and yet, remembering their happy past, wishes she could save him. The pacing, tone color, and balance by Jiménez and the Orchestra were outstanding.

Canadian composer Tawnie Olson was the first prizewinner of the 2015 Iron Composer Competition. The Competition requires the finalists to write pieces for a specific instrumentation in the space of 5 hours, using a “secret ingredient,” like the Iron Chef contests. California’s ANALOG arts first established the competition in 2007 in Omaha, but moved it to Cleveland starting in 2009, where Baldwin Wallace College now hosts it. WCLV-FM broadcasts each competition.

Last year Olson and the other finalists had to write their pieces for recorder, celesta, and sound icon, a type of bowed prepared piano. The secret ingredient was a board game of their choice. As a result of her victory, Olson received a commission from BlueWater for a piece to be premiered on this concert. Glimmer, Gossamer, Glint, a short single-movement work employs Klangfarbenmelodie, or a melody created by vacillations in orchestral tone color. Notable moments in the performance included brilliant melodic punctuations by the glockenspiel, an attractive French horn solo, and charming background accompanimental fragments in the violins.

Published on ClevelandClassical.com May 19, 2016.

Jackson began the program with a recitation of Langston Hughes’ poem “Helen Keller” — the first of five poems by Hughes that served as interludes between each piece on the first half. END_OF_DOCUMENT_TOKEN_TO_BE_REPLACED

Pianos with pins and tape on strings, a bass drum and tam tam, crotales, Almglocken, and vibes. Microphones were hooked up all around the instruments. The feed was sent to speakers around the room. Lighting designer Nicholas Houfek hung incandescent globes over the arrangement of instruments from thin black wires stretching across the beams. END_OF_DOCUMENT_TOKEN_TO_BE_REPLACED

From the podium, Elim Chan set an ambitious tone for the evening. The rising star conductor, here in her Cleveland Orchestra debut, has a commanding style, and every twist and turn in Saturday’s performance tracked closely with her baton. END_OF_DOCUMENT_TOKEN_TO_BE_REPLACED