Sometimes, the concerts that a music-lover remembers best revolve around isolated points of interest: a moving phrase here, a glowing chord there, the consistent verve of one player over the course of an evening. However, some performances contain such long successions of bright points that a pattern forms, and the entire experience becomes one protracted highlight. When the musicians of BlueWater Chamber Orchestra opened their ninth season last weekend, it became difficult to miss the forest for the trees: delightful moments kept arriving.

Shimmering upper strings welcomed King into his performance of Mozart’s Concerto No. 1. He played with both technical perfection and understated elegance, which in this case felt like the same thing. Just as a classic yet perfectly draped suit or dress impresses with no need for flashiness, so King rendered the trills and sudden runs of his solo passages with unerring purity and sense of necessity.

King reemerged for Mozart’s Concerto No. 2, the more athletic of the two concertos on the program. At one of Mozart’s signature brief swerves into the minor mode, the string section darkened their sound, and King let his tune soar. The sharp left turn in mood and texture registered in the gut as well as the ear. The slow movement gave King an opportunity to show off his grand-scale phrasing, and as the third movement began, the cellos briefly stole the show with a descending gesture that commanded attention. 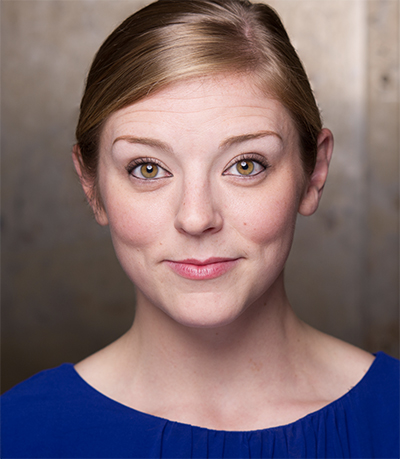 In the first movement of Falla’s El amor brujo, trumpeters David Duro and Kevin McLaughlin added edge to a fierce opening — but from the moment Stallings began to sing, it was her show. Strong in tone well into her lowest register, she radiated both power and, in her role as the piece’s haunted heroine, apprehension. In the second movement, the Orchestra played with the intensity of a group twice its size. Cup-muted trumpets added a glint of menace to the opening of the third.

Pianist Elizabeth DeMio served as the group’s secret weapon in the always-rousing “Ritual Fire Dance.” A sensuous oboe solo from Martin Neubert reintroduced Stallings in the fifth movement, and the singer’s sinewy tone and utter control once again made the brevity of her part feel like a crime against music. Concertmaster Emily Cornelius played both sweet and scratchy solos with equal conviction as the final movement began, and cellist Kent Collier brought honeyed tones to a lyrical moment. Between Stallings’ final lines and the profoundly beautiful final chord from the Orchestra, the conclusion of the concert made it hard to say goodbye.

With this work, premiered in 1907, Sibelius offered a bold departure from the explosive emotionalism so prevalent in late-Romantic era music. This symphony was a renewed embrace of Classicism’s purity of form and melody, and one that, oddly enough, left many initial audiences of the day somewhat bewildered. END_OF_DOCUMENT_TOKEN_TO_BE_REPLACED

After eating a Po’boy from The Dawg Bowl Cajun food truck, I caught the first half of Brian Culbertson’s show in The Connor Palace Theatre. END_OF_DOCUMENT_TOKEN_TO_BE_REPLACED