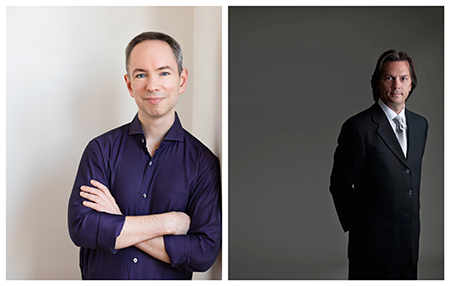 We all know that the pandemic forced many performing arts organizations to put their plans on hold. Case in point, the collaboration between BlueWater Chamber Orchestra and the Cleveland Chamber Choir that was scheduled for May of 2020.

Now, after a long wait, the two ensembles will come together on Saturday, October 8 at 7:30 pm at the Church of the Covenant for a performance of Beethoven’s Mass in C and American composer Gwyneth Walker’s emotionally intense The Golden Harp, featuring Ideastream Public Media’s John Mills as narrator. A pre-concert talk will be presented by Oberlin Conservatory musicologist Charles Edward McGuire 30 minutes before the performance. The concert is free.

The performance will be under the direction of both Gregory Ristow, Associate Professor of Conducting and Director of Vocal Ensembles at Oberlin, and Daniel Meyer, Artistic Director of BlueWater.

I caught up with Ristow and Meyer via Zoom and began by asking them how they came to pair the Walker with the Beethoven.

Daniel Meyer: BlueWater Chamber Orchestra has really enjoyed the two opportunities we’ve had in the past to collaborate with Cleveland Chamber Choir. And Scott MacPherson and I have had numerous conversations about how it would be wonderful to combine our forces to do a major work like the Beethoven Mass in C. We have an incredible resource from within the membership of Cleveland Chamber Choir to cast the soloists [sopranos Julie Myers-Pruchenski and Anna O’Connell, alto Kira McGirr, tenor Will Hamilton, and bass Albert Donze]. 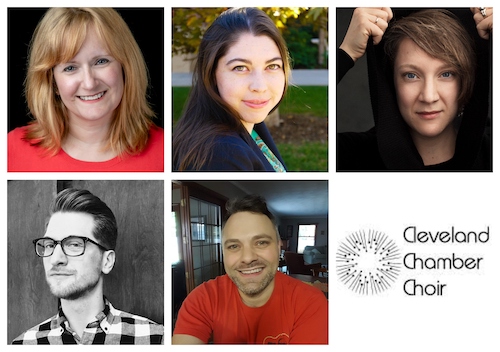 Scott was also keen on making sure that as far as repertoire was concerned, that we went off the beaten path in terms of familiarity. So he came up with the idea of the Walker and I thought that would make a lovely pairing — I said, let’s go for it.

Mike Telin: Greg, you’re conducting The Golden Harp: how familiar were you with Gwyneth Walker and her music?

Greg Ristow: Certainly in the choral world she is extremely well-known. I’ve conducted a number of her pieces and a premiere of hers in February or March of 2015. So she is a composer that I’ve known for a long time.

One of the things I just love about her is that there is an unabashed direct expression of joy in her music. It’s quirky, it’s touching, and when you meet her, she is exactly like her music — like life springing off the pages.

DM: I did not know her, but for the very same qualities that Greg just described about her music, I thought — why haven’t I had the opportunity to conduct her music? So this is a happy circumstance that we can pair this with a work that has been in the repertoire for centuries.

MT: How does the Mass compare to his other choral works and his writing in general?

GR: It’s less known than his Missa Solemnis. And even in its time — I think Beethoven was 36 or 37 when he wrote it for the Esterházy court — it was criticized for being a little bit too simple in its expression of the meaning of the Mass text.

Beethoven had to argue with his publishers to get the piece published because it had been so criticized. And in many ways it is not like his other works. It feels more accessible than much of what he was writing in his Middle Period. 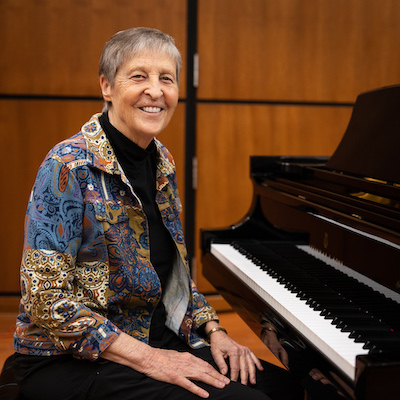 MT: Regarding the texts of both works — Walker [above] sets the words of Bengali poet Rabindranath Tagore and Beethoven sets the text of the Latin mass — how do both composers approach text-setting?

DM: I come at it from the perspective of being a former composer and knowing what it’s like to set a text to music. And, except for maybe Stravinsky and a few other composers, the text is primary.

The meaning behind the syllables and vowels is what gives you impetus to write in certain ways. Whether it’s an ascending line at a moment of joyousness or it’s a minor key at a moment of sinfulness or sorrowfulness, those all inform the way that composers approach the text.

And I like what Greg said about there being a directness to Beethoven’s setting — there’s a straight line between the meaning of the text, and the music that he wrote to support that text. He understands the practicality that it needs to project the text in order to live as a work of art.

GR: Speaking of those practicalities, he was insistent that it was to be published along with a German translation and that it could be used not only in Catholic settings, but in Lutheran settings as well.

MT: Greg, you are preparing the chorus for both works. What are their challenges?

GR: The Beethoven has some delightful, technically difficult sections, and as a singer myself, I see that and I get very excited. Often when you sing a choral concert there’s nothing that you have to take to the practice room, but Beethoven gives you some fun moments of coloratura to deal with.

And with the Walker — as in any piece where things are expressed very directly — finding a way to get an ensemble of people to have the same vision of that directness. In my own score study, I’m thinking a lot about how we as a group are going to find the same way of saying these straightforward English phrases that have rhythms that feel like real communication — not just reading out a string of eighth notes. I think finding that natural expression is going to be the biggest challenge with Gwyneth’s piece. Thinking musically, another challenge of the piece is finding the continuity between the movements and the text, which is something to work on in rehearsal.

I should also note that the eight short movements are interspersed with readings — John Mills from WCLV is going to do those, which will be wonderful.

MT: Daniel, orchestrally speaking, what are the challenges in the Mass?

DM: As Greg said, it lives in this revolutionary period of Beethoven when he’s using syncopations, punctuations with the brass and timpani, and jagged rhythms to portray this incredible amount of energy and passion. So part of it is just finding your way and making sure that the orchestra is also in the service of the text. And like any good composer, he’s also sharing lines or doubling lines between the orchestra and the chorus.

MT: I’m curious, when you have one person preparing the chorus and another conducting, how do you keep from getting into fights during rehearsals?

DM: Here, so far so good. But Robert Page used to have a wonderful code that he would share with his singers — after the maestro would leave the room he’d say DWWR — and the chorus knew what that meant: Do What We Rehearsed.

I embrace that sometimes that may happen, but the good news is that Greg and I are very much of like minds. It’s a very fun dialogue because there are things that he brought to the decision-making that I hadn’t even considered and vice-versa. So the idea hopefully is that the synergy between the person who prepares the chorus and the person who conducts the performance actually makes the performance better.

GR: We spur each other on to investigate new possibilities.

END_OF_DOCUMENT_TOKEN_TO_BE_REPLACED

Supported by engagingly, yet simple staging by Cara Consilvio, a well-prepared cast of singers told the archetypal story of Cinderella with charm and flair. Framing the production was  a sparse but colorful set and wonderful lighting by Dave Brooks. END_OF_DOCUMENT_TOKEN_TO_BE_REPLACED