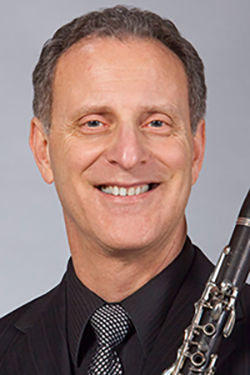 The thematic and formal diversity of the March 3 MasterWorks program by the Canton Symphony Orchestra was a compelling reminder that the sounds emanating from an orchestra constitute a language. Like any spoken language, those sounds can articulate a distinct vernacular — the parlance of a specific time and/or place. Here in Umstattdt Performing Arts Hall, the marvelous expressivity of the CSO was transportive, taking us from America’s Texas plains, then to the mid-20th century jazz era, and finally journeying back to the pinnacle of 18th century European classicism.

The first work on the program was Snakebite, originally written for chamber orchestra by Stephen Montague in 1995 while he was guest professor of composition at the University of Texas at Austin. This complex, adventurous piece of sonic mischief, rarely performed live, is largely built around the traditional Texas fiddle tune “Dusty Miller,” and has a fascinating story. As told to Montague by an old cowboy, when Plains Indians were bitten by a rattlesnake,  they would quickly lie down on the ground, shut their eyes, and will their heartbeats to slow until the poison dispersed — a process lasting sometimes up to 18 hours.

It was clear from the outset that music director Gerhardt Zimmermann heartily embraced the raucous spirit of this work. His enthusiasm was infectious as the orchestra proceeded to take a walk on the wild side. Once the jaunty fiddle melody emerged, variations of it were passed back and forth between various instruments throughout the work. Meanwhile, a substantial part of this musical narrative was left to the strings to enunciate.

Accordingly, they poured out an entertaining, onomatopoeic array of strange squeaks and rattlings, percussive pluckings, cascades of bent and banged notes, all conjuring a picture of the coiled snake-in-waiting and its vicious bite. At one point, the music came to a screeching, brassy halt, followed by an eerily solemn passage. Here, the orchestra slowly gathered itself into a swirling, aleatory cacophony of colors and textures. After this haunting exhalation of venom, as it were, the jaunty fiddle tune was resurrected, building in tempo to a gleeful, boot-stomping finale.

Randy Klein, CSO principal clarinetist, was the featured soloist for the second work on the program, Aaron Copland’s Concerto for Clarinet and Orchestra. Copland composed this two-movement piece (played without pause) in 1950 for Benny Goodman, the “King of Swing.” The instrumental accompaniment for the concerto is unconventional. As Copland explained, “The instrumentation being clarinet with strings, harp, and piano, I did not have a large battery of percussion to achieve jazzy effects, so I used slapping basses and whacking harp sounds to simulate them.”

At the beginning of the work, the harp briefly sets the mood and tempo as the clarinet enters into an ethereal dialogue with languorous violins. The simple melody is a gorgeous, sensual expression, somewhat like a lullaby, evoking a pastoral serenity tinged with melancholy, and it blended seamlessly with lower strings and harp as they sustained a quiet pulse.

Klein’s cadenza — a dramatic and melodic link to the second movement — was quite literally breathtaking, though maybe ‘breath-giving’ would be more apropos in describing his riveting virtuosity. This was a dazzling gem of technical and aural control imbued with soaring, lyrical sensitivity. He brought that same brio to the second movement, injecting its spiky, Brazilian-flavored rhythms with dashes of bright humor, and all ending with a Gershwinesque clarinet glissando (or in jazz-speak, “smear”), sliding easily from the lowest register up to high C.

Of course we clamored for an encore, and Klein obliged with a beautifully piquant rendition of “Nature Boy,” a song first recorded (and made famous) by American jazz singer Nat King Cole in 1948. Throughout Klein’s mesmerizing performance, which at times had all the spontaneous feel of an improvisation, CSO principal cellist Erica Snowden bowed a single, low note. It was a poetic drone, at once doleful and seductive, and counterbalanced by Klein’s deft trills and arpeggios, punctuated with flashes of bluesy swag. The moment resonated with me through the intermission in a haunting way, as if somehow foreshadowing the subjective breadth of the program’s final selection — Mozart’s magnificent Symphony No. 40.

Zimmermann brought every bit of his uncanny interpretive prowess to this iconic work, along with a deep reverence for the soulfulness of Mozart. In turn, there was a brisk, gripping air of urgency in the way the orchestra delivered an altogether poignant and stunning performance.

Mozart’s 40th is a sublimely ordered, emotionally potent, and wholly unforgettable statement in a language born at the apex of his creative genius. More than just a singular European dialect indigenous to the Classical era, however, we have come to rightly revere it as a transcendent music, spoken in the patois of timelessness itself. Fittingly enough then, on this occasion it was an eminently inspired CSO that spoke so eloquently in tongues.

END_OF_DOCUMENT_TOKEN_TO_BE_REPLACED

The strings-only work by Berg has made relatively frequent appearances on the Orchestra’s programs. In 2021, the musicians recorded it for the In Focus series, and it appeared again on last year’s European tour. Friday’s rendition maintained the group’s characteristic light and effortless playing, each section blending as much as possible to echo the work’s original form as a string quartet. At fifteen minutes total, the piece is quite short, but the dense encoded musical meanings require some extra-attentive listening. Splitting up the three movements ensured that each one could be appreciated on its own. END_OF_DOCUMENT_TOKEN_TO_BE_REPLACED