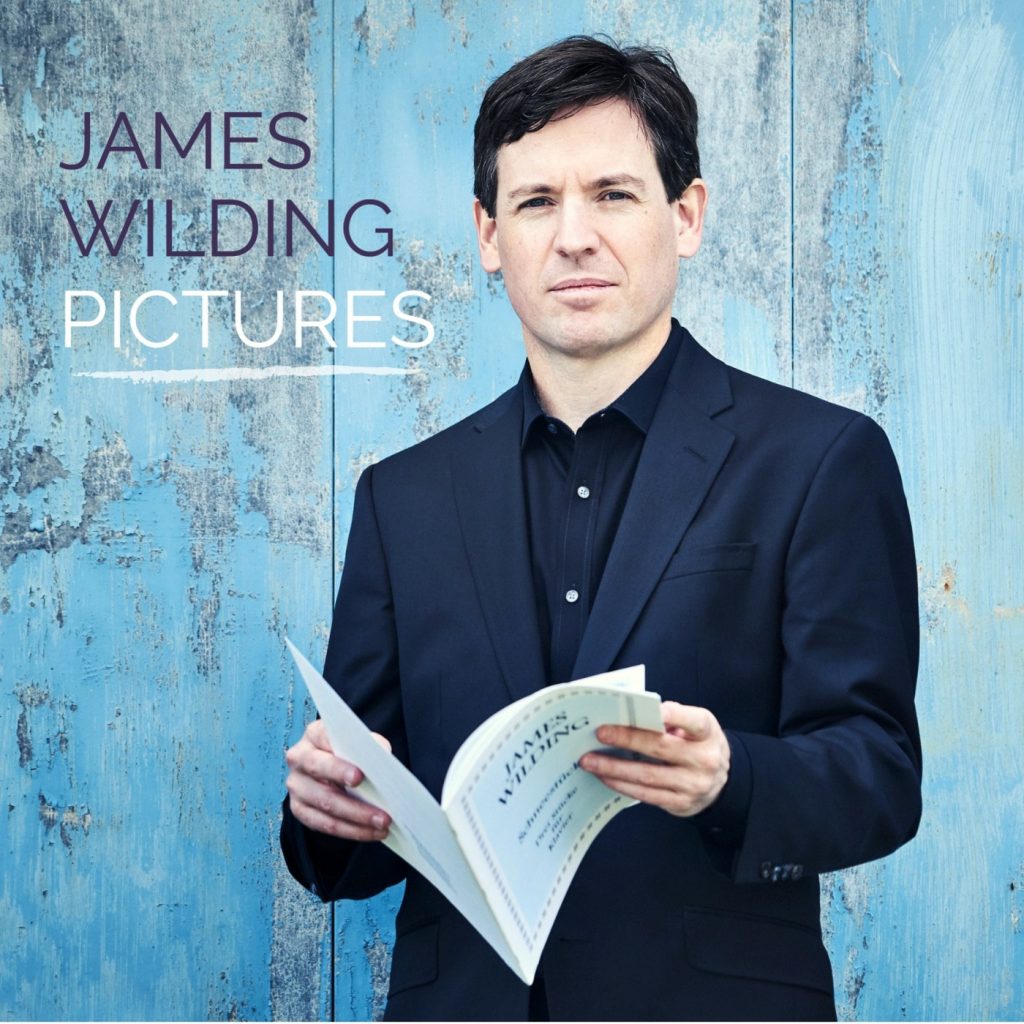 In Pictures, the debut album from composer and pianist James Wilding, every piece was inspired by something outside the world of music, from the concrete (a particular sculpture) to the abstract (a vision of the end of the world).

The playlist includes nine works — “the pictures of my life,” Wilding writes in the liner notes — composed during a 20-year period from the late ‘90s to the present day, many of them excerpts from larger pieces.

The Sonata No. 3, which opens the album, shows some of the different paths Wilding takes after departing from his extra-musical points of origin. In “Drops of Memory,” the first movement, continuous disconnected notes have a soothing and hypnotizing effect not unlike watching the rain. The second movement, “Fire and Ice,” largely alternates between angry bursts in the low register and stark, cool high notes. The fourth, “Apocalypse,” portrays that subject the way you might expect: in its driving rhythms — revealing Wilding’s assured technique — and its harmonies.

The third movement, “The Stopped Clocks,” is harder to trace from inspiration to music, perhaps because its starting point was something more elusive: a poem, W.H. Auden’s Stop All The Clocks. Wilding’s interpretation is desolate and poignant, marked by a slow series of major chords that have been “mangled,” as he writes, through the addition of notes or entirely different chords. The effect is stunning, and the performance is quite sensitive.

Dealing with tragedy in art can be fraught, but Wilding’s Peace on Earth, another highlight of the album, is a fascinating and moving response to 9/11. Two harmonious low notes alternate with a series of celestial, Messiaen-like chords, each of those ideas gradually developing in compelling fashion.

The Last Archangel, with its Romantic influence, presents a contrast to Wilding’s accessible, modern style. The accompaniment sways gently underneath a singing melody as the composer navigates between charismatic expression and more interior feelings.

A couple of works reference the composer’s native South Africa. In Nehanda Remembered, Wilding looks back on a Zimbabwean stone sculpture he saw at an exhibition at Kirstenbosch Botanical Gardens in Cape Town — here he plays with a glistening touch. First Snow depicts that memory of his with manic energy in the high register.

Zooming out, perhaps the biggest draw of listening to Pictures is the unique glimpse it gives into one artist’s process of composition.

Pictures was released on the Filia Mundi label in April of 2019.