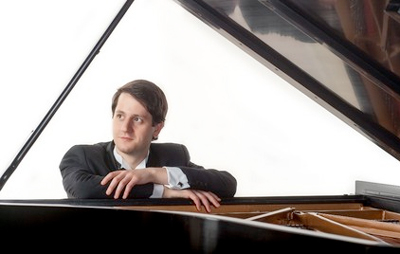 On his way to winning the 2016 Cleveland International Piano Competition, Nikita Mndoyants gave a thrilling performance of Prokofiev’s dissonant Sonata No. 7 in B-flat during his semi-final round. The pianist returned to Cleveland on April 30 to give an impressive recital at the Maltz Performing Arts Center. And again, he proved to have an affinity for the music of the Russian composer.

Mndoyants was in complete control during Prokofiev’s thorny Sonata No. 8 in B-flat. Playing with a full-bodied sound, he made the most of the Sonata’s sudden shifts in character, from short, pointed staccatos to long, lyrical passages. He brought out the sinister side of the brooding, wandering theme of the “Andante dolce,” and his elegant passagework during the faster middle section was particularly impressive.

Prokofiev borrows thematic material from the ballroom scene in Eugene Onegin during the “Andante sognando,” and Mndoyants brought a sense of grandeur to the sometimes burlesque-sounding waltz. The pianist was in his element during the concluding “Vivace.” Setting a fast tempo, he forged ahead, never losing time, and tossing off technical passages as though he were composing the music on the spot.

As he did during the Competition, Mndoyants proved that he is not merely a technician, but also a musician of refined sensitivity. This quality was fully evident during the appealing performance of Schumann’s Piano Quintet in E-flat, for which he was joined by the Omni Quartet.

A work that established a new genre in Romantic chamber music, and one whose piano part Felix Mendelssohn described as “fiendish” when he stepped in to play its premiere for the ailing Clara Schumann, the Quintet’s color palette is symphonic in scale. Mndoyants’s playing was supportive, clean, and vibrant.

The ensemble took a relaxed approach to the opening “Allegro brillante.” Later, cellist Tanya Ell and violist Joanna Zakany seamlessly passed melodic lines to one another. First violinist Amy Lee was appropriately mournful during the opening of the funeral march, perfectly matched by second violinist Alicia Koelz when she took over the theme. After a very fast scherzo, the players sounded triumphant during the double fugue of the heroic finale.

The afternoon began with Beethoven’s final work for the piano, his Six Bagatelles. Mndoyants played each of the short character pieces with purpose. The second had a sense of refinement, while the third was beautifully phrased. After a playful fifth, the sixth was full of color changes.