Tuesday afternoon with Levkovich and Brakhman was a guy’s session featuring two very fine, comparable performances. Tuesday evening was the women’s turn, but what a contrast between the equally excellent pianists Pallavi Mahidhara (USA/India) and Martina Filjak (Croatia). 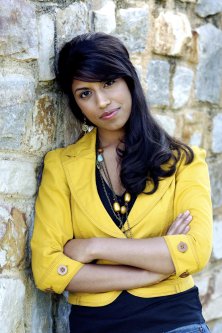 Mahidhara began with an exceedingly well-behaved reading of J.S. Bach’s French Suite in d. Her foot never touched a pedal, articulation was carefully premeditated if not always idiomatic, repeats sported extra ornamentation, and the whole affair from prelude to gigue was virtually note perfect.

She proceeded on to the second performance today of Debussy’s suite ‘Pour le Piano’, drawing elegant lines from the Hamburg Steinway. The first movement would have enjoyed a bit more room to breathe (and a little less pedal in spots). The Sarabande was tasteful and expressive, the Toccata well paced and excellently voiced.

Mahidhara ended with a curiously clinical account of Liszt’s b minor Sonata. She has an uncanny ability to keep simultaneous lines in different registers separate and distinct, to create huge contrasts from fiercely loud to almost inaudibly soft and to vary her touch from gossamer lightness to an intense heaviness. She brought amazing clarity to the final fugue, but in other sections of this rangy work, her articulation was uncharacteristically dry for Liszt. Mahidhara managed to tame the wild beast that is Liszt, but a lot of his over-the-top qualities got lost in the process.

Filjak made three arresting choices for her not-quite-an-hour-long appearance on the Bolton stage. She began with a richly textured and many hued voyage through Ravel’s ‘Une barque sur l’océan’ from ‘Miroirs’, varying her touch to make a variety of liquid sounds including flippant little sprays of mist.

Next came an astonishing performance of Scriabin’s ‘Nocturne for the left hand’. Close your eyes and you’d never know that her right hand was resting on the piano bench. Filjak adroitly moved about the keyboard with extraordinary sensitivity and accuracy, giving a nuanced and colorful account of this hauntingly beautiful piece.

For her finale, Filjak chose Beethoven’s wonderful but nearly intractable ‘Hammerklavier’ Sonata, op. 106, clearly articulating all the mercurial aspects of this strange piece. The first movement wasn’t note perfect (who gets all those notes anyway?), but full of passion and temperament, navigating adroitly between the violent and the lyrical and pointing up Beethoven’s odd accents. She brought out all the multiple phrasings of the motive in the Scherzo and expertly paced the lengthy and complex Adagio, maintaining interest and intensity. She began the finale haltingly as the music dictated, adding pearly runs and then heating it up to a frenzy as it morphed into a number of other ideas including a diabolical waltz and a fantastical fugue. This is Beethoven at his most volatile, and Filjak knew how to bring that out without losing sight of the underlying shape of this lengthy work.

Two different approaches tonight: one Apollonian, the other Dionysian. Each style had its fans in tonight’s large audience. If you were the jury, which would you prefer?

Franz Schmidt’s Symphony No. 4 showcased the ensemble, under guest conductor Jonathan Berman, in the standard conventions of a not-so-standard piece. But at the start of the program, the musicians were equal partners to pianist Cédric Tiberghien, whose playing could be as bold as the full orchestra or as intimate as any instrumental solo. END_OF_DOCUMENT_TOKEN_TO_BE_REPLACED

END_OF_DOCUMENT_TOKEN_TO_BE_REPLACED

Jackson began the program with a recitation of Langston Hughes’ poem “Helen Keller” — the first of five poems by Hughes that served as interludes between each piece on the first half. END_OF_DOCUMENT_TOKEN_TO_BE_REPLACED

Pianos with pins and tape on strings, a bass drum and tam tam, crotales, Almglocken, and vibes. Microphones were hooked up all around the instruments. The feed was sent to speakers around the room. Lighting designer Nicholas Houfek hung incandescent globes over the arrangement of instruments from thin black wires stretching across the beams. END_OF_DOCUMENT_TOKEN_TO_BE_REPLACED

From the podium, Elim Chan set an ambitious tone for the evening. The rising star conductor, here in her Cleveland Orchestra debut, has a commanding style, and every twist and turn in Saturday’s performance tracked closely with her baton. END_OF_DOCUMENT_TOKEN_TO_BE_REPLACED