Saturday’s concert will begin with solo works: Jha Che Valle, Las Abejas, the Waltz No. 4 of Op. 8, and the three-movement La Catedral. Then Rojas will move on to remote collaborations with musicians far and wide. In the first of those, D’Rivera (on clarinet) will join Rojas in Mauricio “Pinchi” Cardozo Ocampo’s arrangement of Maxixe. In another arrangement by Ocampo, bandoneon player Milagros Caliva will team with Rojas during the Prelude in c. And appearing as a guest speaker will be Marcelo Enrique Barrios, the great grandson of Agustín Barrios.

At the very end comes the most ambitious collaboration: Rodrigo Lara Alonso’s arrangement of Danza Paraguaya, in which Rojas will be joined by over twenty student guitarists — some from the Guitar Society’s Education Program, others from the Conservatorio Municipal “Agustin Pio Barrios” in San Juan Bautista, Paraguay, the hometown of Barrios.

Speaking of the composer’s own origins, he’s now so popular in Paraguay that he appears on their currency, on the 50,000-guaraní note. And as Guitar Society executive director Erik Mann shared by email, if you hold that up to a blacklight, you can even see the sheet music of the Danza Paraguaya.

RSVP to the performance to receive an email containing the list of pieces, program notes, a link to the post-concert reception with Rojas over Zoom, and another link to view the concert anytime before October 15.

Back in March, a lifetime ago, we spoke to Berta Rojas by telephone to talk about her career, her deep connection to her home country, and the music of Agustín Barrios Mangoré. The following is reprinted from that preview.

Rojas’ first encounter with the works of that composer came when she was a young guitarist. “I heard the music of Barrios and I fell in love with it,” she said during a recent telephone conversation.

A few years later, Rojas heard guitarist John Williams’ first recording of Barrios’ music. “It was an LP that one of my friends had bought in Europe and brought to Paraguay. And it was something precious just to have an LP of classical guitar, because those were things we didn’t have in Paraguay in those days — or at least they weren’t available to me. So the combination of listening to that beautiful music, played so beautifully by the great Williams, and having an LP in front of me was really incredible.”

Speaking of John Williams, I asked Rojas about her 2018 recital with him at the Sam Wanamaker Playhouse, next to the Globe Theater. “He’s an amazing musician, as we all know, and also a wonderful human being,” Rojas said. “He was very generous to invite me to London, and I had the privilege and honor to perform the music of Barrios — and also to play other rep with him, which was very special.” 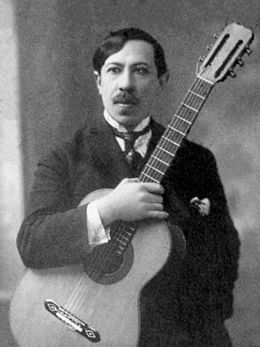 I pointed out that Barrios was also a poet, a fun if coincidental connection with Shakespeare’s Globe. “You know, Agustín Barrios was interested in so many different things,” Rojas said. “And he used to say that you have to play in the fountain of culture to be a good musician. What an interesting personality he was.”

In a review of that Globe recital, Mark Small of Classical Guitar Magazine noted something that Rojas told the audience: Barrios once performed in London as his alter ego Nitsuga Mangoré, dressed in native costume. (The composer was partly of Guaraní origin, and Nitsuga is Agustin spelled backwards.) “He did that over a period of his life, and it was a marketing strategy, I assume, to try to bring the attention of audiences to his concerts,” Rojas said.

Barrios famously did not teach until the last years of his life. “I don’t think it’s that he was selective,” Rojas said. “I think it was the only opportunity he had, when he was offered a teaching position at the conservatory in El Salvador, which was also the only stable job that he had during his lifetime.”

His students became known as the Twelve Mangoreans. “They embraced his music with so much passion and carried the torch in a way,” Rojas said, adding that it was a student of one of those twelve who eventually brought the music of Barrios to John Williams in London — eventually leading to that Williams LP coming into the hands of Rojas.

On the faculty of the Berklee College of Music, Berta Rojas is not only a three-time Latin Grammy nominee, but also the recipient of numerous honors from her home country in recognition of her contributions to Paraguayan culture.

“I feel very privileged to have received those awards,” Rojas said. “But you know what’s most important for me? The fact that I have played all throughout my country, and that I have played for young people in so many schools in Paraguay.” During her tour of schools from 2009-2018, Rojas said she performed for 50,000 kids.

“For me, that is the most important award: to have had the opportunity to witness firsthand the reality of Paraguayan society, to be able to speak with the kids, and to be able to listen to them. We had a question-and-answer session at the end of every meeting.”

One question Rojas remembers: if she had the opportunity to meet Agustín Barrios, what would she ask him?

“There’s one note in Julia Florida that’s always bothered me,” she said, laughing. “It’s in the original manuscript, and it sounds horrible if you play it as it is. And so my question for Agustín Barrios would be, what were you thinking?”

END_OF_DOCUMENT_TOKEN_TO_BE_REPLACED

The strings-only work by Berg has made relatively frequent appearances on the Orchestra’s programs. In 2021, the musicians recorded it for the In Focus series, and it appeared again on last year’s European tour. Friday’s rendition maintained the group’s characteristic light and effortless playing, each section blending as much as possible to echo the work’s original form as a string quartet. At fifteen minutes total, the piece is quite short, but the dense encoded musical meanings require some extra-attentive listening. Splitting up the three movements ensured that each one could be appreciated on its own. END_OF_DOCUMENT_TOKEN_TO_BE_REPLACED