“Because of a historically low census response rate, Clark-Fulton has been labeled ‘hard to count,’” Cleveland Foundation program manager Courtenay Barton wrote in the CAN (Collective Arts Network) Journal, “but the stories of the community still matter.” 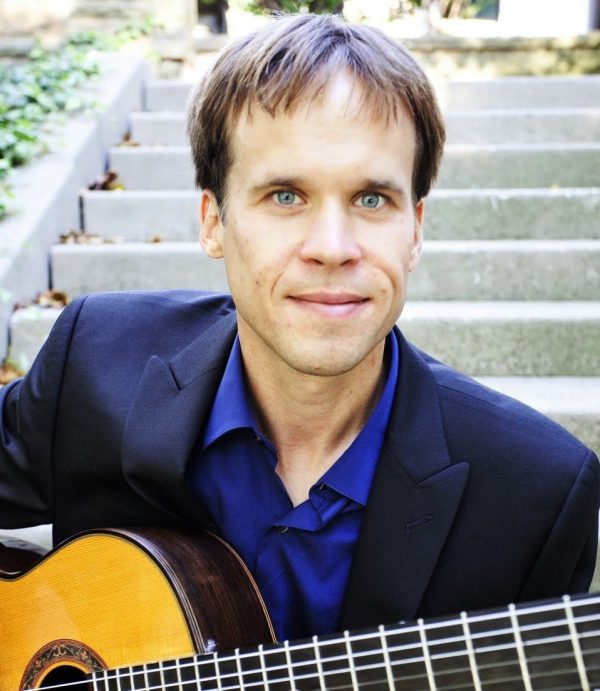 The partnership between the Cleveland Classical Guitar Society (CCGS) and the Mexican Committee of Cleveland came about in part through Rodrigo Lara Alonso, who in addition to teaching for CCGS is also its Latinx Community Liaison. “One of the people Rodrigo got to know very well is [El Comité executive director] Eduardo Rodriguez,” CCGS executive director Erik Mann (right) said in a recent interview.

Originally, there were to be two artists-in-residence: Mexican guitarist, composer, and singer Anastasia Sonaranda, and Puerto Rican guitarist and composer Hermelindo Ruiz. The plan was for them to come to Cleveland for two months each, “really working with the residents and creating a lot of art here,” Mann said. “We applied, we got the grant, and then the pandemic hit.”

In addition to the yearlong delay and the Guitar Society’s shift to the virtual arena, the project expanded in scope. Due to the pandemic itself, as well as the social unrest around racial injustice, particularly in the spring and summer of 2020, the Cleveland Foundation provided the option for recipients of the grant to bring new elements to the table in order to speak to the current moment. 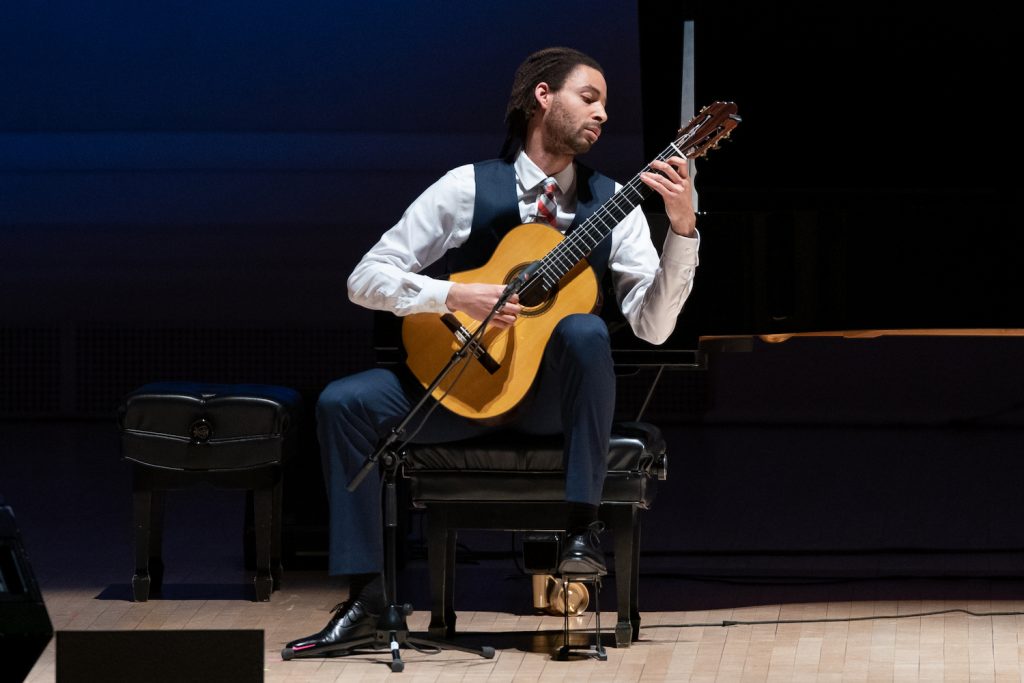 That’s where the Guitar Society’s third artist-in-residence, Thomas Flippin, came in. “He’s an incredible voice,” Mann said. “He’s been creating works around social justice for classical guitar more than any other composer, and he has a really particular and singular voice in the classical guitar community.”

One example is the upcoming video recording of Flippin’s The Covenant: Passacaglia for Minneapolis, a quintet for four guitars and one electric guitar. The work reflects on the story of the Black family of Arthur and Edith Lee and their young daughter Mary. After purchasing a home in South Minneapolis in 1931, they were asked by the neighborhood association to sell it due to “Restrictive Racial Covenant” contracts. When the family declined, a threatening mob of thousands gathered day after day outside their home.

A veteran of WWI, Arthur Lee had this to say to the Minneapolis Tribune: “Nobody asked me to move out when I was in France fighting in mud and water for this country. I came out here to make this house my home. I have a right to establish a home.” 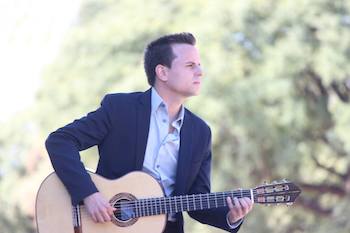 Both Ruiz and Sonaranda confront cultural issues through their residencies. The Puerto Rican musical styles explored by Ruiz include the voice of a composer he champions, Juan Felix Acosta De Arce, “really an incredible composer who deserves more renown,” Mann said.

Through his upcoming video Music for Interaction, Ruiz also turns his attention to the complex feeling of being part of, yet separate from, mainstream American culture. He wrote the piece for CCGS Education Program students, whose role extends beyond just performing and improvising with him. “It also includes the voices of the students and their parents, sharing what they love and miss about Puerto Rico having moved here to Cleveland,” Mann said. 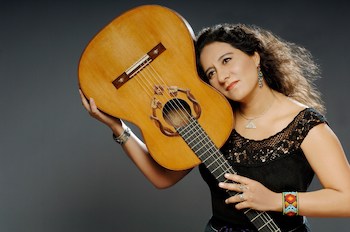 Sonaranda’s videos aim to challenge people’s notions of Mexican culture. “As we were working with Anastasia, we realized that many of us in the United States don’t have an understanding of the diversity of Mexican culture and musical styles,” Mann said. “So together with her, we settled on four pieces that represent different regions and styles. She even wanted the approach to the pieces — including the instrumentation — to be absolutely different, which is really exciting.”

Her four videos not only represent the distinct styles of “son jalisciense,” “son huasteco,” “son istmeño,” and “son jarocho,” but also make use of other art forms — choreography and poetry — and range in scale from a duo to a group of over 100 artists, both children and adults, from Cleveland and Mexico.

Asked about the number of guest artists who appear throughout the whole series, Mann laughed and said, “I think we got a little carried away.” For CCGS, editing all the clips involved in Sonaranda’s most ambitious video, La Llorona, “probably took hundreds of hours,” he said. “It was an intense effort for sure.”

Inviting guest artists was one tool in helping the artists-in-residence achieve what they envisioned with their videos. But from a broader perspective, it was key to fostering the international-local collaboration that Creative Fusion is known for. All four of Sonaranda’s videos bring together artists from Mexico and Cleveland. And three videos in the series — two from Ruiz, one from Flippin — were recorded at Severance Hall, and involve members of The Cleveland Orchestra. 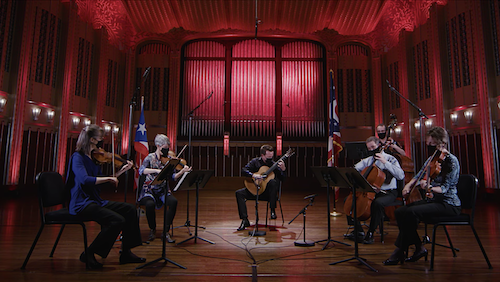 It wasn’t the very first dance between the Orchestra and the Guitar Society, “but this was the first big collaboration,” Mann said. “The Orchestra edited and produced those videos, and we were actually able to fly performers into Cleveland, so that was a great experience.”

It makes you reflect a little differently on the Creative Fusion program, initiating new connections not only with artists abroad, but within Cleveland itself.