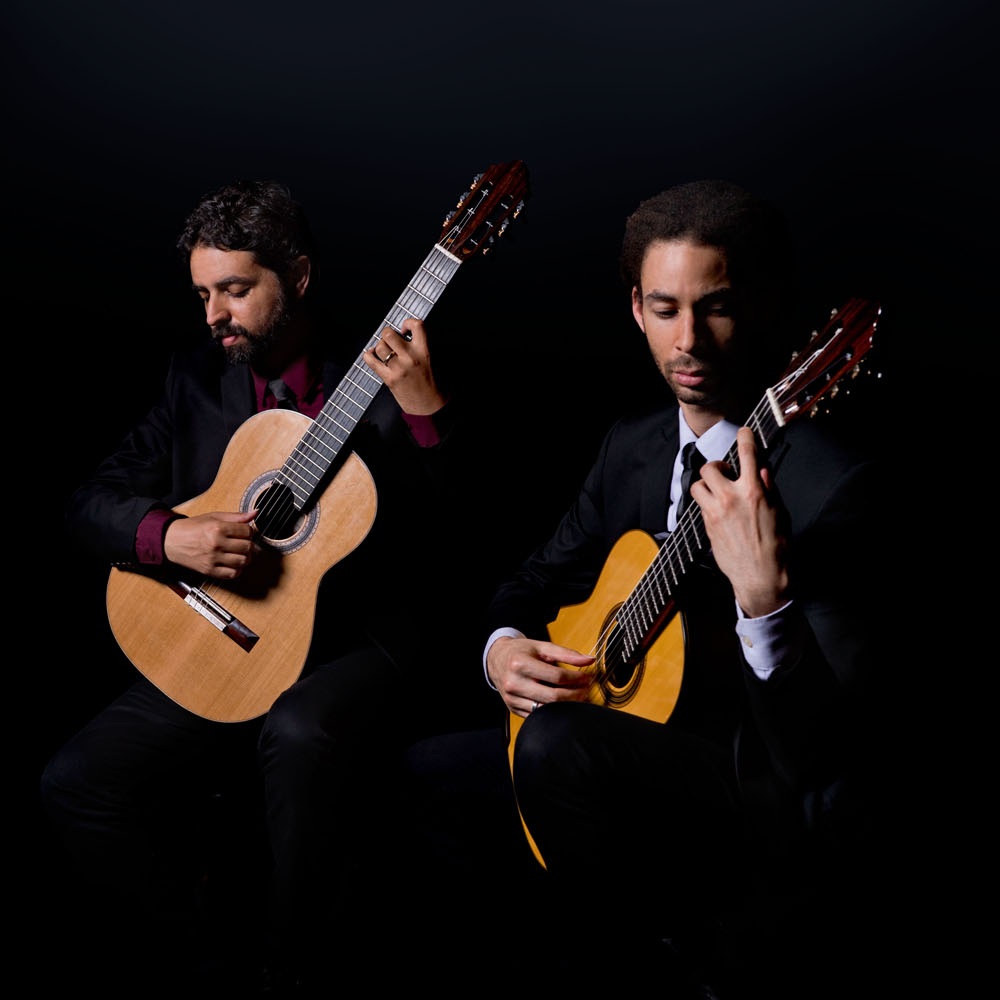 Although they wouldn’t meet for some time, Thomas Flippin and Christopher Mallett long shared a musical trajectory.

They both grew up in Southern California and were steeped in their local punk rock scenes, playing in bands during high school. They both found their way to the classical guitar in their late teens. They both did their undergraduate studies in the Midwest — Flippin at the University of Chicago and Mallett at Oberlin Conservatory — and they both went on to study at Yale University, becoming the first two African American guitarists to be admitted into the program. Yale was also where they formed Duo Noire, taking the name of the French term for both “black” and “quarter note.”

On Saturday, March 5 at 7:30 pm at Plymouth Church, the Cleveland Classical Guitar Society will present Duo Noire in a program that explores the many ways music expresses the essence of place. Tickets are available online. END_OF_DOCUMENT_TOKEN_TO_BE_REPLACED

END_OF_DOCUMENT_TOKEN_TO_BE_REPLACED

The strings-only work by Berg has made relatively frequent appearances on the Orchestra’s programs. In 2021, the musicians recorded it for the In Focus series, and it appeared again on last year’s European tour. Friday’s rendition maintained the group’s characteristic light and effortless playing, each section blending as much as possible to echo the work’s original form as a string quartet. At fifteen minutes total, the piece is quite short, but the dense encoded musical meanings require some extra-attentive listening. Splitting up the three movements ensured that each one could be appreciated on its own. END_OF_DOCUMENT_TOKEN_TO_BE_REPLACED