Lorca’s tragic drama is centered on the Alba family. After the death of their mining-mogul father, the five daughters have been called home by their mother to begin an eight-year mourning period, during which time the daughters are prohibited from engaging in any relationship, causing tensions to rise.

“It’s a very human and compelling story,” Candey said. “I know that’s a phrase that is overused, but for me, there are a lot of specific things that I see in my family and other families.”

The composer was also struck by Lorca’s use of “musical elements” in the play. “It starts with the chiming of church bells, and at different points there are priest chants. In Act II there is a scene where they are listening to a chorus of men who have come in to pick the vineyards — they sing a lusty grape picker song. In every scene there is something that has a sonic or musical element, so it just sort of grabbed me by the lapels.” 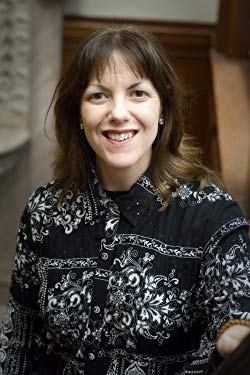 Candey first connected with Caridad Svich after reading one of the award-winning playwright’s English translations of The House of Bernarda Alba. “After reading the copy that my wife Susan had, I dug up more translations, and Caridad’s was more forthright — it wasn’t afraid to reveal the harsher side of the characters. There are certain points where the translated word is bitch, and she wasn’t afraid to toss it in, where some of the translations danced around that. I didn’t want the entire libretto to sound harsh, but there are moments that are pretty brutal and I didn’t want to tone those down.”

When Candey approached Svich about his idea to turn the play into an opera, she was enthusiastic, as was Scott Skiba, Cleveland Opera Theater’s Executive Artistic Director, who thought the project would be a perfect fit for his company’s newly created {NOW} Festival.

During the Festival’s inaugural year there was a public reading of Lorca’s play, and the second year centered around a reading of Svich’s libretto. “This year is the first time with the music, which I am excited about,” Candey said. “I appreciated the previous years because you rarely have this much time to sit with the material, throw it at people, and see what sticks.” The 2020 Festival will include the opera’s premiere.

Candey pointed out that having four years to develop the opera is “really luxurious,” unless you’re working with one of the “big A” opera houses. “One thing that Cleveland Opera Theater is doing very well is their focus on the libretto. I don’t want to throw shade across the board, but one of the issues with new opera is not that the music is bad, but that the librettos have a lot of clunky moments where things don’t flow or gel in the story. It’s nice having the extra time to read the source materials and ask people what characters they connect with. During most workshops the opera is already fairly complete, and a lot of that workshopping is for the music, and very little for the story.”

At this point Candey’s opera has a running time of about 90 minutes, which he finds to be “the magic number” for a theatrical show. His orchestration is going to be similar to a work like The Turn of the Screw. “The nice thing about Britten chamber orchestrations is that they are fairly flexible, and if you want to perform them in a larger space you could easily expand the orchestra.”

One thing that cannot go unnoticed about Lorca’s plot is exactly how much it resonates with today’s social issues of gender equality, misogyny, and female sexuality — among others. Still, when he began the project Candey could not have predicted how prevalent these topics would be today. 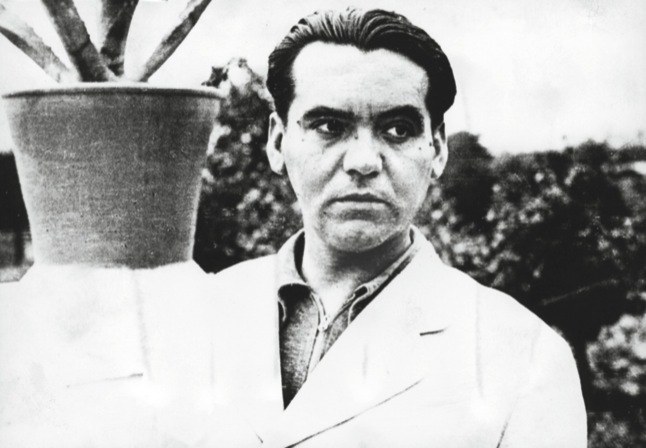 “I do think about how the cast and the show have become a lot more interconnected in today’s socio-political climate. Especially because this play was Lorca’s last before he was executed by a fascist government, and it’s sort of a larger metaphor for how people react under an oppressive government. So it does feel connected to how things are going these days.”

In light of this, Candey said that he wished the outcome of the play was different. “It ends rather tragically and I wish that we could offer more glimmers of hope. But part of the reason the play is the way that it is, and the opera will be the way that it is, is to convey the purity of that rather than to paint it over and say that everything will work out. It’s a cautionary tale rather than a soothing pat on the back.”

The opera has an all-female cast and the libretto is bilingual, both of which were planned from the beginning. “Not to make this sound mechanical, but one of the things that a lot of composers are thinking about is the repeatability of a show — in sheer numbers there are many sopranos and mezzos at colleges and universities who can perform things like this.”

Candey looks forward to receiving community feedback about the opera this week. “Having people there who are coming at it with fresh eyes is the reason we do workshops. Having more folks there is always a plus in my book. One thing that tends to scare people away from opera, new and old, is when it’s not in English. This libretto, depending on the moment, is in English or Spanish, but the parts that are in Spanish will be supertitled — the parts in English might be as well. So there’s plenty of accessibility for everyone.”

The music isn’t easy to play, either. Over the course of two hours, all of the musicians brought fantastic focus to the unrelenting tricky rhythms and countless layers of parts, all of which require a high level of individual responsibility. Even in the moments of calm, the accompaniment remains perpetually unsettled. Adams — who made a sprightly presence on the podium — combines minimalist, repeating motives in gradual layers, which eventually become so dense they overwhelm the senses. Lisa Wong deserves special mention for her thorough preparation of the Cleveland Orchestra Chorus, as does Jennifer Rozsa for the Children’s Chorus, which made a brief but memorable appearance in the last few minutes. END_OF_DOCUMENT_TOKEN_TO_BE_REPLACED

Warner was a fitting choice not just symbolically, but also sonically. The combination of Baroque strings, theorbo, harpsichord, and organ created a nice blend and balance, allowing the opportunity for softer instruments to stand out. In Johann Rosenmüller’s Sonata à 5 in g, Doug Balliett’s violone pizzicatos resonated beautifully, and in Johann Heinrich Schmelzer’s Sonata in d, harpsichordist Elliot Figg became an equal player in the texture with his clever improvisations. The slight exception was Joshua Stauffer on theorbo — despite the instrument’s big physical presence on stage, he received little time in the spotlight. END_OF_DOCUMENT_TOKEN_TO_BE_REPLACED