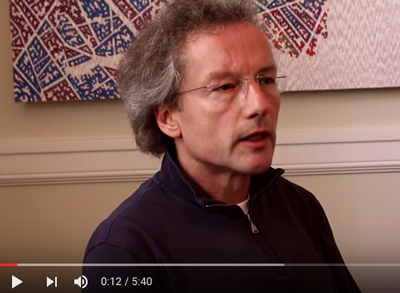 In a promotional video Cleveland Orchestra Music Director Franz Welser-Möst says that Slavic music has a specific language which is often on the dark side, while pointing out that there’s always an element of folk music in it as well. (Click on the screenshot to view the video.)

On Thursday, May 19 at 7:30 pm at Severance Hall, Franz Welser-Möst will lead The Cleveland Orchestra in the first of four concerts of a program featuring Antonín Dvořák’s The Wood Dove and Leoš Janáček’s Suite “From the House of the Dead.” The performances will also include Beethoven’s Piano Concerto No. 5 (“Emperor”) with Rudolf Buchbinder as soloist. Check our Concert Listings page for additional days and times.

From the House of the Dead is Janáček’s last opera, with a libretto translated and adapted by the composer from the novel by Dostoyevsky. Welser-Möst says in the video that the opera, set in a Siberian prison camp, is “darker than almost any other opera,” although he points out that in the end, it celebrates the human spirit.

Later in the video Welser-Möst describes Antonín Dvořák’s The Wood Dove as a “really creepy story about a widow who is mourning — but not really, because she poisoned her husband.” Welser-Möst notes that, like all Slavic stories, there is a price to be paid in the end.

The Wood Dove is the composer’s fourth orchestral poem and was premiered on March 20, 1898 under the direction of Leoš Janáček. The story is based on a poem from Kytice, a collection of ballads by Karel Jaromír Erben. The woman poisons her husband and marries another man shortly afterwards. A wild dove then sits on her husband’s grave, singing a melancholy song day after day, driving the woman to drown herself in a river. 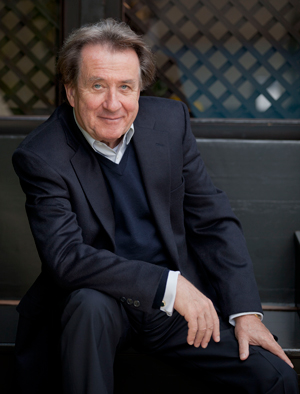 Rudolf Buchbinder last appeared with The Cleveland Orchestra in March of 2014. Prior to those performances I spoke to the pianist by telephone and we talked about many things, including his hobby of collecting Beethoven scores and his love of jazz and movies.

Rudolf Buchbinder: I have 38 different scores of the complete piano sonatas. Over 90% are first editions. I bought some of them in the United States. There’s a very good music and antique shop in New York, and the last thing I bought there was a first edition of Op. 101, which is very rare. It is fascinating and I read it like a book — [he laughs] — like a crime book. It’s fantastic because it is my hobby and my life.

MT: When did you first start collecting them?

RB: Twenty-five years ago, I suppose. But when you start it’s like a little snowball and it keeps getting bigger and bigger as it goes down the mountain.

MT: Yes, and then you have to buy a bigger house.

RB: Oh, it doesn’t matter if you buy a bigger house because in a short time it will be too small again.

MT: I understand that you don’t listen to recordings of yourself?

RB: No, not to my own. I listen to Oscar Peterson, Frank Sinatra, and George Shearing.

RB: Yes! I knew Oscar Peterson and we wanted to do a tour together in South America. But if we had played together onstage I would have lost completely. He played classical music very well, but I am far away from playing jazz the way he did. And the recording with George Shearing and Nat King Cole is fantastic and one of my favorites.

RB: Yes and I’m collecting two different kinds of movies. The first are movies by the important actors, actresses, and directors, including Abbott and Costello, Fellini, and Charlie Chaplin, who is one of the greatest genius in the last century for me.

Published on ClevelandClassical.com May 16, 2016.