For Vinay Parameswaran, leading The Cleveland Orchestra at Blossom on Saturday, August 17 at 8:00 pm will be only one important event in what has to be called a good couple of months. He’s also conducted in Europe, driven about 5,000 miles back and forth across the U.S., and gotten hitched.

We spoke last week over the phone, and first he filled me in on all the details of June, July, and the first bit of August. Then we talked about this Saturday’s program, which includes Ives’ “Decoration Day” from the Holidays Symphony, Bernstein’s Jeremiah: Symphony No. 1 with mezzo-soprano Jennifer Johnson Cano, and Rachmaninoff’s Symphonic Dances.

Jarrett Hoffman: I hear from the communications folks at The Cleveland Orchestra that you’re out on the West Coast.

Vinay Parameswaran: I am, yes. Actually, I got married.

VP: Thank you! My wife is a veterinary student at UC Davis, and we were on our honeymoon until yesterday in the Eastern Sierras. Her family has a cabin up in Mammoth Lakes, so we were there for a week with our dogs. Now we’re back in Davis, and I’m coming to Cleveland on Monday.

VP: It was very nice to be up in the mountains — lots of hiking, which is great.

JH: So you’ve been traveling a lot — you also had the Cleveland Orchestra Youth Orchestra’s European tour.

VP: Let’s see, the COYO tour was June 10-20. I flew direct from Budapest to San Francisco, and our wedding was July 5, so we had a couple weeks to wrap up last-minute things. Then we actually drove from California to Cleveland with two dogs and a lot of stuff in the car. I was in Cleveland pretty much all of July — I was there for Franz’s concert, and I did Kent Blossom as well. Then we drove back to California (laughs).

VP: It was a little insane, but it was actually really nice. We had great Airbnb’s and got to see some parts of the country we hadn’t seen before. On the way to Cleveland, it was just straight on I-80 — it wasn’t the scenic route, it was just trying to get there in time. On the way back, we stopped in Kansas City, then went to Denver. We stayed next to a state park, and we could walk to all these breweries — it was just great. Then we had a place right outside of Zion in southern Utah. That was our favorite spot. And Mammoth is a special place, so we wanted to get there as quickly as possible.

JH: I want to jump back to the COYO tour. One of the pieces the Orchestra brought along was Bartók’s Dance Suite, which was written for the 50th anniversary of the founding of Budapest. What was it like to play that piece there?

VP: I think the concert was on our second day in Budapest — we had gone on a cruise of the Danube the night before, and we had done this whole tour. Just walking around and hearing the sounds of the city — hearing little bands here and there — I think that really changed the students’ understanding of the piece. And that was our best performance of it, so it was a really special way to end the tour.

JH: What else stood out along the way?

VP: I think the main highlights were Linz and Vienna. To play at St. Florian, tour the cathedral, go see Mr. Bruckner (laughs), see his organ, and of course for the students to play with Franz — I mean, I can’t think of a more exciting way to start a tour.

Then of course playing at the Musikverein in Vienna — for a lot of the group, it’s a once in a lifetime experience to be on that stage. Brahms 2 was our main piece, and it had its premiere there, so I think the students really felt the history. That was a real highlight for us just because of the wonderment of that hall. I feel like it’s impossible to make a bad sound — everything comes out so beautiful in there. We had a great audience for that concert. It was quite full, so it was really exciting for the students.

JH: Let’s get to this Saturday’s program in Cleveland — which piece would you like to start with?

VP: Why don’t we start on the second half with the Rachmaninoff, which I’ve actually been dying to conduct for years, so I’m really grateful. I’ve always preferred the later Rachmaninoff works — Third Symphony, Symphonic Dances. I think I like the leaner style.

JH: And the Symphonic Dances was actually his last piece.

VP: Yes. He also thought it was his best work, and I agree — I think it’s his best piece for orchestra. The title is deceptive. You think, ‘Oh, we’re going to hear some dances,’ but it’s really much deeper than that. I think for him it was a really life-affirming piece. It’s very autobiographical with quotes that he mixes in from his earlier works. I’m paraphrasing, but he said something like, ‘It was my last gasp of creativity.’ I wonder if he knew it would be his last work even though he died shortly after. But I think for him as a composer, it was really an amazing way to wrap up his output.

JH: He was originally interested in making it a ballet. Can you hear that in the piece?

VP: Oh, absolutely. The first movement has that beautiful middle section, but I think the essence of it is very macabre, and it’s similar to Rite of Spring in terms of the vitality of its rhythm. Even in the quote-unquote slow movement — I don’t know if I’d call it that — you have that waltz rhythm the whole time. And of course the third movement is something that could easily be danced to. I really wonder if that was his primary idea at first. 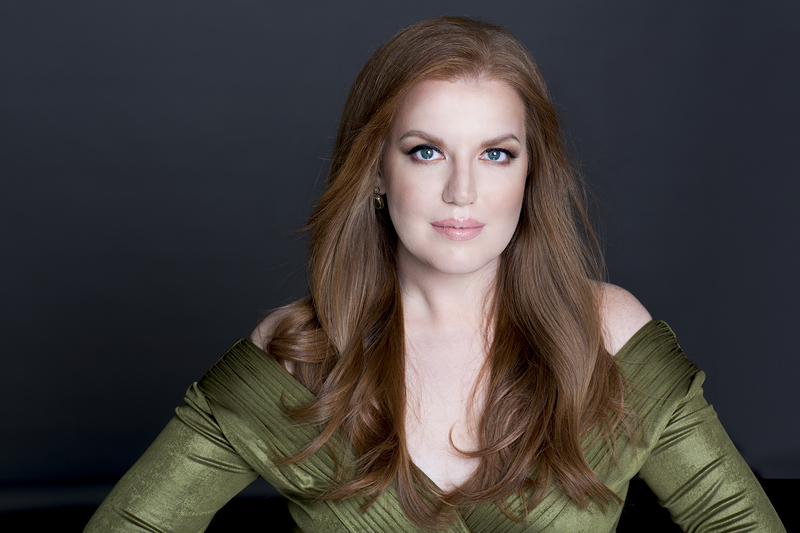 JH: The Bernstein will feature Jennifer Johnson Cano. You must’ve worked with her when you led staging rehearsals of The Cunning Little Vixen back in 2017.

VP: Yes, I did — actually that was my first week in my job with The Cleveland Orchestra. What a way to start, you know? And then of course the Orchestra took it to Vienna and around Europe, so I was there for all of that.

JH: Bernstein sent the score of this symphony to his Curtis conducting teacher, Fritz Reiner. He responded enthusiastically but also suggested that Bernstein add an optimistic fourth movement, which of course he didn’t. What do you think about that advice?

VP: No no no, I’m really glad he didn’t (laughs). I think it’s much more powerful how it ends in its sparse way with the “Lamentation” movement. The message of the first two movements also comes through a lot more clearly this way, rather than having something just to give it some more zip at the end. I don’t want to say cheapen, but it would feel a little bit like a cop out — you wouldn’t feel any linkage to what came before. The way it is now, you really get the arc of the biblical story.

JH: Let’s get to the Ives movement. It’s a weird piece, but it’s really interesting. It has these layers of sounds that are related to his memories of Memorial Day celebrations.

VP: There’s not only the memory of his childhood and of course the soldiers, but it’s also very much about his father, who played in the band and would play taps at the parade. Of course with Ives, there are all these extra sounds coming from all parts of the stage and out in the hall, but I think at its essence, it’s a really thought-provoking and poignant piece. It goes well with the Bernstein.

This is a little bit of a tangent, but there are two bars in the Ives that I’ve been thinking about a lot in light of what happened over the weekend. [Editor’s note: we spoke a few days after the shootings in Dayton, Ohio and El Paso, Texas.] One is the second-to-last bar of the piece, and the other is somewhere toward the beginning, after the English horn plays its first few notes. I think they’re asking the question, “What’s the meaning of life?” The memorial of the soldiers and war was on Ives’ mind — I think he really went deep when he was writing this piece.