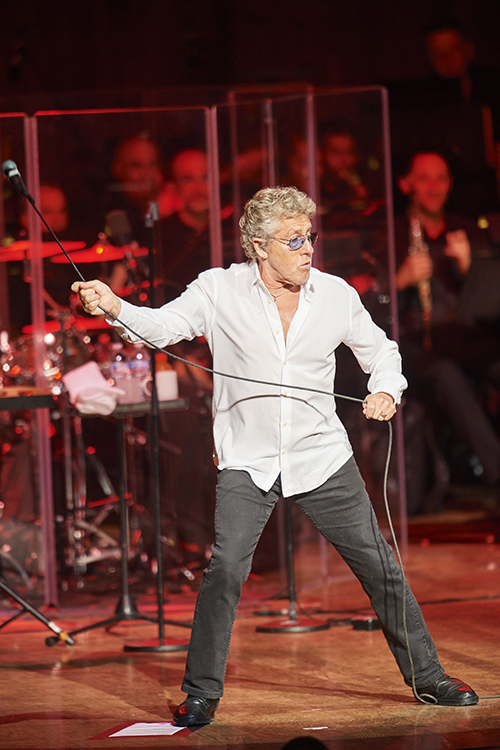 On Sunday evening, July 8, Roger Daltrey, legendary lead singer of The Who, joined members of the current incarnation of the band and the Cleveland Orchestra in a concert performance of Tommy in front of a sold-out Blossom Music Festival audience. This was the last show on an 11-city, 13–performance tour.

Tommy was largely the inspiration of one of The Who’s founding members, Pete Townshend, but was collaboratively created in the recording studio in 1968 and early 1969, and released in the US in May 1969 to international critical acclaim as the first significant “rock opera.” In fact, the first version of the work is more accurately described as a song cycle or cantata, with members of The Who singing the various characters and Daltrey primarily taking on the role of Tommy. 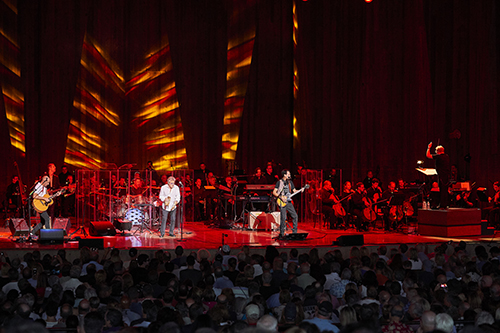 Tommy’s fifty-year performance history is as complex as any Baroque opera. Just as Handel made adjustments to his operas based on the singers available for a particular performance, Tommy has been performed many times with tweaks along the way. In a star-studded 1975 movie directed by Ken Russell, the playing order of some of the songs was changed, and new songs were specifically composed for a Broadway musical version. There’s even been a bluegrass version.

And as with any good repertory opera, The Who have returned regularly to Tommy over the years. Townshend and Daltrey are the two remaining founding members, but the current members of the band put their own stamp on this classic. Simon Townshend, Pete’s younger brother, took on some of Pete’s vocals as well as guitar. Frank Simes, The Who’s current musical director, played guitar and helped with vocals. Other performers included Jon Button, bass and Loren Gold, keyboards. Drummer Scott Devours has been a semi-regular sub with the group since 1996. 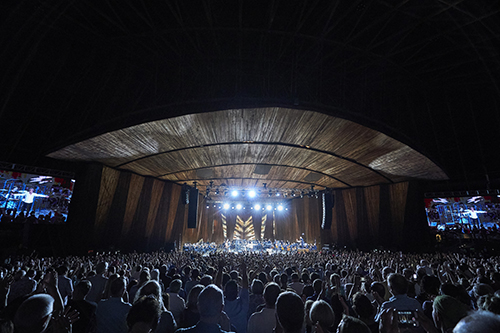 The story of Tommy is complicated and fantastical. The title character is a young boy who witnesses his mother and her lover kill the boy’s father, who has unexpectedly returned years after being reported lost in World War I. The trauma of the murder causes Tommy to become psychosomatically deaf, dumb, and blind. His mother seeks various “treatments,” but also neglects him. The opera includes scenes of child molestation, bullying, drugs, prostitution, and medical quackery, among other lurid subjects.

Although Tommy is seriously disabled, he is able to feel the vibrations of a pinball machine and becomes a “pinball wizard.” He is miraculously cured of his disability and starts a new religion. His followers eventually turn against him, resulting in Tommy’s apotheosis. An overture introduces musical themes of the opera, and an instrumental interlude (“Underture”) represents Tommy’s LSD hallucinations.

At 74, Roger Daltrey still has the vocal chops to sing the long role (90 minutes, more or less continuously). A few of the songs may have been lowered slightly in pitch, but Daltrey’s high tenor is immediately recognizable. He has also retained his trademark stage moves, including the best microphone twirl in the business. Townshend’s guitar playing was brilliant, as was his evocative channelling of his brother’s vocals. Devours was remarkable in his replication of Keith Moon’s complicated album originals. 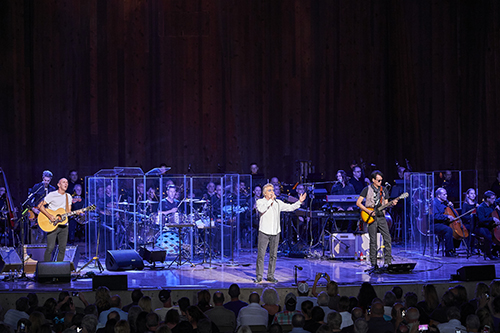 This show was marketed as “Roger Daltrey sings Tommy with The Cleveland Orchestra,” which was technically correct, but with a large caveat. A sizable contingent of the orchestra was divided into three groups: high strings at left, winds and brass upstage center, and low strings right, playing new arrangements made for this tour by David Campbell and conducted by Keith Levenson.

The members of TCO could be seen playing their hearts out, but the sound design was completely in favor of the rock band. The Orchestra became a gold-plated back-up ensemble, largely inaudible except at a few climactic moments when the winds and brass blazed through. This was definitely Daltrey and The Who’s show. But, with apologies to The Cleveland Orchestra, no disappointments here. The performances by Roger Daltrey and The Who band were exciting, and how many singers can return to the music of their youth fifty years later and perform it convincingly? Roger Daltrey did — memorably so. 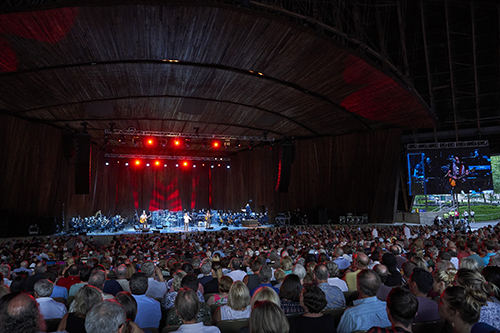 After the conclusion of Tommy, Daltrey and The Who band performed two classics: “Who Are You” and a brilliant “Baba O’Riley,” with its complex synthesized patterns and visionary lyric of a “teenage wasteland” that is as relevant today as it was in 1971. Electric violinist Katie Jacoby added a sensational twist at the end. The show closed with a track from Daltrey’s new solo album As Long As I Have You, a beautiful, wistful ballad, “Always Heading Home,” featuring Loren Gold, keyboards, and Jon Button, bass.

Music director and conductor Daniel Meyer built his playlist around Cleveland themes and scenes. “Exploration CLE” made use of engaging selections from the classical canon and beyond that celebrated “what makes Cleveland so special.” Happily, he and his musicians avoided constructing a visual slide show, choosing to let the music speak for itself. END_OF_DOCUMENT_TOKEN_TO_BE_REPLACED

You could see the relationship at work on a practical level. Repertoire for two players at the same piano requires a certain choreography. There’s just one of each pedal to share, and the hand crossings left and right — which can be so fun to watch a soloist pull off — get more complicated when another person’s involved. At times, Pompa-Baldi drew a hand away from the keyboard and into his body, making room for Friscioni, and at the close of a few delicate phrases, the two were crouched together over the same final notes at one end of the instrument. END_OF_DOCUMENT_TOKEN_TO_BE_REPLACED

The signature sounds of these famous film scores are not so much John Williams’ invention as allusions to other classical pieces. The foreboding half-step from Jaws, growing more and more furious in the cellos and basses, shares something with Dvořák’s “New World” Symphony and Bartok’s Miraculous Mandarin. END_OF_DOCUMENT_TOKEN_TO_BE_REPLACED