The opportunity to revisit the Mendelssohn motet was nostalgic for Janková. “It was like coming back to my roots. I began my study at the Basel Academy of Music with Hör mein Bitten twenty years ago.”

Sunday evening’s performance left a big impression on the soprano. “The Youth Orchestra was fantastic and the conductor told me that the players were twelve to eighteen years old — my son turns twelve this year. I admired their professionalism, and their focus was marvelous — not only the players, but also the choir. It was a fantastic experience. Playing and singing in Severance Hall with that acoustic must be like having your first flame.”

Mendelssohn’s Lobgesang, Janková’s next assignment, isn’t often performed, although the soprano has sung the work, often referred to as Mendelssohn’s Second Symphony, at La Scala and with the Gewandhaus Orchestra. “I love Mendelssohn — especially his Lauda Zion, the enormous Psalm 42, and his Lieder,” she said.

Lobgesang, composed in 1840 for a festival marking the 400th anniversary of printer Johannes Gutenberg’s invention of movable type, is a unique combination of symphony, cantata, and oratorio. “It was the turning point after a creative crisis for Mendelssohn that lasted more than ten years,” Janková said. “In combining heavenly music with significant passages from the Old and New Testaments, he found a solution for a typical aesthetic problem in Romanticism: a new way to combine words and music.”

The impact of Mendelssohn’s writing can be strong. Janková told the story about her colleague in the Milan and Leipzig performances whose solo line set the words ‘Praise God and forget not all he has done for you.’

“I knew she was a young widow with two small kids whose husband had recently died of cancer. She sang it so deeply that I asked her how she was able to sing those words. She said, ‘There is so much despair in this world that when something happens, everyone asks, Why me, Lord? But I always ask myself, Why not me?’ I never forgot that,” Janková said.

The soprano feels that Mendelssohn’s music is always full of hope. “Lobgesang is about finding trust and comfort in times of the greatest despair. Everything will be good. I hope everybody who hears it will receive an injection of new life and positive feelings.” 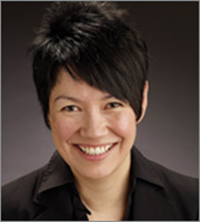 Based on the reactions of her singers, chorus director Lisa Wong said in a separate phone conversation that she’s certain that Lobgesang will leave its mark on audiences this weekend. “The piece was brand-new to me, but it’s an incredibly beautiful work, and I’m thrilled that we have the opportunity to perform it. Mendelssohn sets the texts so perfectly that the music just flows off the page. He really knows how to write for chorus.”

Wong said that her preparation of the chorus includes becoming so familiar with the German pronunciation that the singers can put across the texts in a natural-sounding way. That and paying attention to a couple of fugues. “Those are tricky to put together to make sure that balances are right and the important voices are heard at the right time.”

We talked on Monday just before the first piano rehearsal with Franz Welser-Möst. Wong noted that she’s careful to prepare the music in such a way that the chorus can be flexible, “so Franz can take it in different directions. He may cast a different light on a particular passage, or give us insights into fixing problematic spots. He always enhances the experience for us.” Tuesday and Wednesday evening rehearsals will involve chorus, soloists, and orchestra.

The Mendelssohn performances will mark the final choral events of the season at Severance Hall, as well as the completion of Lisa Wong’s third season as director of the Cleveland Orchestra Chorus (she was acting director for a year before being elevated). “I’m loving it,” she said, adding that the Chorus will sing a couple of runout concerts in late April and early May.

END_OF_DOCUMENT_TOKEN_TO_BE_REPLACED

Supported by engagingly, yet simple staging by Cara Consilvio, a well-prepared cast of singers told the archetypal story of Cinderella with charm and flair. Framing the production was  a sparse but colorful set and wonderful lighting by Dave Brooks. END_OF_DOCUMENT_TOKEN_TO_BE_REPLACED