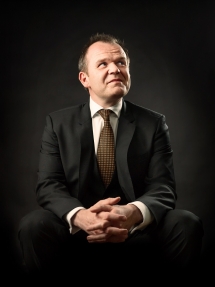 François-Xavier Roth could certainly be called versatile, though there might be a better term for him. His orchestra Les Siècles, which he founded in 2003, harbors a collection of instruments spanning the Baroque, Classical, Romantic, and modern eras, matching instruments with the appropriate repertoire. With all of that at his fingertips, maybe Roth would describe himself as a kind of musical scientist, always looking to experiment.

“I see Les Siècles as a kind of laboratoire where I can explore with the instruments, but also with an orchestra of absolutely adventurous and flexible people,” Roth said during a recent telephone conversation from Paris.

He takes those experiences with him when he leads the London Symphony as principal guest conductor, or the Gürzenich Orchestra and Opera as general music director of the city of Cologne. Or when he stops by The Cleveland Orchestra, as he will as guest conductor this week.

“Having conducted Petrushka with the instruments that premiered it, maybe in Cleveland I can explain the impact of what Stravinsky wanted,” he said. “But many times in rehearsal, I don’t need to express it with words. That’s the magic of conducting.”

Roth will bring Petrushka, the American premiere of “Rêve” from Debussy’s Première Suite d’Orchestre, and Ravel’s Piano Concerto in G to Severance Hall on Thursday, February 28 at 7:30 pm and Saturday, March 2 at 8:00 pm. Pianist Javier Perianes replaces violinist Patricia Kopatchinskaja, who was scheduled to play Peter Eötvös’s Seven but canceled due to illness.

You might be surprised to hear that Debussy’s first orchestral suite received its premiere only seven years ago, in the hands of Roth and Les Siècles. That’s because the manuscripts of this student work — both its orchestral score and its piano duo version — were “lost” for decades, held for a time by the family of one of the composer’s friends, and eventually discovered in the Morgan Library in New York.

A further complication: the orchestration of the third movement, “Rêve,” never actually turned up. Thankfully a fellow Frenchman, composer Philippe Manoury (below), came to the rescue. 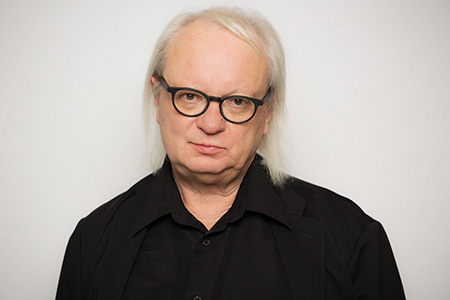 Roth described Manoury’s reconstruction of the movement as “very respectful” of the young Debussy. “This is a touching part of Debussy’s personality which we didn’t know that well,” he said. “It’s almost shocking to see everything that is in this music — that is to say, the influence of Chabrier, of Delibes, but also for sure of Wagner. When Debussy listened to Tannhäuser, he was still a student, and for him it was such a surprise to hear this new music.”

At the same time, Roth said that Manoury himself comes through as well. “It’s interesting because Manoury can be seen as the development of Debussy. We often say in France that Boulez came after Debussy, and Manoury after Boulez. So he’s like the grandson in music of Claude Debussy.”

I asked him to say more about Manoury, and how exactly he comes across in this reconstruction. “Today we don’t have that many people who really reinvent what is an orchestral machine,” he said. “And Philippe is one of them. I’ve conducted so many works by him, and what I appreciate a lot is that he’s so interested in the resources of the orchestra.”

Roth pointed to the Köln Trilogy, a cycle Manoury wrote for the Gürzenich Orchestra. The first piece, Ring, rearranges the instruments into different groups spaced out around the hall, with a “small Mozart-type orchestra” on the stage “as a symbol of past history,” the composer writes in his program notes.

“And the work is absolutely gorgeous,” Roth said. “What I love are these new combinations, these new colors that he really invents in the orchestra, to prove that this form still has amazing resources which are not known.”

That kind of “revolutionary writing,” as Roth said, doesn’t translate directly to “Rêve.” But the conductor still finds himself taken by certain groupings of instruments which suggest both late Debussy and Manoury himself. “It’s the culture of the sonority,” he said. “We very often talk about subtlety in French music — the art of the colors — which has much to do with Manoury’s music.”

In addition to its world premiere in Paris, Roth has conducted numerous national premieres of this reconstructed movement. “It’s a work now which is very often performed, and I’m looking forward to doing the first in America with The Cleveland Orchestra.”

Eric Charnofsky, who teaches at Case Western Reserve University, will give a free concert preview in Reinberger Chamber Hall an hour before each performance.