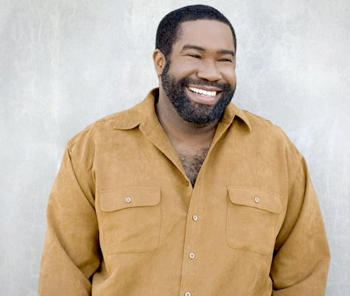 In a promotional video, Cleveland Orchestra Music Director Franz Welser-Möst explains that Antonín Dvořák’s Stabat Mater is “the composer’s personal reflections after having just lost a child.” (Click here to watch the video: the Dvořák starts at 2:52.)

On Thursday, May 26 at 7:30 pm and Saturday, May 28 at 8:00 at Severance Hall, The Cleveland Orchestra and Cleveland Orchestra Chorus, under the direction of Welser-Möst, will conclude their 2015-2016 season with the Czech composer’s setting of an emotional medieval poem that sums up the thoughts of Mary standing at the foot of the cross when Jesus is crucified. The performances will feature vocal soloists Erin Wall, soprano, Jennifer Johnston, mezzo-soprano, Norbert Ernst, tenor, and Eric Owens, bass.

The Orchestra has extended a special $25 ticket offer for readers of ClevelandClassical.com for this week’s concerts. Purchase tickets here using promo code 26082.

“As he was composing it he lost two more children, so the whole piece is a meditation,” Welser-Möst continues. “It’s very touching because it’s a personal statement about how one deals with the death of your own children — the Virgin Mary mourning the loss of her son — and Dvořák can relate to that because of his own personal experiences.”

In a recent telephone conversation, bass Eric Owens pointed out that the Dvořák work is rarely performed . “It’s not a piece that’s done all that often, so when it is, it’s something incredibly special,” Owens said. “When I look at it compared to some of the more popular Dvořák works, it’s a shame that more people don’t know it. But it’s a wonderful piece and I’m happy to be doing it with The Cleveland Orchestra.”

Owens said that he looks forward to singing the bass solo “Fac, ut ardeat cor meum,” but it is Dvořák’s masterful ensemble writing that he finds most gratifying. “Whether it be on the opera stage or concert hall, I get more of a kick out of singing a duet or trio than I do an aria because you’re creating something with others. There’s something very special about being part of an ensemble and creating harmony together.”

Regarding the somber nature of the text, Owens jokingly said that “it’s as close to a Requiem as it gets without being one.” He pointed out that it has attracted composers for centuries: Palestrina, Vivaldi, Domenico and Alessandro Scarlatti, Pergolesi, Haydn, Rossini, Verdi, Poulenc, and Pärt have all set the text to music.

“I think there are a couple of reasons why,” Owens said. “Number one, the death of a child is not the natural order of things, although this child is a pretty special one. There’s something that stings a little more, perhaps, than the death of a parent. I think that kind of emotion brings out the creative juices — there’s this link between creativity and sorrow. Number two, there’s so much emotional texture with the Madonna at the cross on both a human and celestial level. When you put all of that in the mix, for Christians, the very mother of God grieving the savior of the world — that is inspiration.”

Owens also pointed out that Dvořák’s Stabat Mater is very different from his more “popular” pieces, although there are stark differences in style between the secular and sacred works of many composers. “For me the composer where that’s most obvious is Haydn. His symphonies are wonderful and his string quartets are masterpieces, but when you listen to the masses, and especially The Creation w ith its sacred text in the middle and the Milton in the second part, there is something inspired, and we’re all the better for it.”

A native of Philadelphia, Eric Owens began studying the piano at the age of six. While in junior high school he switched from the clarinet to the oboe, which he studied with Louis Rosenblatt of the Philadelphia Orchestra. It was not until his senior year of high school that he began to seriously study voice.

“When I was playing oboe in the Philadelphia Youth Orchestra, the conductors were Robert Spano, Paavo Järvi, and Miguel Harth-Bedoya. At the time I had no idea I was going to be a singer, but I went on to sing with those guys. And when I played operas in the pit — I mean, who knew that all these years later I’d be on the stage? I’m really grateful for the career that I’ve been able to have, and for the wonderful music I’ve been able to perform with such amazing musicians around the world. There are moments when I definitely pinch myself.”

In addition to his demanding singing career, Owens also is a dedicated teacher and mentor. He has worked with members of San Francisco Opera’s Merola Opera Program and Washington National Opera’s Domingo-Cafritz Young Artist Program. He was artist-in-residence at Glimmerglass, and has served as one of Chicago Lyric Opera’s community ambassadors. This season he is serving as the New York Philharmonic’s Mary and James G. Wallach Artist-in-Residence.

It is clear during our conversation that Eric Owens loves what he does, and he brings his vivacious personality to his master classes, as well. (Click here to watch a Q&A session with Owens at Juilliard.) “Any time I interact with young people, I try to address everything with a touch of humor, and I try to remember that I was there at one point, as well,” Owens said. “I’m tough with them, but I’m always encouraging and rooting for them. I come from a position of love for the art form, for the music, for the singing, and I try to have that love be contagious. That title ‘master class’ — I’m not a master, I’m as much of a student as they are. I’ve just been around for a little bit longer, and through experience I’ve been able to do certain things a little bit more consistently than I used to. I try to encourage them to do the same.”

Wrapping up our conversation, Eric Owens said that he looks forward to being back in Cleveland. “The Cleveland Orchestra is an awesome band and it’s always a pleasure because not many orchestras have what Cleveland has. They are an incredible ensemble, and they are quite fortunate that the instrument that they play, Severance Hall, is on par with them, so it’s a wonderful combination of the Orchestra and Severance.”

END_OF_DOCUMENT_TOKEN_TO_BE_REPLACED

Although it wasn’t the original plan to go online last weekend for the final round of the James Stroud Classical Guitar Competition, moving to a digital format suited the event well. Young performers Aytahn Benavi, Patricia Hernandez, Ian Tubbs, and Eric Wang played in the intimate setting of their own homes, giving everyone who tuned in a front row seat. END_OF_DOCUMENT_TOKEN_TO_BE_REPLACED

END_OF_DOCUMENT_TOKEN_TO_BE_REPLACED

Joining a long list of arrangers, Parker Ramsay has now transcribed the Variations for the modern pedal harp, an instrument for which he holds a master’s degree from Juilliard, in addition to a degree in history from Cambridge University, plus a master’s in historical performance (organ and harpsichord) and an artist diploma (organ) from Oberlin. END_OF_DOCUMENT_TOKEN_TO_BE_REPLACED